Головна Новини To establish justice. Public organizations have announced a list of demands to future MPs

To establish justice. Public organizations have announced a list of demands to future MPs 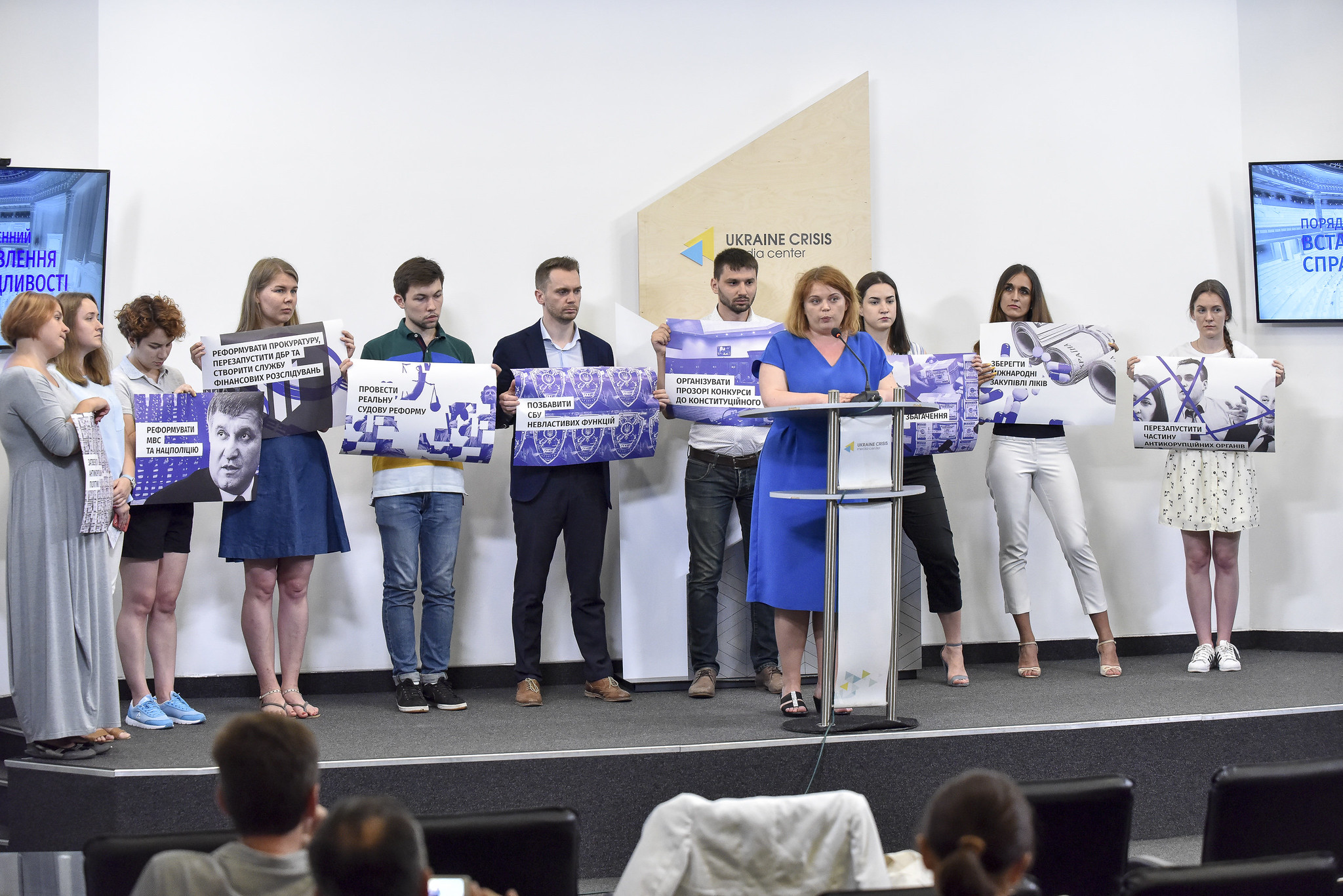 17 public organizations called on political parties and candidates to support the demands of civil society essential for establishment of the real, not just declarative, justice in Ukraine.

Freedom and justice are the greatest values for Ukrainians. However, even after the Revolution of Dignity the desired justice has not come.

The reasons are the failure of the reform of the courts, the prosecutor’s office, the police, and the lack of punishment of top corrupt officials.

Instead of doing the job they are supposed to do, some of law enforcement agencies cover up corruption. In Ukraine, Lady Justice is accountable to politicians, not society. Moreover, the positive changes that have been achieved over the past 5 years are constantly in jeopardy.

That is why Ukrainian civil society organizations have united to put forward common requirements for political parties running for the Verkhovna Rada in the 2019 elections.

They demand the next parliament to establish justice.

For this purpose, the MPs should ensure proper reform of the judicial system, prosecutor’s office, police, reset of some of anti-corruption agencies, reinstatement of liability for illicit enrichment, deprivation of the SBU of functions uncharacteristic of it, and preserving such positive changes as international procurement of medicine.

Public organizations are calling on parliamentary election contestants to support the Agenda to Establish Justice and to implement it after being elected to the Verkhovna Rada.

For their part, activists are ready to meet with representatives of political parties for public discussion of the agenda.

Political parties are urged to publicly declare their proposals regarding:

Public organizations that will put forward demands for future parliamentarians: