Private Israeli intelligence was preparing attacks on AntAC in 2017 — investigation 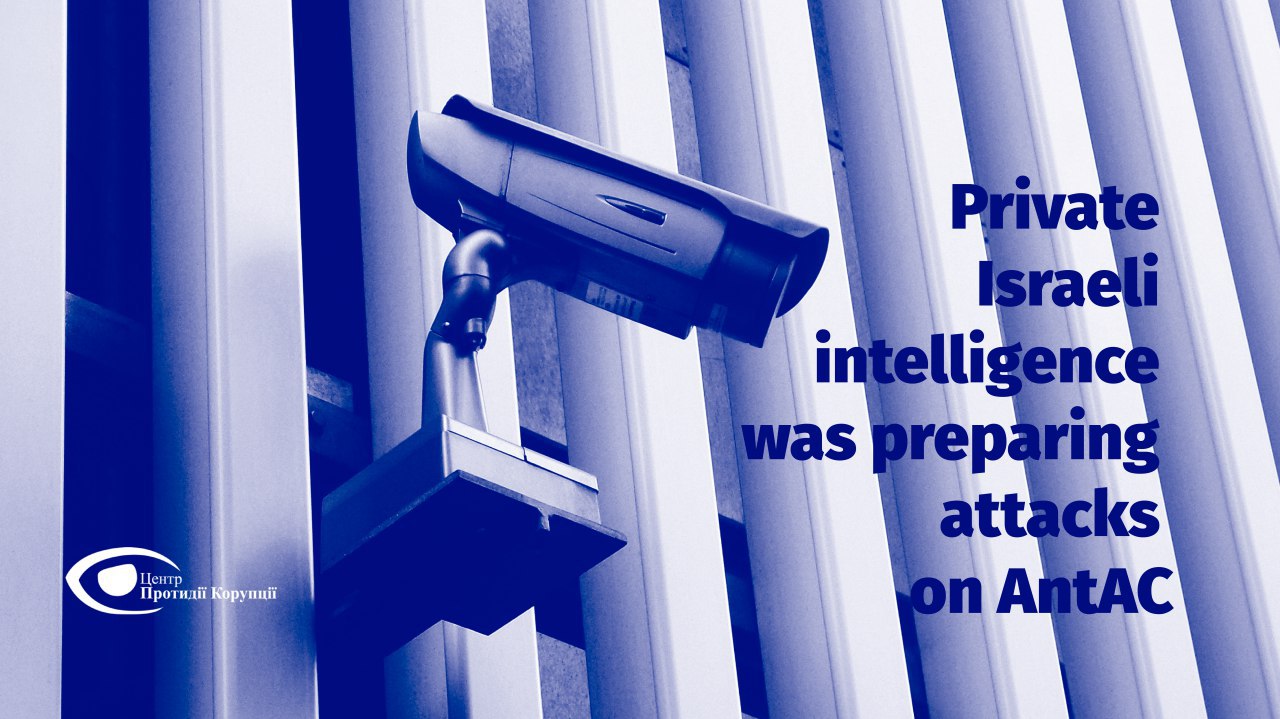 The Israeli company Psy Group was behind the disinformation campaign against the Anti-Corruption Action Center in 2017. This is stated in the investigation of American journalist Scott Stedman for the publication Forensic News.

The journalist learnt about it thanks to the trial in Canada. Hundreds of pages of court documents, as well as questionnings of many people familiar with activities of Psy Group, showed for the first time that the company conducted the disinformation campaign which was aimed at two anti-corruption activists in Ukraine, namely: Vitaliy Shabunin, the Head of the Board of the AntAC, and Daria Kaleniuk, the Executive Director of the organization.

According to the article, Psy Group is the company that collects information and manipulates social media. It is based in Israel. It included many former Israeli intelligence officers. Today, the company is no longer operating.

The New Yorker calls Psy Group “private Mossad” and states that its services in average cost 350,000 USD or 275 USD per hour, according to the company’s report.

Psy Group is known for attempts to sell its services to members of Donald Trump’s election campaign and as the result fell under the investigation of Robert Mueller, according to journalists.

Psy Group’s organized campaign to discredit members of AntAC led to the fact that at least two YouTube videos were distributing false information about Ukrainian activists. Videos are still online.

Two completely fake “news releases in English” were posted on the channel Storozh Ukraina and have over 20,000 views. This indicates about the promotion of videos through advertising. Storozh Ukraina is another anonymous association of citizens who “expose” anti-corruption.

Facebook users found the anchorman who “exposed” Ukrainian anti-corruption activists. It was the actor Michael John Wolfe. He can play any role for the reward. For instance, chef or fitness consultant.

“We are under constant pressure of Ukrainian army of trolls and corrupt law enforcement agencies. We are used to it. However, hiring foreign intelligence companies for attacks on the civic organization which consists of 20 people in Ukraine is something deeper and more dangerous”, comments Daria Kaleniuk, the Executive Director.

More about attacks on the Anti-Corruption Action Center: http://attack.antac.org.ua/en