Prime Minister did not ask to dismiss the AMCU state commissioner 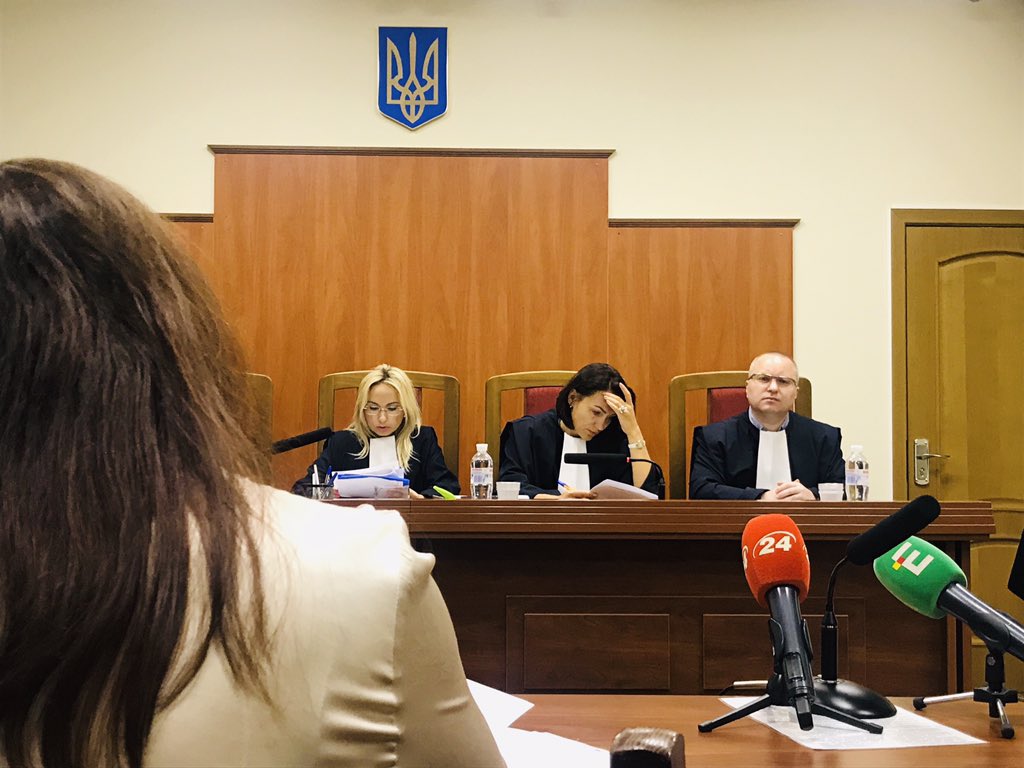 Today the court held the first hearing of the case of Agia Zagrebelska, the former state commissioner of the Antimonopoly Committee of Ukraine, versus the President of Ukraine Volodymyr Zelensky. Ms. Zagrebelska has opposed a decree to dismiss her, considering it to be unlawful.

During the court hearing, it was revealed that the Prime Minister Volodymyr Groysman had made no submission to the president for the dismissal of the state commissioner, which is the procedure prescribed by the law.

This was stated in the letter from Serhii Dekhtiarenko, the deputy state secretary of the Cabinet of Ministers. 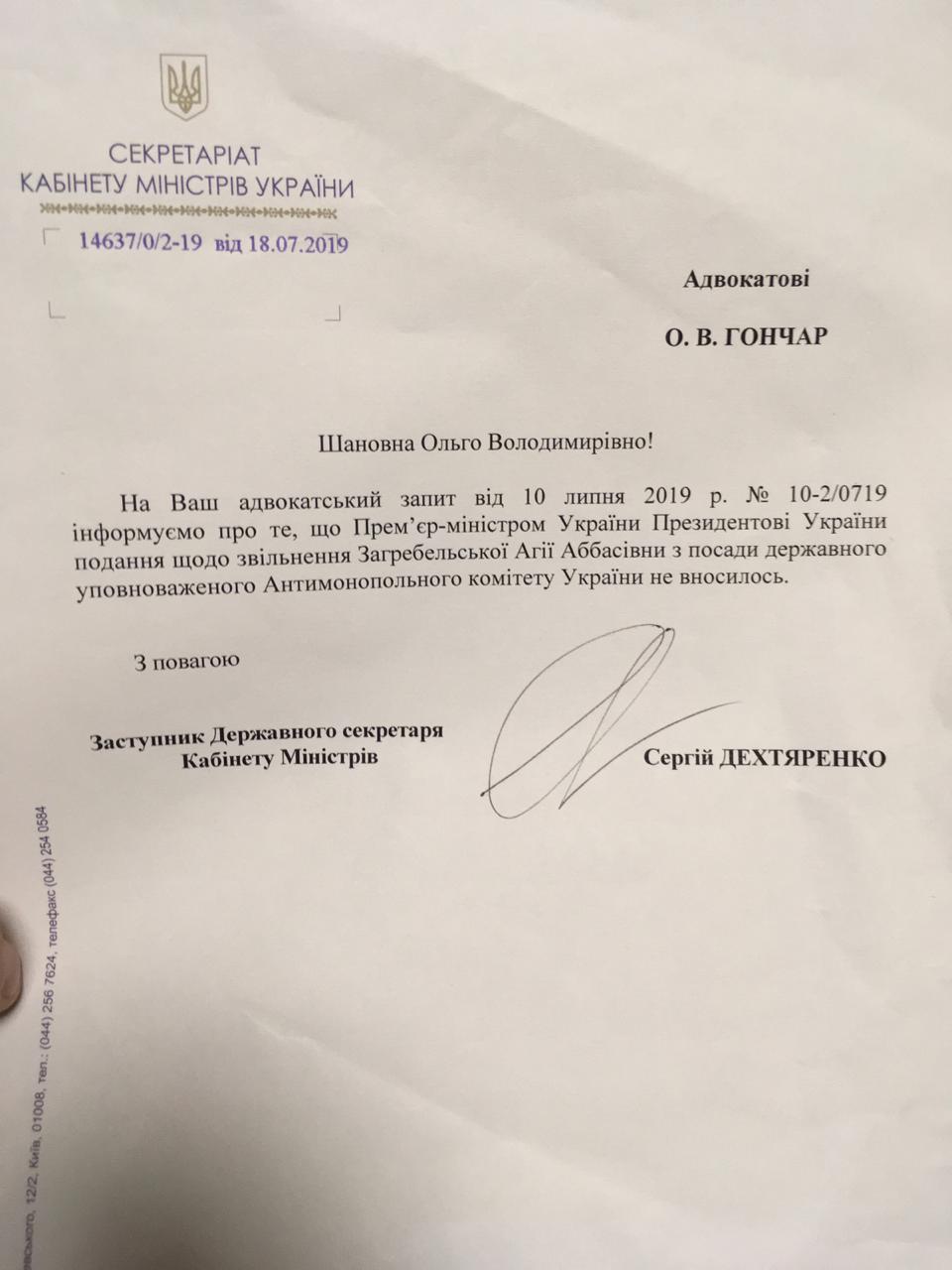 According to the presidential decree, Ms. Zagrebelska was dismissed on 5 July in line with article 11, part 1 of the Law of Ukraine On the Antimonopoly Committee of Ukraine.

The said law stipulates that the procedure to dismiss an AMCU state commissioner requires the Prime Minister of Ukraine to make a submission based on a proposal of the AMCU head.

Earlier, the Anti-Corruption Action Centre (AntAC) received a reply from the Presidential Office saying that Agia Zagrebelska was dismissed upon submission of the AMCU head Yurii Terentiev, but not Volodymyr Groysman.

That was a violation of the dismissal procedure, as the head of the AMCU has no powers to make such submissions.

Moreover, there were no grounds for the dismissal as envisaged by article 18, part 2 of the Law of Ukraine On the Antimonopoly Committee of Ukraine.

“Zagrebelska has all chances to win this case, unless the court postpones the case every time or becomes really ‘inventive’. In any case, she will win at the European Court of Human Rights,” notes Andrii Savin, lawyer of the AntAC.

Agia Zagrebelska says that she did not file the lawsuit in order to return to her position. “I’ve filed this lawsuit because I believe that the president’s decree is illegitimate and has political grounds, not the legal ones,” commented Ms. Zagrebelska after the court hearing.

The former state commissioner of the AMCU claims that her dismissal could be beneficial for influential monopolists whose cases she investigated or against whose interests she voted under their cases.

The court decided to postpone the hearing to 18 September upon the request of the president’s representative, who asked for more time to study materials of the case.

During the hearing, the lawyer of Ms. Zagrebelska applied to call for evidence from the Antimonopoly Committee, which it had failed to provide upon her request.

Agia Zagrebelska is known for her investigations of the gambling business, intermediary shell companies providing access to the base of evaluation reports of the State Property Fund of Ukraine, a cartel agreement of food suppliers of the Ministry of Defence, and various schemes in the domain of the Ministry of Justice.

The next court hearing is slated for 2:30 p.m. on 18 September. Address of the court: 8 Moskovska St., building 5. Presiding judge: Nataliia Blazhivska