Головна Новини First steps for the establishment of justice. A discussion of priorities for next parliament held in Kyiv

First steps for the establishment of justice. A discussion of priorities for next parliament held in Kyiv

On 16 July, representatives of political parties participating in the parliamentary elections, executive authorities, the civil society, and diplomatic institutions discussed the Agenda for Justice and its implementation.

Overall, more than 100 persons took part in the forum Establishment of Justice — the Agenda for Next Parliament. 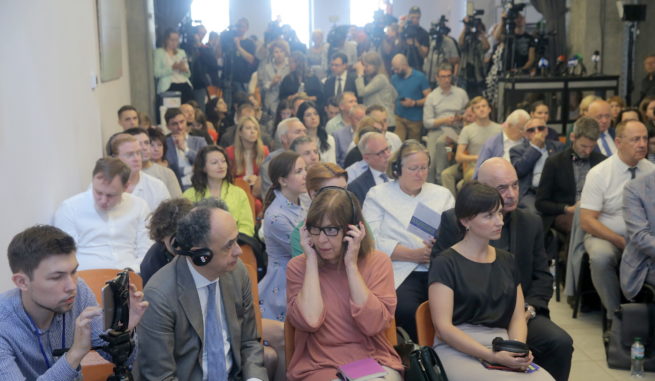 Speakers of the event included the Head of the EU Delegation to Ukraine Hugues Mingarelli, Secretary of the National Security and Defense Council of Ukraine Oleksandr Danylyuk, Deputy Head of the Presidential Administration Rouslan Riaboshapka, Director of the National Anti-Corruption Bureau of Ukraine Artem Sytnyk, Director of the USAID/ENGAGE project Roland Kovats, Judge of the High Anti-Corruption Court Lesia Fedorak, Deputy Chairman of the Golos party Yaroslav Yurchyshyn, Deputy Chairman of the Batkivshchyna party Ivan Krulko, parliamentary candidate of the Samopomich party Oleksandra Drik, Executive Director of Transparency International Ukraine Andrii Borovyk, Chairman of the Anti-Corruption Action Centre Vitaliy Shabunin, and Chairperson of the Board of Anti-corruption Headquarters Yulia Grechka. 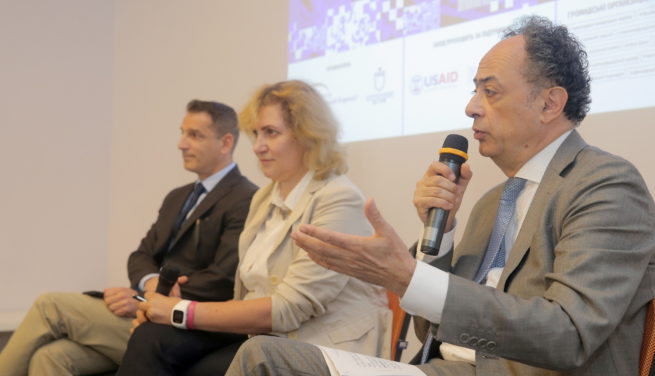 Freedom and justice are the greatest values for Ukrainians. However, the desired justice has not come to Ukraine yet due to the failure of the reform of the courts, the prosecutor’s office, and the police, as well as the lack of punishment for top corrupt officials. The public expects justice to be established by the next parliament. 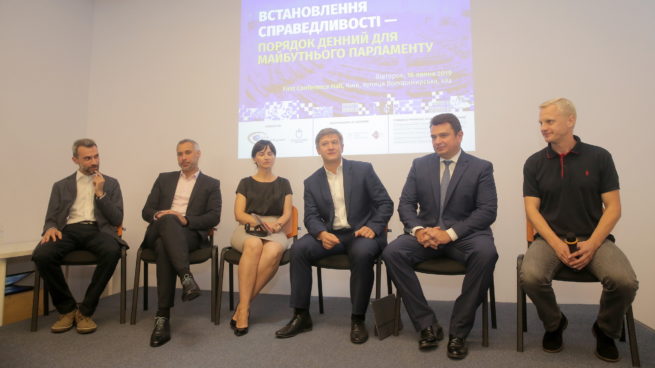 For this reason, the Coalition of 18 civil society organizations has set requirements for parliamentary candidates to establish real justice in Ukraine.

The agenda focuses on the following priorities: to ensure the proper reform of the judiciary, the prosecutor’s office, and the police; to relaunch some of the anti-corruption bodies; to restore responsibility for illicit enrichment; to cut non-typical functions of the Security Service of Ukraine; and to keep such positive changes as international procurement of drugs.

Six parties have already supported the agenda, having committed to implement it after they get into the parliament – these are namely: Sluga Narodu, Golos, Samopomich, Hromadyanska Pozytsia, and Syla Lyudey, joined today by Batkivshchyna.

Read more about the Agenda for Justice: http://justiceagenda2019.org.ua