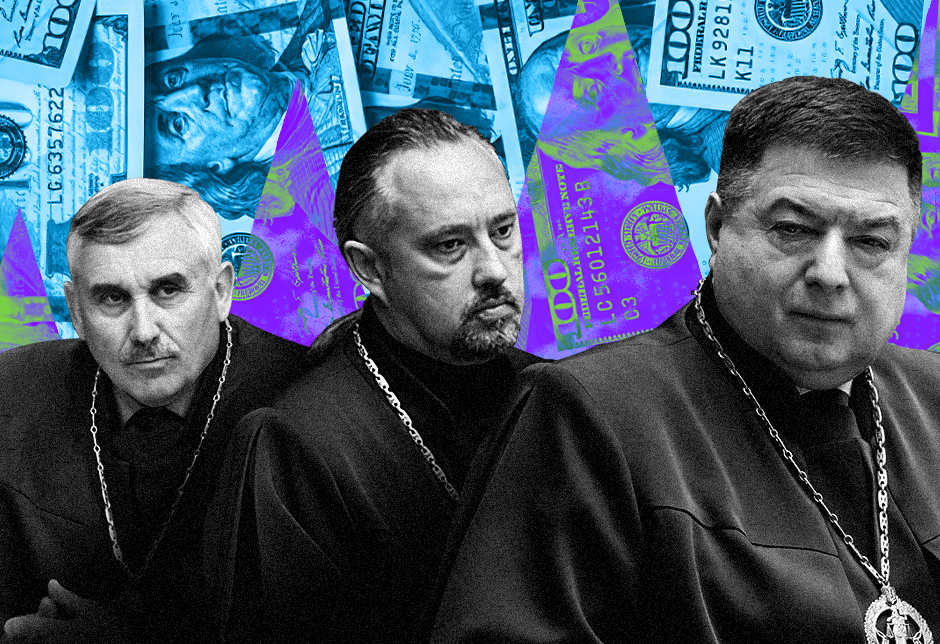 Dmytro Razumkov’s draft law needs to be approved so that it reinstates the validity of provisions of the anti-corruption legislation.

The draft law consists of two key provisions which propose:

1. “to restore effect” of those provisions that were declared unconstitutional in the wording on the day of adoption of the decision of the CCU.

2. to instruct the Cabinet of Ministers to develop the draft law with proposals for amendments during the next two months to take into account the decision of the CCU regarding levelling the declaration.

They are trying to present Razumkov’s draft law as one that is the way out of the constitutional crisis and restoration of asset declarations. However, the draft law does not fulfil either the first or the second goal.

Why does this draft law not solve the CCU crisis?

Decision of the Constitutional Court regarding the declaration and powers of the NACP most clearly showed how unfounded decisions of the CCU could be and what damage they could cause.

Problems with this decision are obvious. There is no proper justification of unconstitutionality of most norms, judges of the CCU went beyond the subject of submission, did not even try to find out the opinion of participants of proceeding on relationship between examination of declarations and independence of judges, relied on absurd manipulations for the sake of demolishing as many provisions of the law as possible.

After such decision, it is clear to everyone that judges of the CCU are in fact not restricted from repeating the same manipulations when considering following cases regarding key reforms.

Razumkov’s draft law in no way stops the Constitutional Court from “producing” similar unjustified decisions in other cases. For instance, on the High Anti-Corruption Court or the Deposit Guarantee Fund. Negative consequences from them will be even greater in comparison to the decision regarding control of declarations.

Thus, since the issue of activity of the Constitutional Court is not raised here at all, the draft law does not help to avoid such arbitrary decisions in future.

Judges of the CCU will be able to continue to make such unjustified and biased decisions, which will undermine achievements of recent years and even call into question our further cooperation with Western partners.

Why does this draft law not solve problems regarding submission of declarations by officials?

Both at the meeting of the Rada and in public communication many Members of Parliament convince society that this draft law allows to quickly “repair” procedures for examination of declarations, powers of the NACP and to restore responsibility for false declarations. However, the draft law in its current form will not be able to provide this.

As it was mentioned above, it is proposed to simply “restore effect” of those provisions of the law that were declared unconstitutional.

It would be possible to “restore effect” of repealed provisions by the CCU if they were simply suspended. However, on October 27 this year, on the day of adoption the decision by judges of the CCU, these norms have already expired. Article 152 of the Constitution of Ukraine stipulates that unconstitutional acts or provisions shall cease to be valid from the date of adoption the decision of the CCU, if it is not postponed in the decision itself. Provisions that were declared unconstitutional by the CCU have in fact ceased to exist, that means that it is simply impossible to restore effect of non-existent provisions.

This means that if the law is adopted in proposed wording, almost all conducted examinations, compiled reports and conclusions on violations could be successfully appealed in courts and few more months of the NACP’s work will be effectively wasted.

The article on criminal responsibility is unlikely to be applied at all. On the one hand, because of the same doubtful prospect of applying the invalid norm, and on the other hand, investigators and prosecutors themselves will unlikely make efforts to investigate proceedings under this article, realizing that it will change again and previous cases will “vanish” again with high probability.

It is advantageous for many Members of Parliament to adopt the draft law in this form, as it allows them to pretend that the problem no longer exists, but it has not really solved anything. In fact, it will allow all officials to submit another annual declaration and there will be no criminal responsibility for false data in it.

You can also be sure that current composition of the Constitutional Court will quickly be able to declare this law unconstitutional if the regarding submission is quickly initiated by the group of Members of Parliament (unfortunately, there is no doubt about that either).

What is the way out?

The draft law, whose authors are Razumkov and 125 other Members of Parliament, cannot be adopted in full during the first reading. It must be finalized before second reading so that it really restores provisions of the anti-corruption legislation.  At the same time, it is necessary to prevent the Constitutional Court from adopting clearly ungrounded and manipulative decisions that destroy institutional reforms and call into question our partnership with the EU and other international partners.

STATEMENT. We call on MPs to take into account the recommendations of the Venice Commission in the law on the appointment procedure of judges of the Constitutional Court