Home Новини From the Prosecutor General's Office to the Supreme Court: who helps to cover up for Tatarov from the NABU

From the Prosecutor General’s Office to the Supreme Court: who helps to cover up for Tatarov from the NABU 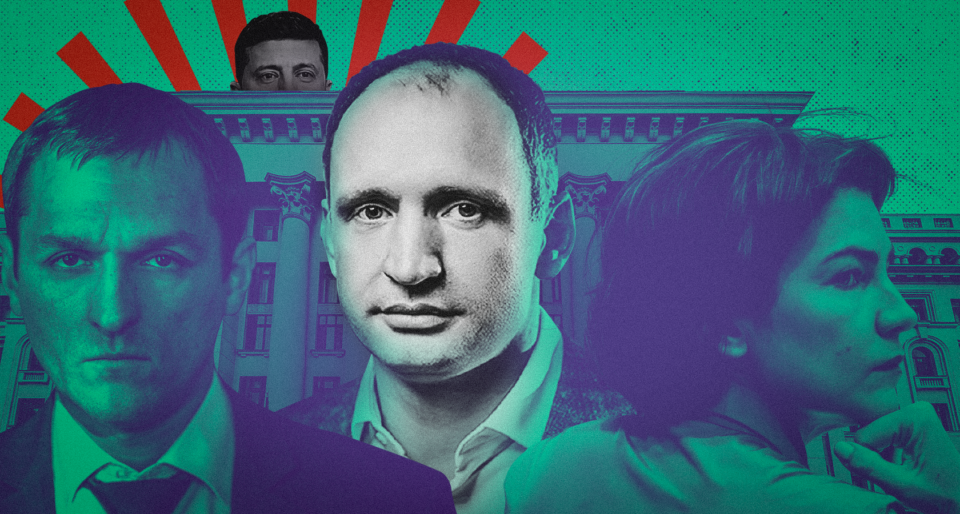 If to dig in deeper, then dumping of Oleg Tatarov’s case is the reflection not only of hand-raised nature of the Prosecutor General and her Office, but also the judicial system of Ukraine

The Prosecutor General’s Office decided to take the case against Ukrbud, where the subject is deputy head of the Office of the President Oleg Tatarov, from the National Anti-Corruption Bureau and transfer it to the Security Service of Ukraine.

According to the NABU, this decision was made secretly without consultations with the Bureau and the Specialized Anti-Corruption Prosecutor’s Office, in fact under cover of night. Namely: at 11:42 p.m. And this despite the fact that the Criminal Procedure Code explicitly prohibits transfer of cases under investigation by the NABU to other bodies of pre-trial investigation.

Essence of the case

On December 2, 2020, it became known from the court meeting in the High Anti-Corruption Court that: “Oleg Tatarov, one of key officials of the Office of the President, is subject of the case of former MP Maksym Mykytas about seizure of 81 million UAH during transfer of apartments to the National Guard.” Despite all “efforts” of the Prosecutor General Iryna Venediktova, the suspicion to Tatarov was signed and handed over. And they had to choose precautionary measure on Thursday, December 24.

But Venediktova “kept going”. In 22 days, she was able to “quickly, fully and effectively” investigate all circumstances of the case and with help of her deputy Oleksiy Symonenko transferred the case to the SBU, headed by friend of the President Volodymyr Zelenskyi Ivan Bakanov, on the eve of December 23 just before meeting at the Anti-Corruption Court. The NABU rightly called it the “unprecedented interference.” On December 25, it became known that the NABU opened the criminal proceeding due to Venediktova’s possible illegal interference into Tatarov’s case.

At the same time, before transferring case to the SBU, Venediktova withdrew (and in fact removed herself from proceeding) and excluded herself from the group of prosecutors. She did it in such a way that other prosecutors also did not know whether they remained in the case and no new prosecutors were appointed. Due to this circumstance, the Anti-Corruption Court had to postpone the meeting regarding selection of precautionary measure for Tatarov on December 28, so that the Prosecutor General could correct the problem he had created.

In fact, the Prosecutor General and his deputy saved Tatarov from possible arrest with bail in the amount of 10 million UAH. But “independent” Ukrainian courts have also joined the process.

The role of judges

On December 14, judge Sergiy Vovk from Pechersk District Court of the capital made Venediktova to take the case from the NABU and transfer it to “another pre-trial investigation body.” In fact, this decision was made in favor of Tatarov and Konstantin Dubonos (in early December, detectives announced about new suspect in case of Mykytas. He was official of forensic center of the Ministry of Internal Affairs Konstantyn Dubonos – edited).

Let us remind you again: article 33-1 of the Criminal Procedure Code provides for consideration of any complaints, statements and appeals exclusively in the High Anti-Corruption Court. Judge Vovk had to refuse to consider this issue.

Despite this fact the suspect’s lawyer Dubonos went to Kyiv Court of Appeal and appealed against decision of the judge Vovk, although it was made in favor of his client. Do you think is this nonsense? Not at all. Because appeal in Kyiv Court of Appeal makes it possible to keep the case from the Appeals Chamber of the Anti-Corruption Court. Materials will not be simply transferred there.

But on December 18, the Prosecutor General Venediktova also decided to appeal against decision of judge Vovk from Pechersk District Court. At the same time, she openly played into hands of Dubonos (meaning Tatarov) and sent the appeal to Kyiv Appeal, but not to the HACC. On the same day, judges of Kyiv Court of Appeal Olga Zhuk and Lyudmyla Kepkal refused to open proceeding against both Dubonos’ lawyers and Venediktova because Vovk’s decision “is not subject to appeal”.

After that, Venediktova personally signed and sent the appeal to the Supreme Court. And on December 23, judges of the Supreme Court of Cassation within the Supreme Court Olga Buleyko, Mykola Kovtunovych, and Yuriy Luganskyi, also refused to open the proceeding. Within few hours Symonenko, deputy of Venediktova, took the case from the NABU and transferred it over to the Security Service.

The speed of case in all three instances is simply cosmic. The whole process took less than 10 days.

Pechersk Court has not transferred materials to the Appeals Chamber of the HACC for three months in similar situation regarding KDAC judges.

The scheme looks very simple and cheeky. But its main task is to deprive the only independent bodies, the NABU, the SAPO and the Anti-Corruption Court of the opportunity to investigate the case of close to the President Tatarov. To do this, the Prosecutor General’s Office is committing illegal actions, and Ukrainian courts are making arbitrary decisions.

It seems that the President Volodymyr Zelenskyi was also involved in it. It is unlikely that he was unaware of such plan regarding rescue of close official from his own Office. In addition, Zelenskyi is the only one who can remove or dismiss Tatarov, but he has not done so yet. Suspected of corruption official still goes to work as if nothing had happened, as he had stated himself before.

Dumping of the case is personal responsibility of Zelenskyi, who holds Venediktova and Tatarov in their positions.

If to dig in deeper, then this is reflection not only of hand-raised nature of the Prosecutor General and her Office, but also the judicial system of Ukraine. After all, the court becomes salvation from impunity of officials in civilized countries, and in Ukraine it only promotes impunity. It was judiciary that Zelenskyi had promised to reform in a grand way. But it has turned out that he is now using this judiciary for his own purposes.