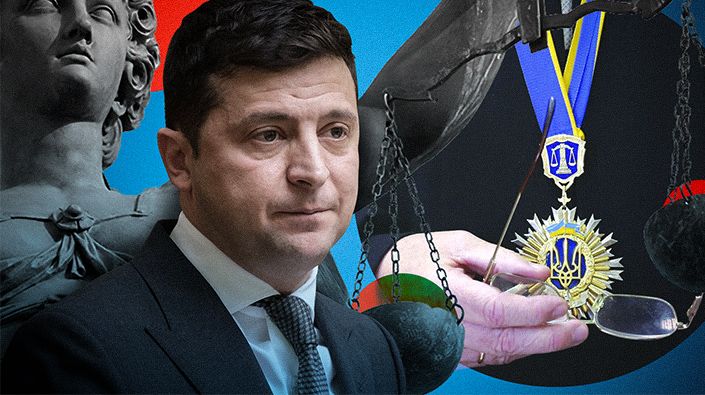 We, representatives of civil society organizations that have been fighting for years for the establishment of fair trial in Ukraine, are waiting for the adoption of the draft law № 5068, which will reform the High Council of Justice (HCJ). However, we call on Members of Parliament to take into account and support the crucial amendment (№733), which will actually clean the HCJ.

Reforming and cleaning the High Council of Justice is prerequisite for genuine judicial reform. Unfortunately, this body has completely discredited itself. Today, members of the HCJ cover dishonest judges, have assets that cannot be explained by official income, and put pressure on whistleblower judges.

The HCJ directly determines who will be chosen to fill in more than 2,000 vacancies in Ukrainian judicial system. Therefore, only real but not fictitious cleaning of this body will allow to conduct real judicial reform.

The President`s draft law № 5068 on reforming the HCJ was considered and voted by Members of Parliament of the Verkhovna Rada in the first reading in May of this year. Among other things, it stipulates that integrity of current members of the HCJ and future candidates for positions in the body will be assessed by the new body, namely the Ethics Council. If the Ethics Council finds that member of the HCJ does not meet the integrity criteria, he or she will be automatically suspended from office. However, he or she can only be dismissed by the appointing authority, namely congresses of judges, lawyers, prosecutors and law schools, the President or the Parliament.

We are convinced that without additional amendments such model is not able to clean the HCJ. Unfortunately, the draft law actually leaves the possibility for congresses to simply ignore the recommendation of the Ethics Council, or put it to vote and fail it there. This will keep dishonest member of the HCJ in his position.

We emphasize that if Members of Parliament support the draft law 5068 without amendment 733, they will deliberately leave loopholes that will allow dishonest members of the HCJ to remain in their positions despite conclusions of the Ethics Commission.