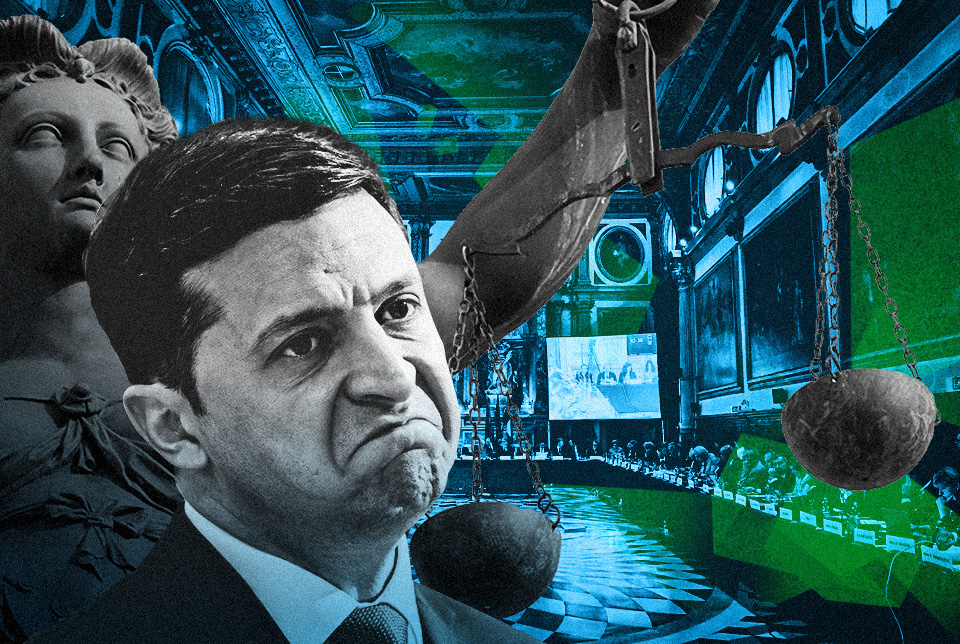 On October 9, the Venice Commission approved its opinion regarding draft law of the President No. 3711 on judicial reform introduced by Volodymyr Zelenskyi in June this year. Experts of the Venice Commission made a number of critical remarks regarding new procedure of formation of the High Qualification Commission of Judges (HQCJ) and stressed on the importance of immediate resolving of the issue of integrity of the members of the High Council of Justice.

After the HCJ had blocked Zelenskyi’s first attempt of the judicial reform this winter, the President introduced new draft law to the Parliament. However, instead of depriving the unreformed HCJ of its influence on key reform processes, the President proposed to hand over even more powers to members of the HCJ, and to neutralize the role of international experts in the selection of members of the HQCJ.

In July, the draft law of the President received green light from the Committee on Legal Policy, and later the speaker Dmytro Razumkov officially sent the draft law to the Venice Commission for the evaluation.

The Venice Commission evaluated the draft law and stated in its opinion that: “As draft law No. 3711 cannot bring a holistic reform, this opinion cannot have a character of a “holistic opinion”.

“This diplomatic wording of the Venice Commission members has a simple message – a comprehensive reform of judicial governance is needed, and the draft law No. 3711 project is not such a reform,” comments Halyna Chyzhyk, an expert at the AntAC.

Experts of the Venice Commission provided more insight on provision of the draft law №3711 and made a number of remarks.

Regarding formation of the HQCJ

According to the Venice Commission, the unreformed HCJ should not receive control over the newly created HQCJ.

International experts may be delegated to the HQCJ Competition Commission only by world-renowned organizations that provide assistance to Ukraine in the fight against corruption. Moreover, the experts of Venice Commission emphasize that in the absence of nominations from internationals, the delegate of experts to the competition commission should not be the Commissioner for Human Rights, as provided by Zelensky’s draft law, but a neutral political actor. It should be noted that earlier the Commissioner was exposed on NABU’s tapes from the unreformed Kyiv District Administrative Court.

The Competition Committee should have possibility to evaluate all information about candidates to the HQCJ, including information with limited access. This means that the HCJ should not influence on this and interfere in the work of the Commission and analysis of candidates.

Concerning renewal of the composition of the HCJ

It is important that the Venice Commission resolved the argument about impossibility of creation separate independent body to check members of the HCJ regarding integrity and selection of new ones: the Constitution allows the creation of such body. With regards to the recent decision of the Constitutional Court, it is important that this body should be independent from the HCJ.

Given that final decisions in both cases are made by bodies empowered with the appointment members of the HCJ (Congress of Judges, Parliament, etc.), the proposed model complies with the Constitution. The important caveat made by the Venice Commission in this context is that such a body is temporary until problems in judiciary are resolved.

Prior to such reform, experts of the Venice Commission emphasize that the HCJ cannot be endowed with any new powers in the judiciary.

Notably, the Venice Commission also mentioned in its opinion the unreformed KDAC. The members of the Commission stressed that complaints against the decisions of the HCJ and the HCCJ should be considered by the Supreme Court. Also, the Public Integrity Council should also be empowered to participate in such cases.

The Parliament must take into account the opinion of the Venice Commission if it wants to maintain the cooperation with the West. Adherence to Venice’s recommendations on judicial draft laws is a prerequisite for Ukraine to receive a loan tranche from the European Union.

Obviously, the draft law No. 3711 needs to be significantly improved before being approved by the Parliament. In addition, the Venice Commission made it clear that the issue of the integrity of the members of the High Council of Justice must be resolved immediately. Therefore, another draft lawl needs to be submitted to the Parliament, which will provide for a comprehensive reform of the HCJ.