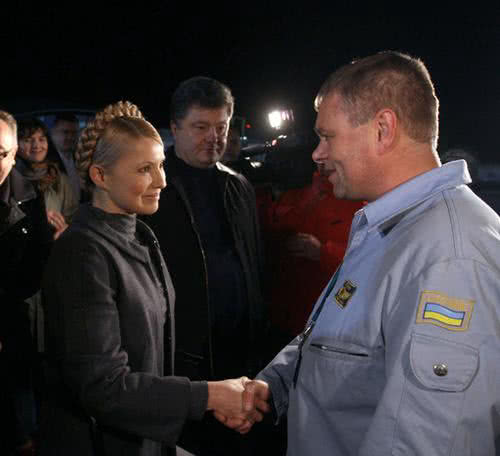 Procurement of out-of-order baby incubators, fake ambulances and “Tamiflu” of swine flu are four times the price of its manufacturer –here are forgotten tales by Ukrainians from the time Yulia Tymoshenko was the Prime-minister.

However, these “golden” times are well-remembered by notorious distributors, shell firms and former chiefs of pharmaceutics regulators from “Batkivshchyna” allies.

Nowadays these entrepreneurs, taken away from the Ministry of Healthcare budget, are forced to work in international procurements of medicines reality, even though they are still making attempts to get the lost sources of super-profits back.

As for Ms. Tymoshenko, she has recently started her own crusade against new team of Ulana Suprun, acting minster of Health of Ukraine, and international procurement organizations.

The goal is obvious: when Tymoshenko headed the Government, the middlemen from her circle could sell medicine for the cancer patients to the Ministry of Healthcare at ten times the price.

For example, Granocyte 34 is one and the same cancer treatment  drug of one and the same produce procured at 205 USD per unit in Tymoshenko times, while now international organizations procure it at 55 USD.

This is just one of hundreds of examples why the old procurement system is cozier for Batkivshchyna leader and his allies, and why Tymoshchenko is waging a real medical war to return former regime.

Autumn of 2009. Flu epidemic, first deaths and not provided medicine for patients could not save their lives on time in Ukraine.

November 2nd, night, Boryspil Airport. Under TV cameras flashes, political leaders of the state are gathered: Yulia Tymoshenko, the Prime-minister, Vira Ulianchenko, the head of the President’s Secretariat and Petro Poroshenko, who is Minister of the Foreign Affairs.

They personally met the plane from Switzerland carrying a precious “Tamiflu” medication cargo”, procured by the Government, and the Ministry of Healthcare headed by Vasyl Kniazevych.

This pompous tale of “rescuing” Ukrainians from the swine flu ended with the scheme of grossly overpaying for procurement of the life-saving medication. Journalists discovered of hot pursuit, that Tymoshenko’s Government procured the medicine at 5 times the price from the shell company, than directly from the manufacturer, the company Roche under the Tamiflu Reserves Program.

Thus, the drug was bought at 251 UAH (22 EUR at 2009 exchange rate) per pack, while prior to the epidemic the manufacturer offered this drug to the Government at 5-6 EUR per pack. 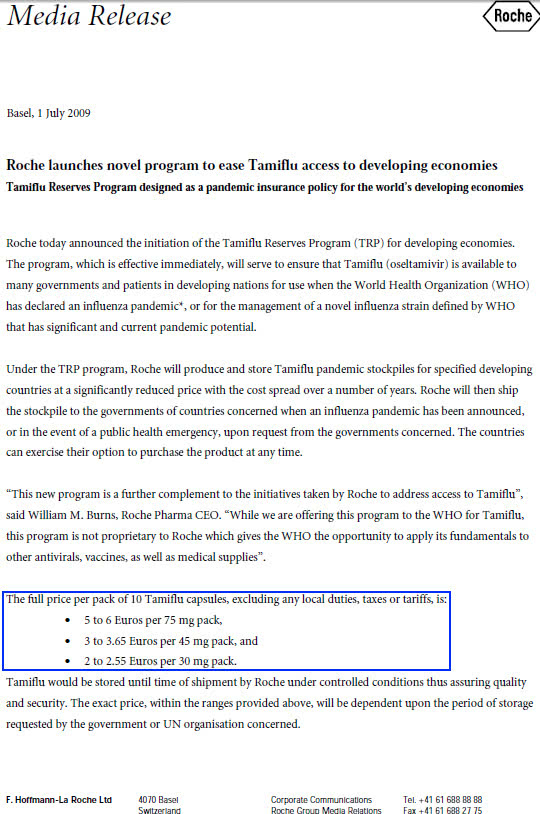 The Ministry, headed by Kniazevych, procured the medication from the notorious “Hanza” distributor company, owned by Petro Bahrii, that was heavily favored at the Ministry tenders.

Chief of the Ministry of Healthcare department Yurii Konstantinov was in charge of Tamiflu procurement then. The journalists found out he previously worked as a company director for Petro Bahrii.

He, just like Yulia Tymoshenko,  scriticize international procurements, as his companies win tenders significantly less, than they did during regime of Prime minister Ms.Tymoshenko.

Just “Hanza” by itself, while Tymoshenko headed the Government, won 198 million UAH worth of state tenders, 185 million out of which did it  thanks to the Ministry of Healthcare tenders. It is worth mention, that at the beginning of Yulia Tymoshenko’s time in office, US dollar was worth less than 5 UAH.

Today the sales of Bahrii  firms have gone down significantly at centralized procurements. However, these firms keep winning tenders and selling medications at several times the price of competitors, in those regions where medications are procured directly instead of via international organizations.

“Overseers from the inner circle”

Her son, Hennadii Padalko, a chief od the State service on medicines, which was previous subordinated to the Ministry of Healthcare under Kniazevych, who made it subordinate directly to the Cabinet of Ministers of Ukraine, headed by… Ms. Tymoshenko.

The other pharmaceutical regulator “State expert center” was headed by Liudmyla Padalko’s business partner Eduard Danyliuk. They were co-owner of the company “Profit” LLC.

Liudmyla Padalko is from Dnipro, just like Ms. Tymoshenko. For the last 12 years, she has been member of the oblast council from the Bloc of Yulia Tymoshenko and member of political council of “Batkivshchyna” party.

Padalko head Dnipropetrovskyi pre-natal center and is very well-off indeed for a doctor: she owns a nearly 500 sq m house, 4 flats, one of which is in Crimea, 2 plots of land, 3 garages and a 165 sq m shop.

Indeed, many things have been forgotten, including the criminal proceeding against Ms.Tymoshenko for the procurement of ambulance vehicles that turned out to be regular vans. As well out-of-order baby incubators procurement were forgotten, amounting to 5 million EUR.

However, as it often goes in Ukraine, they blamed it on scape-goats. It was not the Prime minister or the Minister of Healthcare that were accused, but two customs officers and the maternity ward economist. 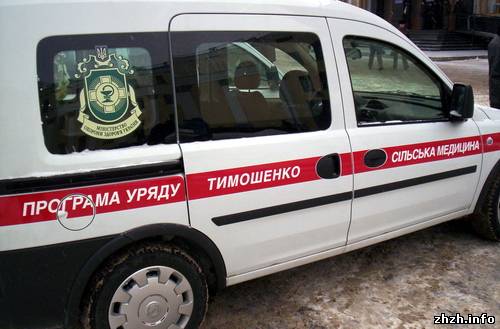 There are another procurement of baby incubators, being put of order, that take place in the same period.

Both procurements take place just before the presidential election and Ms. Tymoshenko personally hands keys of the ambulances to the doctors.

Both vehicles and incubators are procured under the same agreement with company Vamed, which manages the well-known German clinic “Charité”. Tymoshenko herself often receives treatment in this clinic.

Now Tymoshenko is well-liked by voters with short political memory. Even though Yulia Tymoshenko did not officially announce that she is going to run for President, her political party “Batkivshchyna” announced the “new course for Ukraine” and “new opportunities for everyone”. 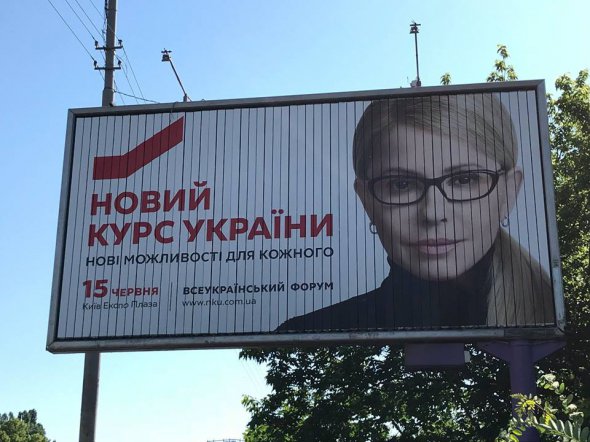 The problem is that by “everyone” this eternal presidential candidate apparently means “everyone in her inner circle”.

Not long before the election the “Batkivshchyna” leader who is often accused of populism took to harshly criticized the medical reform, as medicine nowadays is a sore subject for any Ukrainian citizen.

However, as we can see, she is targeting not the rural medicine, the President’s initiative, which would have been an obvious choice for the “opposition leader” that Ms. Tymoshenko believes herself to be, but international procurements.

Yes, the medicine procurement reform via international organizations, which has proved effective and enables us to save hundreds of millions annually.

It is not surprising, if you look at it, since during Tymoshenko’s golden age, when medications were procured from distributors, it worked have been working very well for her. Seems like these very distributors will be trying to help Ms. Tymoshenko to the Presidential chair by financing her campaign.

It would enable them to return to the old schemes and money flows, and Tymoshenko would later guarantee the procurements not via international organizations, but from the inner circle, the way it was before.

As we can see, before the election, many new members join to this “medical budget spendthrifts” fan club, such as members of parliament and head doctors of the state clinics, who are already betting on the future, or rather classic, even “timeless”, so to say, schemes.

Why “free” heart attack costs so much