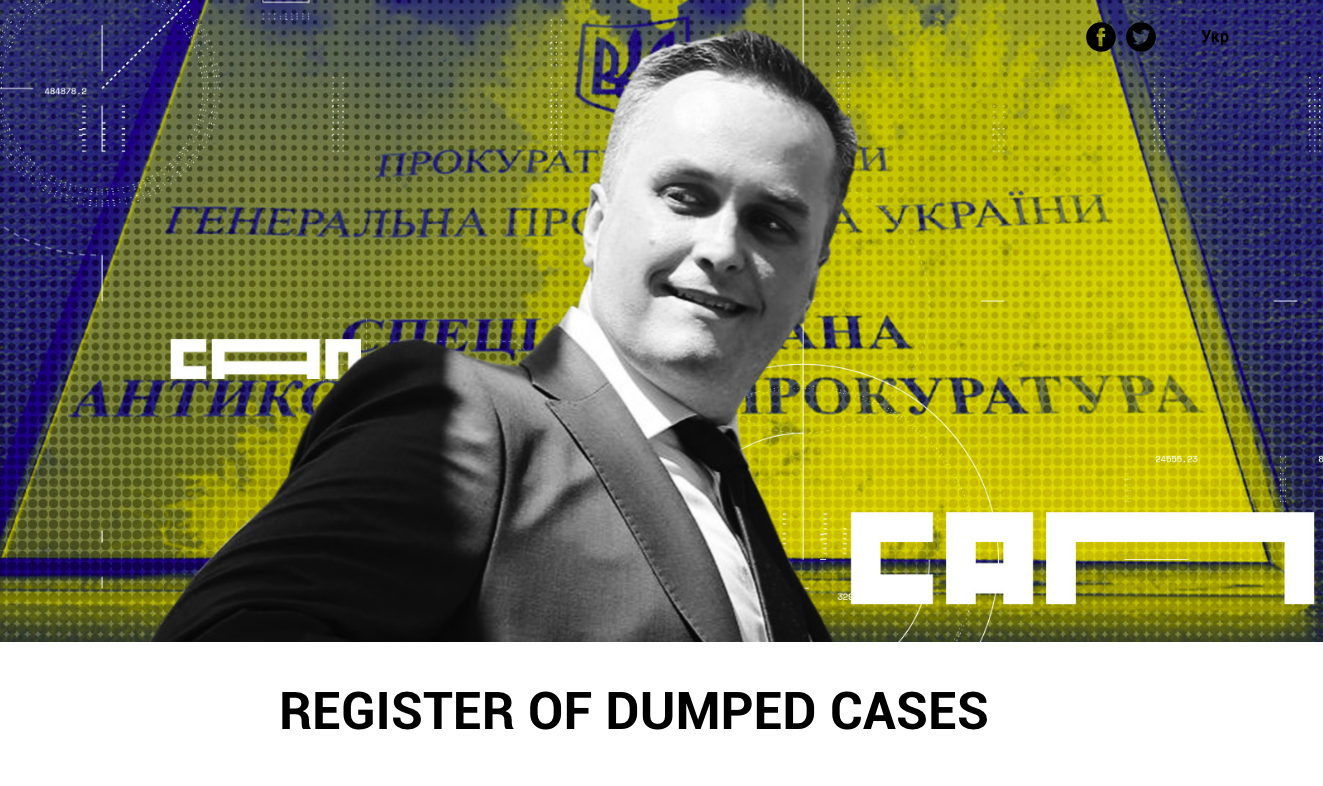 Two proceedings were added by the Anti-Corruption Action Center to the Register of Dumped Cases by the Specialized Anti-Corruption Prosecutor’s Office. These were the case of Ukrzaliznytsya against the MP Valeriy Ishchenko regarding 20 million UAH and the case regarding theft of more than one billion dollars of international investors by the agroholding Mriya.

Detectives of the National Anti-Corruption Bureau (NABU) found that one of organizers of the corruption scheme regarding theft of over 20 million UAH of Ukrzaliznytsya is the Member of Parliament Valeriy Ishchenko. Another case against him has been investigated since 2017.

According to the investigation, the Member of Parliament controlled the group of companies that were used in the scheme of supplying goods to Ukrzaliznytsya at overestimated prices.

However, according to journalists’ information, the SAPO prosecutors “do not see” grounds to send the appeal to the Verkhovna Rada in order to receive the consent to present the suspicion to Ishchenko.

The proceeding regarding agroholding Mriya is another case that was added to the Register of Dumped Cases.

According to the NABU, heads of Mriya seized more than 1,3 billion USD of international investors. To do this, they have been falsifying documents regarding the financial position of more than 140 enterprises of the agroholding during 4 years. As the result, heads of Mriya issued securities and received loans.

The case was transferred several times from the National Police to the NABU. Finally, the SAPO prosecutors decided to close the case regarding the suspicion to former head Mykola Guta in November.

In November 2018, the Anti-Corruption Action Center presented the Register of Dumped Cases by SAPO, the source that gathered 13 top corruption cases, in which prosecutors’ actions made harm to the investigation or reduced chances of real sentences and confiscations for their subjects to zero. Today, there are 17 cases.

Dismissal of the head of the SAPO Nazar Kholodnytskyi and his deputies is currently one of four points of the anti-corruption agenda, which has been already supported by two out of three top presidential candidates, namely Volodymyr Zelenskyi and Yuliya Tymoshenko. Non-governmental organizations are also waiting for the meeting with Petro Poroshenko.