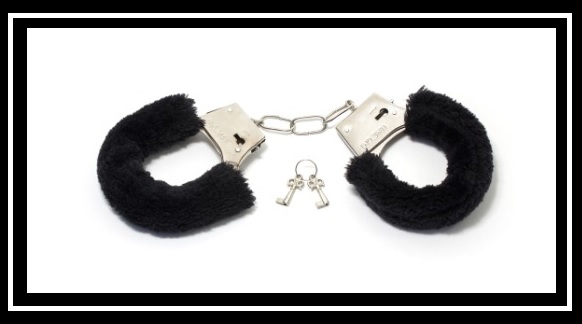 Verdicts to five top-officials came into force. One of them got suspended sentence, another was fined, the third one was released from serving the sentence, and the remaining two made a plea bargain with prosecution.

Since it is hard to say, which estimate is the correct one, we preferred to be guided by our own calculations. However, it wasn’t the quantity of those convicted for corruption that interested us, but rather their, so to say, quality, i.e. social status.

For a year “Nashi Groshi” journalist team painstakingly collected verdicts on five articles on corruption (191, 364, 368, 369, 369-2 of the Criminal Code of Ukraine). These main articles are the ones that Prosecutor General’s Office gets their statistics from. Few verdicts come from the rest 14 articles. According to the Unified State Register of Court Decisions, in January-November of 2017, 871 verdicts were passed on the 5 articles.

Just two of the top officials were convicted, both are heads of district state administrations.

Of all the top-officials who received their sentences in the last 3 years, the only one to actually serve 1.5 years of prison time was Ihor Nemyrovskyi, ex deputy head of the State Inspection of Agriculture of Ukraine. The rest of the officials got sentences that are more lenient; their verdicts either never came into force or were suspended.

All in all, verdicts against five top officials have been passed. One of them got a suspended sentence, another was fined, yet another was released from serving his sentence due to the statute of limitations, the remaining two made a plea deal with the prosecution (details unknown). The rest of the cases are in courts of appeal or cassation, or on a new hearing.

All of the cases published in the Unified State Registry of Court decisions are listed below. In this case these are verdicts concerning seven heads of the State District Administrations, Deputy Head of the State Inspection of Agriculture of Ukraine, first deputy of the State Tax Service of Ukraine, two deputy ministers and one official from the Ministry of Coal Industry.

TOP-OFFICIALS WHO RECEIVED THEIR VERDICTS AFTER THE REVOLUTION OF DIGNITY

* By the top officials we mean government officials of “A” category, holding positions of responsibility, representatives of the top level of public service, whose verdicts are available in the Unified State Register of Court Decisions.

It is worth noting, that under the amendments to the law “On Public Service” of November 9, 2017 local state administration heads are not considered civil servants and their positions are not assigned “A” category. MPs and civil activists already said that thus we are being returned to “manual” system of oblast and district state administrations management.

** The verdict states that Vakulenko was government official holding position of special responsibility in 1996.

In some of the cases in different verdicts one can spot the same positions at the same period of time to belong to different categories, which can actually influence under which clause of the Criminal Code article a person is convicted.

For instance, deputy chief of the customs checkpoint “Kremenchuk” of Poltava oblast Ihor Hrechko was sentenced to 5 years in prison for accepting a bribe of 150 EUR in November of 2016. Court qualified his actions according to cl.3 of Article 368 as acceptance of unlawful benefit by a government official holding a position of special responsibility.

At the same time, deputy chief of the customs checkpoint “Novhorod-Siverskyi” of Chernihiv oblast Mykola Huscha, who accepted a bribe of $500, made a plea bargain with prosecution, plead guilty of cl. 1 of Article 368, was fined for 24 thousand UAH and banned from holding office for two years. Furthermore, he was released from paying the fine, as his pre-trial imprisonment was taken into account. The verdict contains no mention of any positions of special responsibility.

Who got prison sentences 2017

In total, 91 people were sentenced to prison in 11 months of 2017, verdicts to 16 of them have come into force already. By this 8 people are meant (7 out of them have been previously convicted), they got 3-4 years of prison sentences for offering a bribe to police, border guard and penitentiary officers.

Head of the Counter-Drug Trafficking Department from Poltava Region was also sentenced to 8 years 7 months in prison for involvement in criminal organization and distributing drugs in 2012-2013. He made a plea deal with the prosecution and has de facto served his sentence – day for two in the pre-trial detention center.

Another verdict on the National Anti-corruption Bureau of Ukraine case has come into force – also a plea deal with the prosecution of the Specialized Anti-corruption Prosecutor’s Office, accomplice of the Sievierodonetsk City Court judge received $4 thousand to pass it over to this judge, so that he would make the “requested” court decision.

For accepting a bribe in order to influence a criminal case investigator, head of the office of territory service department of Lviv, Ivano-Frankivsk and Zakarpattia oblasts of the Department of Anti-drug Crime Action of the National Police, was sentenced to two years in prison, he has de facto served the term in the pre-trial detention centre (each day was accounted for two). Likewise, Boarder Guard inspector who offered a bribe to his boss to influence members of attestation committee, was also sentenced to two years in prison.

Also, a five-year prison sentence was given to the firm director who unlawfully appropriated 143,000 UAH in 2007-2008, the money was supposed to be used for the water pumping station and sewage treatment facilities reconstruction in Rohatyn, Ivano-Frankivsk oblast.

Last year we also published the information on corrupt officials convicted in one year.

“Nashi Groshi” journalist team analyzed sentences for corruption in the last three years, the list will soon be published. Here are the first figures for now.

“Nashi Groshi” are also analyzing the data concerning those convicted for embezzlement or misappropriation of property by malversation (art.191 of CC). It makes 900 people for the period of 2015, 2016 and 11 months of 2017. This corpus of data is still being processed and will be published in 2018.