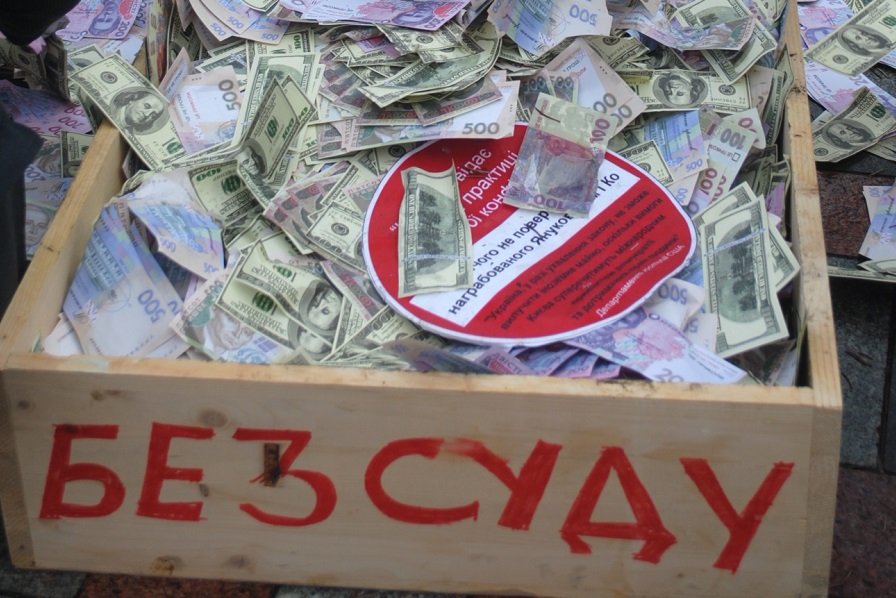 Robin Hood-style promises of official Kyiv to take money away from corrupt officials for the purpose of supporting those fighting in Eastern Ukraine are again on the political agenda.

A group of MPs continue attempts to pass a draft law #4811 on non-conviction based forfeiture of assets, claiming that this is the only way to recover assets of Yanukovych and his cronies and to gain funds for Ukrainian military.

However, there is a price that every Ukrainian will have to pay should such law be adopted.

Legal risks and political interests behind this draft law are very far from honorous proclamations of its authors. Draft law #4811 does not give proper legal grounds to recover assets of corrupt officials; what it does give is an opportunity for prosecutors to rob nearly every Ukrainian and every business.

Idea of non-conviction based forfeiture of assets of Yanukovych is not new.

In last year the parliament has seen as many as four draft laws on this issue. First legal initiative of this kind – draft law #3025 of Autumn 2015, authored and advocated by notorious Mrs. Olena Tyshchenko jointly with PGO of Mr. Shokin – was heavily criticized by the US Department of Justice.  Next attempt – draft law #4057 – received negative feedback from the  EU and the Council of Europe. In its conclusion on the draft law the Council of Europe unequivocally stated that the bill goes against European standards of fair trial and protection of property rights. In April, 2016 parliamentary committee on law-enforcement, headed by Mr. Kozhemiakin, came to conclusion that is was impossible to improve the draft law #4057 for the second reading and thus recommended the parliament to reject it. However, the MPs claim that new draft law #4811 properly considered all concerns of the Council of Europe and fully meets European standards.

Anti-corruption Action Centre and other experts of the Reanimation Package of Reforms are less enthusiastic and are convinced that the draft law #4811 contains the same threats as its predecessors #4057 and #3025.

Mr. Pashinskiy, an MP from Narodniy Front fraction, seem to realize, that the draft arises too many legal concerns. For this reason he is attempting to adopt it as a “blitzkreig”, against parliamentary rules of procedure and without any amendments. The law was registered in the parliament on July 14th and passed to the committee on state security and defence, headed by Mr. Pashinskiy, which immediately recommended the parliament to adopt the draft law in general as soon as on July 16th. Notably, the draft was not forwarded to the committee on law-enforcement activities or that on legal policy, which have previously identified legal risks of proposed mechanism. The draft itself appeared on the parliamentary web-site less than 24 hours before its consideration in the parliament, which left MPs without an opportunity to prepare any amendments.  Moreover, the committee of Mr. Pashinskiy insisted that the draft law #4811 must have been passed through one reading in order to guarantee that it would not be blocked as draft law #4057 had been.

Despite all the efforts from Narodniy Front, on July 16th MPs voted against including the draft law #4811 into the agenda of the Parliament. In response, head of the Narodniy Front fraction Mr. Burbak announced that his faction will not vote for any draft law until the bill #4811 would be adopted. Since no effective voting in the parliament is possible without Narodniy Front, the faction received a powerful tool to manipulate the parliament. Moreover, the faction manipulates the whole country, since remaining two plenary weeks of July are the last chance to adopt draft laws required for the next IMF installment.

What can be political interests behind such a stubborn position of Narodniy Front? It seems that MPs are attempting to equip the Prosecutor’s General office with a tool to deliver quick success of non-conviction based forfeiture. MPs seems to require success story of PGO without the risk of reform and of bringing cronies of ex-president to criminal liability. PGO claims that such a forfeiture is the only way to recover assets of Yanukovych, but is PGO doing its best? Recently the Parliament simplified procedure for opening in absentia criminal proceedings and the Prosecutor General announced opening of such procedures against more than 700 people – none of whom belong to Yanukovych’s clan. When it comes to people of Yanukovych, PGO still claims they do not posses enough evidence. However, Mr. Stoliarchyk, who is responsible for the fact that Mr. Ivanyschenko is still not facing a trial, remains the head of investigations in PGO.

But will “non-conviction based forfeiture”, as offered by the draft law #4811, actually help to recover assets of Yanukovych for the benefit of Ukraine?

The answer is no.

Should proposed mechanism be applied by Ukrainian courts, these rulings on forfeiture will be most likely successfully appealed through European Court on Human Rights (ECHR). In a few years Ukraine will be obliged not only to return what was confiscated within such a dubious legal procedure, but also to pay considerable compensations.

The simple reason is that draft law does not comply with basic international legal standards of non-conviction based confiscation. More specifically, the draft law gives power for prosecutors in  criminal procedure to start forfeiture of any “unjustified” assets from any person suspected of corruption-related crimes. Such an approach will likely be treated  as punishment for criminal offence and simply may not be used  retroactively  – against already committed crimes of Yanukovych and his allies. 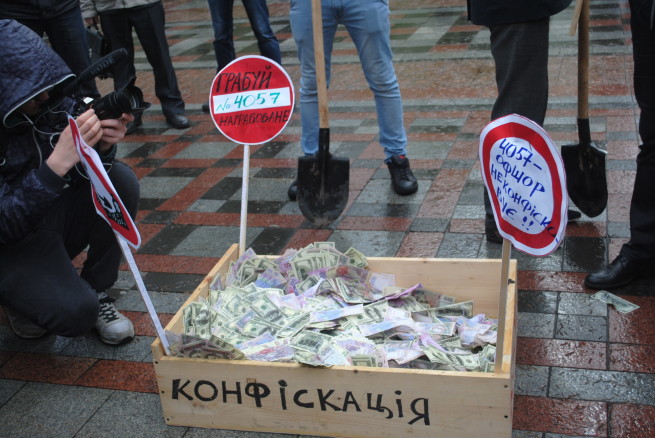 Another legal problem in the draft law is  forfeiture of assets without need to prove  the fact that such assets are gained or linked in any other way to  criminal conduct; this contradicts international standards of non-conviction based forfeiture.

What may be forfeited under the draft law #4811 is assets of regular Ukrainians.

The draft law provides for unlimited opportunities for corrupt prosecutors and court to rob the assets of any person or legal entity. The draft allows for confiscation of any assets that belong to any person with only the following conditions: person must receive assets from anyone suspected in corruption-related crimes before or during criminal investigation; person cannot justify assets by legal sources of income or cannot prove legal way of acquiring these assets. In a country where most of the deals are not fixed properly and half of population receives salaries in envelopes to avoid taxation, such mechanism allows to seize assets of anyone who received funds from suspected person under any kind of deal, including ordinary purchase agreement.

At the same time, the law shifts the burden of proof on the owner of assets and does not establish clear deadlines for such person to be informed of a case against his property. Bona fides owner is left without any opportunity to protect oneself. Moreover, corrupt prosecutors may even find it useful to falsify criminal cases in order to rob or pressure any individual or business in Ukraine.

As for corrupt public officials, the law offers them an opportunity to escape criminal liability. Prosecution, instead of conducting proper investigation and proving the guilt of the corrupt officials, receives an option to seize the allegedly corrupt assets without conviction. For officials such an option means losing part of their assets in return of avoiding punishment for illicit enrichment and other corruption-related crimes. And at the end, there is still an option for corrupt wealthy official to fight in Ukrainian and foreign courts to recover such dubiously confiscated assets.

In the end, continuous histeria about recovery of assets of Yanukovych is nothing but fight for false political results and additional semi-legal tools for political pressure.

Ukraine already has all procedures for recovery of assets, allegedly stolen by Yanukovych and his team, even in cases when assets formally belong to third parties. Code of Criminal Procedure of Ukraine already provides for in absentia trial and conviction to be applied to suspects who are hiding from investigations and trials. In absentia proceedings do not require international search of suspects any more, so the issue of Interpol cancelling search warrants on former top-officials of Ukraine no longer blocks in absentia proceedings. All PGO needs to recover assets of Yanukovych is to stop political bargaining with holders of these assets and invest more efforts in proper investigations.

Four wars of Kolomoisky. How the oligarch returns his influence