Home Новини The Constitutional Court is evaluating the law on the NABU: the Opposition Platform For Life demands to declare the law completely unconstitutional

The Constitutional Court is evaluating the law on the NABU: the Opposition Platform For Life demands to declare the law completely unconstitutional 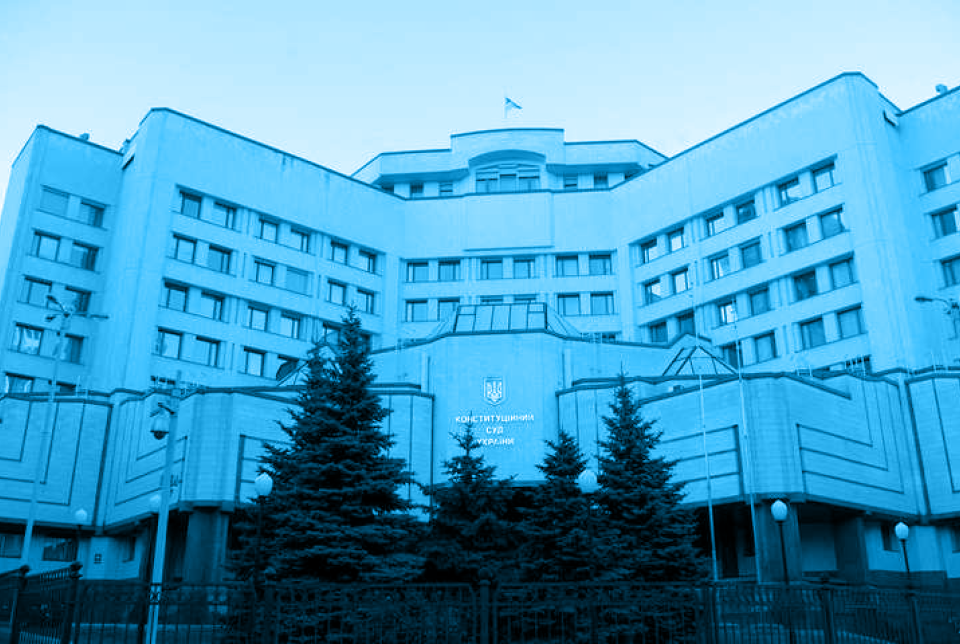 Today, the Constitutional Court held open part of hearings on the constitutionality of certain provisions of the Law of Ukraine “On the National Anti-Corruption Bureau”. Such proceeding was initiated following the appeal of Members of Parliament from the Opposition Platform For Life, who stressed during the hearing that they demanded to declare the law completely unconstitutional. This means that the Constitutional Court can liquidate the NABU and thus cause the disagreement between Ukraine and the West.

During their speech Members of Parliament pointed out that the law is completely unconstitutional, as it was adopted not to fight corruption, but allegedly to usurp power by the President. Although the initial appeal pointed to the unconstitutionality of only certain provisions of the law regarding powers of the President and the status of the NABU.

“Recognition of the law as completely unconstitutional carries extraordinary risks for the NABU as the institution. After all, the bureau in its current form will be in fact liquidated and, accordingly, all criminal cases which were conducted or are being conducted by detectives will be at risk. If the Constitutional Court takes step towards complete liquidation of the NABU, it will contradict all its previous practice and will bury Ukraine’s cooperation with the Western world forever. It is obvious that this is exactly what Opposition Platform for Life together with Kolomoyskyi want”, commented Vitaliy Shabunin, the Head of the Board of the Anti-Corruption Action Center.

At the same time, one of the representatives of authors of the appeal was Member of Parliament from Opposition Platform for Life Antonina Slavytska. It is interesting that she is the subject of the NABU tape-recordings regarding the scandalous KDAC head Pavlo Vovk as his trustee. That means that in fact she is the subject of the scandalous case. We should recall that the appeal itself appeared just after the NABU handed over suspicions to KDAC head, and judges of this court were handed over suspicions of seizing power and publishing wiretapping materials indicating about activities of the criminal group of judges in Ukraine.

The scandalous tape-recordings also mention judges of the Constitutional Court. In published tape-recordings KDAC head boasts that “they” already “own two courts,” one of which is the Constitutional Court. Pavlo Vovk also boasted that he “means something” to the CCU judge “Viktor Vasyliovych”, while there is only one judge in the CCU with such initials, namely Viktor Kryvenko.

It is noteworthy that that prior to the beginning of consideration of the hearing it was reported that several judges of the CCU withdrew themselves, they declare if there are certain circumstances that raise doubts on the impartiality of the judge. However, all withdrawals were not adopted and judges who doubted their own impartiality continued to consider this appeal.

We should note that establishment of the NABU was the condition for visa-free travel with the European Union and cooperation with the International Monetary Fund.