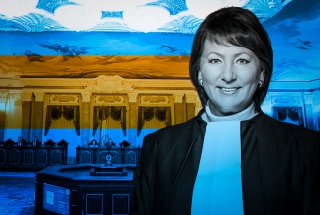 The fact is that judges of the Constitutional Court of Ukraine cannot independently declare certain law unconstitutional. That is why the judicial mafia decided to send the appeal to the CCU through the Supreme Court to stop the judicial reform that has recently begun.

“There are several influential groups of judges in the Supreme Court who actually run the whole system. For years they have been appointing their people to the HCJ and in such way they controlled the system. For them the creation of the Ethics Council means loss of control over the appointment of members of the HCJ, and thus inability to influence careers of loyal judges and punish disloyal ones. It seems that without changes to the law on the judicial reform, the judicial mafia will not allow implementing the reform. Moreover, some judges have primitive interests to retire, and for this, they need the HCJ that works”, AntAC’s expert Halyna Chyzhyk commented.

For instance, when judges want to retire, they need the decision of the HCJ, which must provide a positive opinion. In the case of work of the Ethics Council, which will clean the HCJ, there may be situations when this body will not work for some time.  It is obvious that this does not suit the current judicial system, which may lose control due to the reform.

“The CCU is undoubtedly ready to destroy this judicial reform. It was just waiting for a formal appeal from the Supreme Court. After all, Zelenskyi’s first attempt to reform the judicial system was cancelled there one year and a half ago. Later, the CCU destroyed the electronic declaration of officials, in particular, in the interests of judges. The judicial mafia will do everything to avoid changes and cleansing. Everyone who votes in favour of the appeal to the Constitutional Court is playing in their interests, but not in interests of ordinary judges. All attempts to sabotage the judicial reform ended with the reform intensified and radicalized form of reform. It will be the same this time as well”, Chairman of the Board of the DEJURE Foundation Mykhaylo Zhernakov adds.

In July 2021, the Verkhovna Rada voted in favour of the judicial reform, where it provided for the crucial role of international experts in the process.

Last month, international organizations that assist Ukraine in the field of judicial reform and anti-corruption delegated experts to the Competition Commission that will select members of the High Qualification Commission of Judges and the Ethics Council to clean up the High Council of Justice. The delegated experts are the elite of judicial and legal systems of the USA and the EU. For instance: judges of the Supreme Courts of the largest US states, the Prosecutor General of Estonia and the largest federal state of Germany, the Minister of Justice and the Ministry of Internal Affairs of Slovenia.

In October 2019, the Verkhovna Rada voted in favour of the judicial reform, where international experts should have also taken part. This was the first attempt of President Zelenskyi and the Servants of the People to conduct judicial reform. However, the High Council of Justice blocked it at that time by its provisions and levelled the role of international experts. It was expected that at that time international experts refused to legitimize their participation in this so-called competition and did not nominate experts to the Competition Commission before the deadline. Later, the CCU made the decision on its unconstitutionality, by which it finally buried the chance for the reform.