Home Новини Supreme Court cancelled the decision of the HACC for the first time. What is wrong with this decision?

Supreme Court cancelled the decision of the HACC for the first time. What is wrong with this decision? 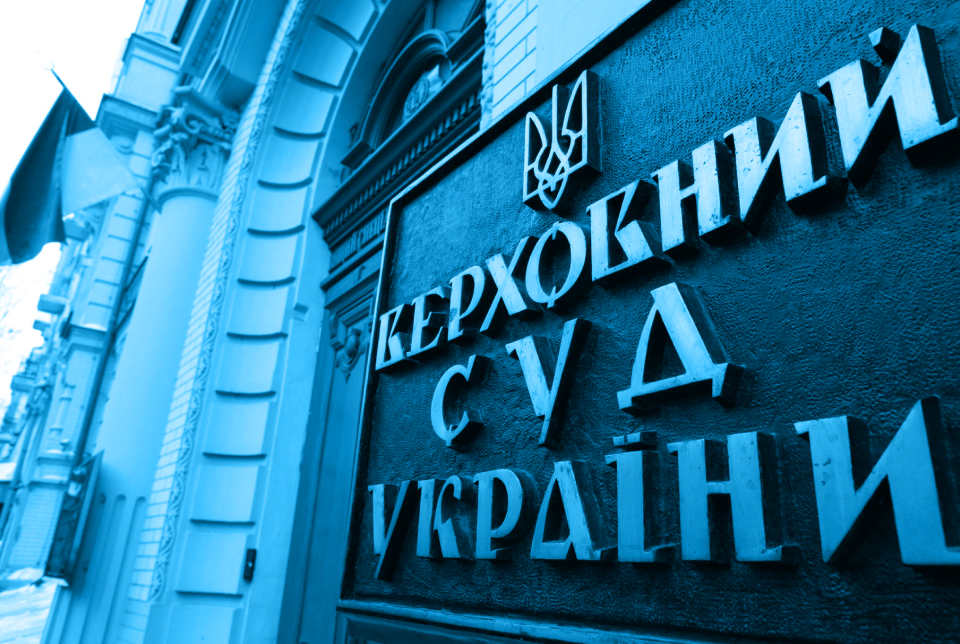 by Olena Shcherban, originally published at UP

On September 15, 2021, the Supreme Court cancelled the decision regarding the judge of the Court of Appeal of Cherkasy region Volodymyr Ponomarenko, who had been caught taking the bribe. He was sent to prison for the term of two years.

The Anti-Corruption Action Center analyzed the decision of the Supreme Court and made the conclusion that judges had ignored the essence of the case. Instead, they had focused on procedural issues, and “forgotten” about one important nuance.

Why was judge Ponomarenko sent to prison?

On the eve of June 1, 2018, Cherkasy police detained driver Stanislav Deynega. According to the patrol protocol, the smell of alcohol, unsteady gait and slurred speech indicated that the man was not completely sober.

Deynega refused to make the alcohol test. Thus, the police simply completed report for driving under the influence of alcohol and let the man go for unknown reasons.

He did not manage to drive even 200 meters when he was stopped by another patrol, which completed another report for drunk driving.

The case was transferred to Sosnivka District Court in Cherkasy. On September 18, it fined Deynega 10,200 UAH and deprived him of the right to drive the car for one year.

The Appeal left the decision unchanged. It would seem that this is where the story should end.

However, it became known later that Deynega sought the advice of his friend even before the decision. According to materials of the Anti-Corruption Court, he wanted to understand how he should act.

In early August, his friend introduced Deynega to the judge of the Court of Appeal in Cherkasy region Volodymyr Ponomarenko. According to the investigation, the latter decided that covering drunk driver did not contradict his moral principles and gladly offered his services. Namely, influence other judges in exchange for the bribe in the amount of 30,000 UAH.

On August 27, Ponomarenko called acting head of Sosnivka court and said that he wanted to talk to judges, who should consider reports completed against Deynega. The head of district court decided to meet Ponomarenko in person. After the conversation, she refused to arrange meeting with her subordinates.

Nevertheless, judge Ponomarenko took 30,000 UAH from Deynega in the evening. Immediately after that he was detained by employees of the National Anti-Corruption Bureau.

In February 2021, the High Anti-Corruption Court sentenced Ponomarenko to two years of imprisonment. The Appeals Chamber of the HACC upheld the decision by sending the judge to Mena colony.

Everything looked like good example for bribe-taking judges, but Ponomarenko did not stay in prison for a long time. On September 15, 2021, the Supreme Court defended its colleague and cancelled the decision.

Why did the Supreme Court revoked decision regarding Ponomarenko?

Grounds for cancelling the decision, confirmed by both instances of the Anti-Corruption Court, seem particularly cynical and strange.

The Supreme Court did not analyze evidence and circumstances of the case regarding bribe of the judge Ponomarenko, but instead it calculated terms of the investigation in its original way and came up short few days. Judges Sergiy Fomin, German Anisimov, and Olga Buleyko put this formality as the ground for cancelling guilty verdict.

What is the essence of such important calculation? Everything is more than simple.

According to rules of the procedure, terms of the pre-trial investigation are really limited, and the prosecutor, as well as the investigator, are obliged to comply with them. But the law provides for cases when certain actions stop the course of terms. For instance, when proceedings are suspended due to international MLA request. In such cases, it is impossible to predict the term of response. Nothing depends on the investigator.

Another reason when terms are in fact suspended is the time during which the defence gets acquainted with materials of the proceeding before the case is sent to the court (part 5 article 219 of the CPC).

Such pause during the course of terms investigation is necessary because the defence can delay and ignore the stage. In some cases, the review may take more than a year.

The term of investigation in the case of judge Ponomarenko ended on February 27, 2019.

Six days earlier the prosecutor had completed the investigation and disclosed materials to the defence. Accordingly, the course of terms was suspended until the defence became acquainted with them.

One month later, on March 27, 2019, the defendant signed the protocol. The appendix to which contained an exhaustive list of documents with which the accused and the lawyer had got acquainted.

The Supreme Court made the decision that the course of terms had resumed again.

That means that from March 27 the prosecutor has six days left to send the indictment to the court.

On April 2, the prosecutor (still on term according to the Supreme Court) draws up indictment, and then, allegedly out of this term, sends indictment to the court on April 5. The court receives the document in four more days. This is “blatant violation” and became the ground for cancelling the decision.

However, following this case, we know for sure that, in fact, the term was not renewed after March 27, as the defence completed the acquaintance only with written documents of the case, and did not even proceed to acquaintance with the physical evidence.

This is confirmed by the protocol of acquaintance, which includes only documents and where there is no physical evidence. However, the Supreme Court simply “forgets” to indicate this detail in its decision.

This circumstance flips around the ground for cancelling the decision.

Could the prosecutor force the defence to get acquainted with physical evidence?

Could he read the opinion of lawyers and accused and understand whether they would continue to get acquainted?

It is obvious that he could not. Because to get acquainted with materials of the case is the exclusive right of the party, and the prosecutor is only obliged to create conditions for implementation of this right and has no tools of coercion.

It is obvious that in the absence of written refusal of the defence to get acquainted with physical evidence the prosecutor sent the case to the court because he was convinced of the lack of initiative and unwillingness of the defense to study it.

At the same time, if the defence wished, it could get acquainted with the physical evidence at any stage of the process, but it could no longer appeal the fact that they had been restricted in the right to get acquainted during the pre-trial investigation.

This position of the Supreme Court is new and poses serious threats to absolutely all cases. After all, it actually allows the defence to create the hole in terms of investigation with light manipulations, and the accused will be able to avoid responsibility.

It turns out that the defence party has to sign the protocol of acquaintance with at least part of case materials without remarks, and it already automatically renews the term of investigation. And the term can be 1 day or several days. Then, the prosecutor will actually have no chance to sign the indictment in time and send it to the court.

The Supreme Court turned over its own practice by this decision. This is also indicated by the Specialized Anti-Corruption Prosecutor’s Office. They stated in their position regarding the decision of the SAPO that:“This position is new in comparison with positions set, in particular, in decisions in cases №754/14281/17 and №866/2831/17, where the court made the decision that passivity and lack of initiative of the defence to get acquainted with materials used by the expert, as well as with the physical evidence, allows to use them as physical evidence even in the absence of actual acquaintance with them by the defence”.

As the result, the Supreme Court put thousands of cases at risk and changed their own approaches solely to save the colleague from responsibility for the bribe in the amount of 30,000 UAH.

It is surprising that the court completely ignores the essence of the case and the danger of the crime. After all, this is about the bribe of the person authorized to administrate justice in the name of the country. But at the same time, according to the revoked decision of the High Anti-Corruption Court, this person does not neglect bribes in the size less than monthly salary.

There is only one moral in this story. Namely, the judiciary will “cover their people” till the end. What to expect in cases of the scandalous judge Vovk from KDAC?

Under such conditions, the only way out is to create a separate cassation chamber for top-corruption cases, which will reconsider decisions of the HACC. Moreover, judges should be selected there according to transparent rules and with the participation of independent international experts, as it was during the formation of the High Anti-Corruption Court.