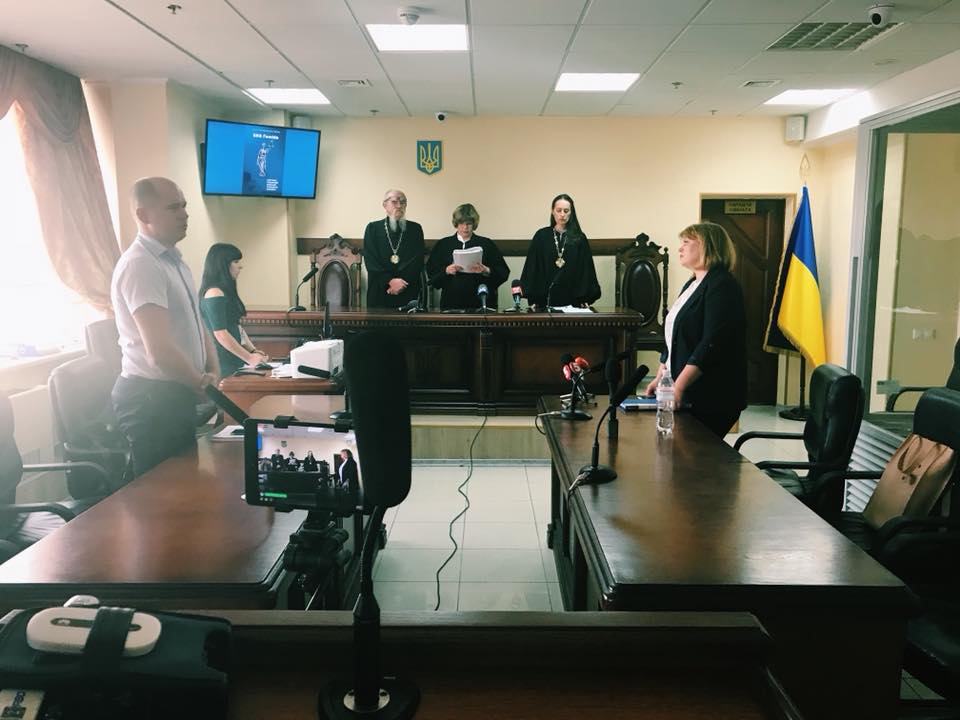 The Kyiv Court of Appeal decided that Solomyanskyi court should consider the appeal of the Anti-Corruption Action Center regarding the decision of the prosecutor of the Specialized Anti-Corruption Prosecutor’s Office to close the case of backpacks concerning the son of the Minister of Internal Affairs Arsen Avakov and former deputy Minister.

One month ago, on August 17, the AntAC filed the appeal to Solomyanskyi court against the decision of the prosecutor of the SAPO Vasyl Krychun regarding closure of the criminal proceeding against the son of the Minister of Internal Affairs Oleksandr Avakov and former deputy Minister Serhii Chebotar.

On August 22, Vadym Senin, judge of Solomyanskyi court refused to consider AntAC’s appeal. The judge decided that the appeal was not in jurisdiction of Solomyanskyi District Court in Kyiv, therefore activists should apply to another court. According to the AntAC’s lawyers, such decision of the investigating judge is illegal and biased. So, they decided to appeal it in the Court of Appeal.

“We believe that there is still a chance to reanimate the case. If Solomyanskyi court satisfies the AntAC’s appeal, there will be a chance to force prosecutors to continue investigation regarding the son of the Minister of Internal Affairs and former deputy Minister,” said Olena Shcherban, the AntAC’s lawyer, who represented organization in the court.

We should recall that in July 2018, the SAPO prosecutor Vasyl Krychun closed the proceeding in the “case of backpacks” regarding two subjects, the son of Minister of Internal Affairs Oleksandr Avakov and former deputy Minister Serhii Chebotar due to the absence of “direct sufficient evidence”.

Both are involved in embezzlement of 14.5 million UAH for procurement of backpacks for the needs of the National Guard. 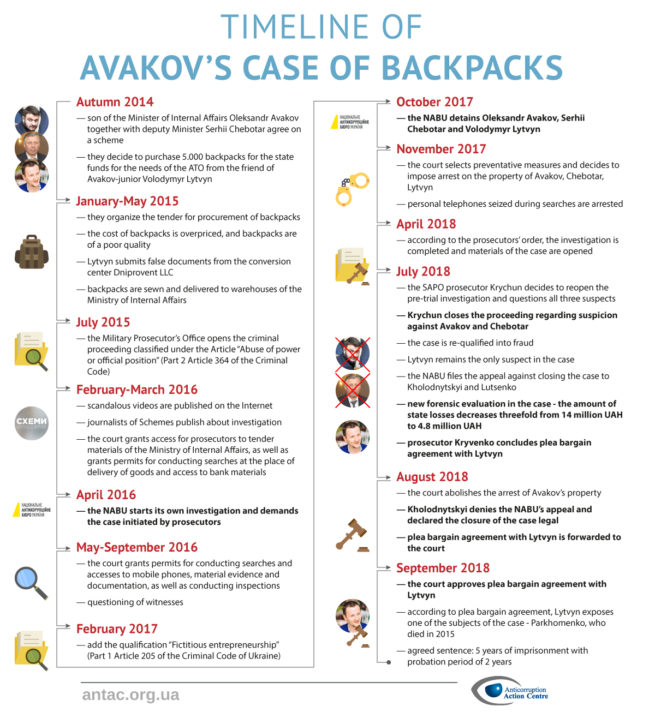