More than three months ago, on March 5, the European Union started to freeze the assets of Ukraninain citizens who are suspected of embezzling public money and of violation of human rights in Ukraine.

By now, a total of 56 citizens have fallen under international sanctions, under which their foreign assets are frozen.

There is a risk that the assets of the rest of the officials from the black lists of the European Union, Switzerland, Lichtenstein, USA, Canada and Britain (including at least 30 former top officials from the close circle of ex-President Viktor Yanukovych), will be de-freezed.

Nine of those former officials have begun the procedure for challenging the European Union sanctions in Luxemburg. These are Viktor Yanukovych ans his sons, brothers Andriy and Serhiy Klyuev, Mykola Azarov and his son, and Andriy Portnov. 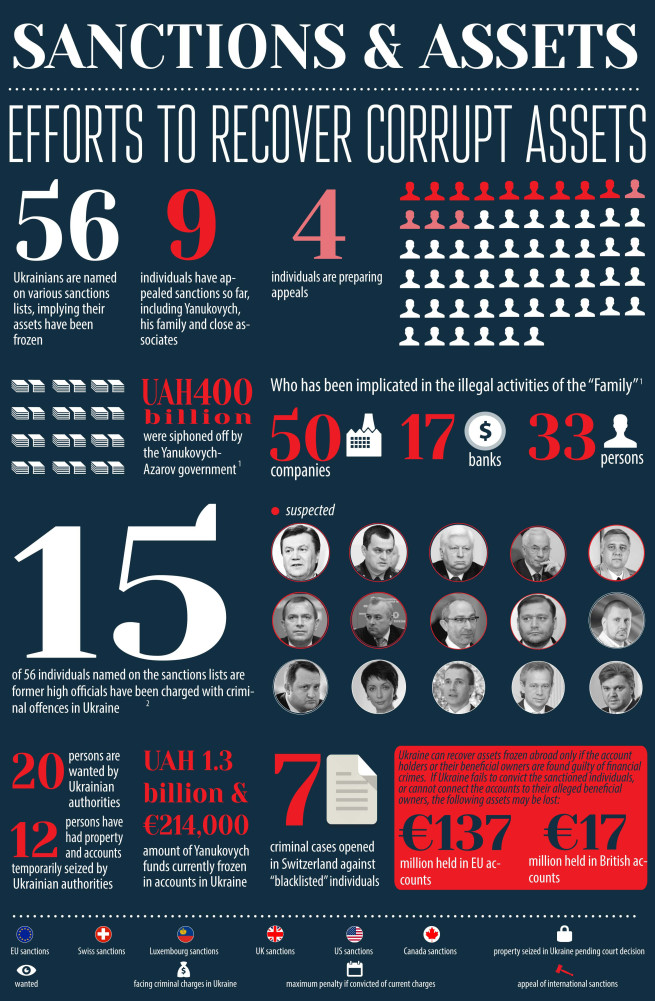 According to Daryna Kaleniuk, an expert in asset recovery from Anti-Corruption Action Centre, those officials do have a chance to get their property back because most of those sanctioned individuals are (at least for now) suspected of crimes that do not foresee confiscation of property.

“As long as Ukraine does not start investigating financial crimes from the list of international sanctions, as long as there is no full investigation of the criminal origin of their wealth and they are not proven guilty by the prosecutors in court, there is a risk that their assets found and frozen by law enforcers abroad, will be unblocked,” Kaleniuk says.

Former President Yanukovych is suspected of exceeding his authority during the mass peaceful demonstrations on Maidan Nezalezhnosti in Kyiv, which lef to mass murders of citizens and multiple injuries. He is also accused of organizing premeditated murder of at least two citizens.

If Yanukovych’s crimes are proven in court, he can get life in prison.

However, nobody really knows what happens to the stolen properties and money of the fugitive president. For example, there are 137 million euro frozen in Switzerland on the accounts of the former president and his associates. Another 17 million euros originating from Ukraine are frozen in Britain in local banks. 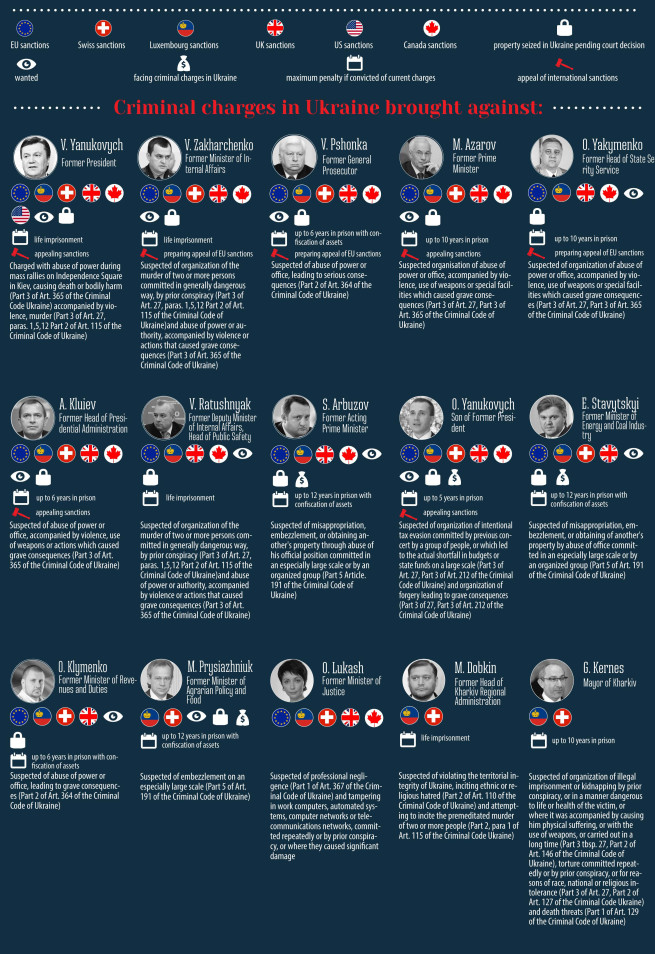 But Ukrainians will not see the money very soon because it cannot be confiscated without a court order, which is impossible in the absence of the accused individual. This is why, while the former Ukrainian dictator is hiding out in Russia, his assets will remain frozen – at best. 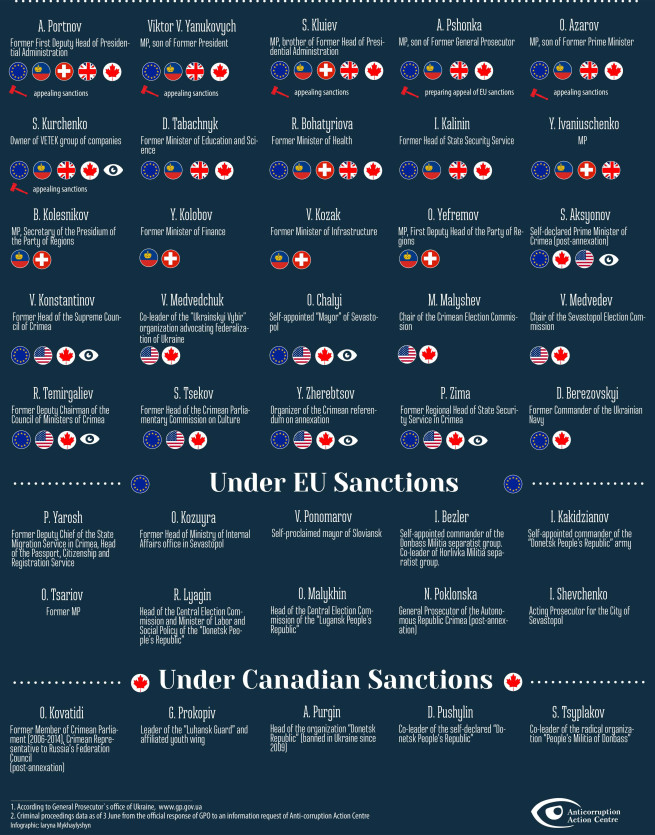 At the moment, we can hope that the ill-gotten fortunes of only four Ukrainians from the European black lists, who are suspected of financial and economic crimes, will be returned to the Ukrainian people. These are former First Deputy Prime Minister Serhiy Arbuzov, the president’s son Oleksandr Yanukovych, ex-Minister for Agriculture Mykola Prysiazhniuk and former Energy Minister Eduard Stavytskiy.