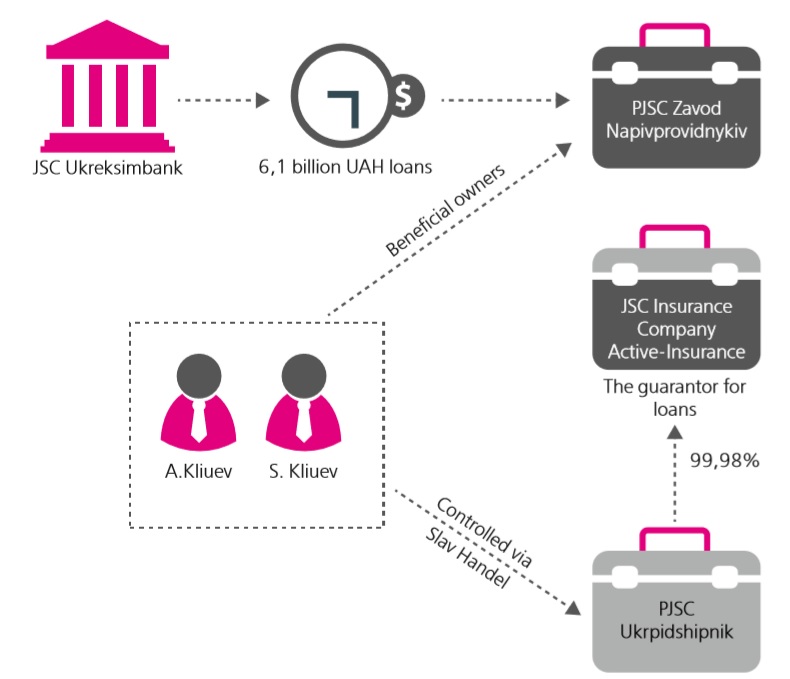 According to the National Bank of Ukraine, during 2014-2016 82 banks were removed from Ukrainian banking sector. Today 78 are in a state of liquidation, and 4 are classified as insolvent. At the beginning of 2014, the currently insolvent banks held one-third of all assets of the banking market in Ukraine.

Payments to depositors of these banks by the Deposit Guarantee Fund of Ukraine (DGF) has already exceeded 80 billion UAH, though these banks received only 16 billion UAH from loan repayment and sale of assets.

The total amount of losses from the bankruptcy of the banks is estimated at the level of 179.91 billion UAH.

The DGF has filed 3 214 crime reports to the law enforcement agencies regarding the offences, estimated losses of which are 256 billion UAH out of which 376 were related to owners and top managers of insolvent banks totaling $187 billion UAH.

As a result, there are only 2 convictions of top-managers or owners of banks.

Despite significant losses, investigating of the bankruptcy of banks and return of the money to deceived depositors did not become a priority for the Government and Law Enforcers of Ukraine.

One-third of Ukrainian banks has been used by their shareholders and beneficial owners, as well as related business partners mainly for the purpose of lending funds to their businesses, often with traits of fictitious activities.

Based on the publicly available information, several schemes that have often been used for withdrawing assets from Ukrainian banks has been indicated:

Currently, the amount of losses reached 179 billion UAH, 80 billion of which has been paid by the Deposit Guarantee Fund to affected depositors, each of them has the right to return up to 200 000 UAH.

Guarantee Fund borrows money for these payments from the Ministry of Finance of Ukraine, which, in turn, takes loans from the International Monetary Fund and other International lenders, the burden of payment ultimately falls on the shoulders of every taxpayer in Ukraine at the end.