Home Новини Save Avakov: How Kholodnytskyi will destroy evidence in backpacks case

Save Avakov: How Kholodnytskyi will destroy evidence in backpacks case 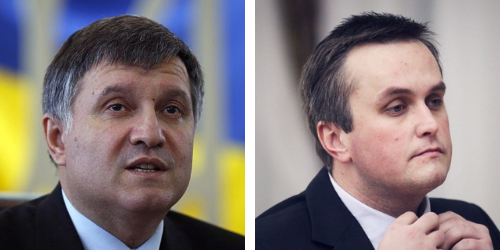 Yesterday it turned out that scandalous case of “Avakov’s backpacks” has been already sent to court, and the date of first hearing was appointed for September 11. Why are they in such a hurry?

Having removed main suspects, Avakov’s son and his former deputy, SAPO prosecutors re-qualified the case into ordinary fraud and are going to approve the plea bargain on September 11 in court with the “whipping boy”, entrepreneur Volodymyr Lytvyn, who takes all the blame upon himself.

If the plea bargain with Lytvyn is approved, court may also decide the fate of evidence regarding guilt of Avakov junior and Chebotar and order to destroy them or, for example, return to parties of the case.

The same scheme was used in the case of scam with sand, where Chebotar was also the subject. According to court decision, recording device was destroyed, which could also have been the evidence in the “case of backpacks”.

After that neither the son of Minister nor his deputy could be brought to responsibility.

This happens after the whole country saw the video where the son of the Minister of Internal Affairs and his deputy were making agreement to organize the cynical corruption scheme – embezzlement of 14.5 million UAH when purchasing backpacks for the needs of the National Guard.

Only the case of entrepreneur, who simply sewed backpacks to fulfill these criminal plans, got into court.

The re-qualification of crime into fraud in this case is merely the laughingstock. After all, the crook must deceive someone.

In context of the “case of backpacks” it turns out that Lytvyn has deceived the state in the person of Avakov’s deputy Chebotar.

It is exactly that Chebotar who, on released video on the Internet, is actually negotiating about who and in what volumes will supply backpacks long before the tender.

The agreement between the prosecutor of the SAPO Vasyl Krychun and Lytvyn has every chance to become another soap-bubble and fiction.

Firstly, entrepreneur Lytvyn pleaded guilty to committing fraud, but this crime does not fall under NABU jurisdiction. Therefore, the prosecutor had to forward this criminal proceeding on probation and had no right to make the plea bargain with the suspect, since SAPO prosecutor could be the prosecutor exclusively regarding cases of NABU’s suspects.

Secondly, according to the Criminal Procedure Code, the plea bargain in particularly gross crime can only be concluded if the accused or the suspect reveals by his testimonies other members of the crime – organizers, members of criminal group.

It is obvious that Lytvyn has not exposed Avakov and Chebotar, because their cases were closed. Then whom?

This will remain the phantom of imagination of the prosecutor and Lytvyn himself. Finally, he could have exposed the cleaner in Chebotar’s office or the sewer of the backpacks.

Compliance of all these requirements now has to be checked in court. It can either approve the pseudo-agreement and share the responsibility with the prosecutor for this, or deny it.

In case it is denied, the case of Lytvyn will be considered under general procedure, which at least will allow to hear witnesses alive and make own opinion regarding the case.

However, in any case only evidence that confirms Lytvyn’s guilt regarding the case of backpacks will be sent to the court. Other evidence, in particular, regarding Avakov junior may be irrevocably destroyed.

This will close the chapter on this case forever.