Home Новини Justice is not for everyone: the Rada gave the judicial reform into the hands of dishonest judges

Justice is not for everyone: the Rada gave the judicial reform into the hands of dishonest judges 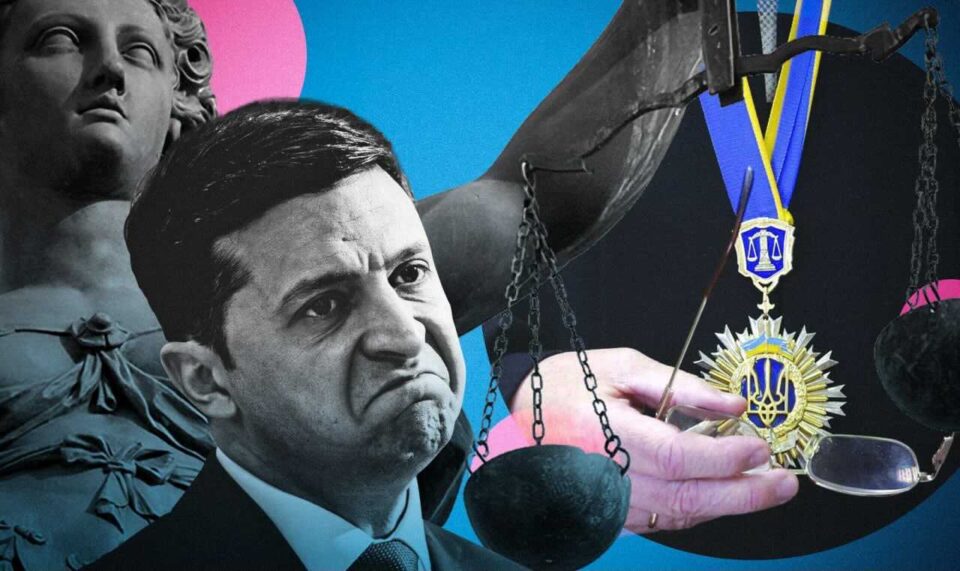 On Wednesday, March 3, Members of Parliament by 227 votes supported in the first reading the draft law №3711-d, which gives formation of new High Qualification Commission of Judges (HQJC) into hands of the unreformed High Council of Justice (HCJ).

The HQCJ is judicial body that is responsible for selection and evaluation of judges.

The HCJ, in its turn, is key body in the judiciary that makes final decision on judge’s career. Today, the HCJ has many questions and public activists demand immediate reform of this body.

“Voting regarding the draft law in this form is spit in the face of Ukrainians who held thousands of protests in Kyiv last week. When distrust of courts is 77%, the Verkhovna Rada gives reforming of the judicial system to its most disgusting representatives. Namely, the High Council of Justice. The key idea of reform was destroyed by the Committee of Kostin, where participation of international experts was made formal. International experts will not play to the HCJ’s script and will refuse to participate in such competition”, comments expert of the AntAC Galyna Chyzhyk.

Draft law No3711-d provides for selection in two stages: firstly, the competition commission eliminates candidates who do not meet the criteria of integrity, and then the HCJ selects future members of the HQCJ. The problem is that the competition commission will not be able to eliminate dishonest candidates, and the HCJ will fully control its work.

Firstly, judges in the competition commission will be able to block any of its decisions. The competition commission will consist of three judges delegated by the Council of Judges and three international experts delegated by international and foreign organizations. At the same time, the decision in the commission is made by the majority (4 votes out of 6). This means that at least one vote from judges is needed to support any decision, which they will not give in order to sabotage the reform.

In the past, the Council of Judges has delegated judges with doubtful reputations to composition of the competition commission: they have been involved in making doubtful decisions, corruption offenses and concealing assets. Moreover, the Council of Judges completely failed to check integrity of candidates to the Constitutional Court – all recommended candidates do not meet requirements of the Constitution.

Thirdly, international experts may be thrown out of the process altogether. Thus, the draft law №3711-d stipulates that instead of international and foreign organizations, members of the competition commission may be delegated by the Council of Advocates, the Council of Prosecutors and the National Academy of Legal Sciences. Given that the HCJ may establish artificial requirements for experts and ignore proposals of international organizations, as it has done in the past, there is a high risk that international experts will not be included in the competition commission at all.

We should recall that in fall 2019, the Parliament approved the draft law on judicial reform authored by President Zelenskyi. However, the law made no changes: initially, the reform was blocked by the High Council of Justice, and in March the Constitutional Court cancelled its key regulations.

In June 2020, Zelenskyi submitted to the Rada draft law No.3711 to unblock the establishment of the HQCJ. The Venice Commission critically assessed the text of the draft law and stressed the inadmissibility of granting the HCJ with powers of the HQCJ. After that, the Verkhovna Rada decided to improve the draft law, but the Committee on Legal Policy ignored all reservations of the Venice Commission.