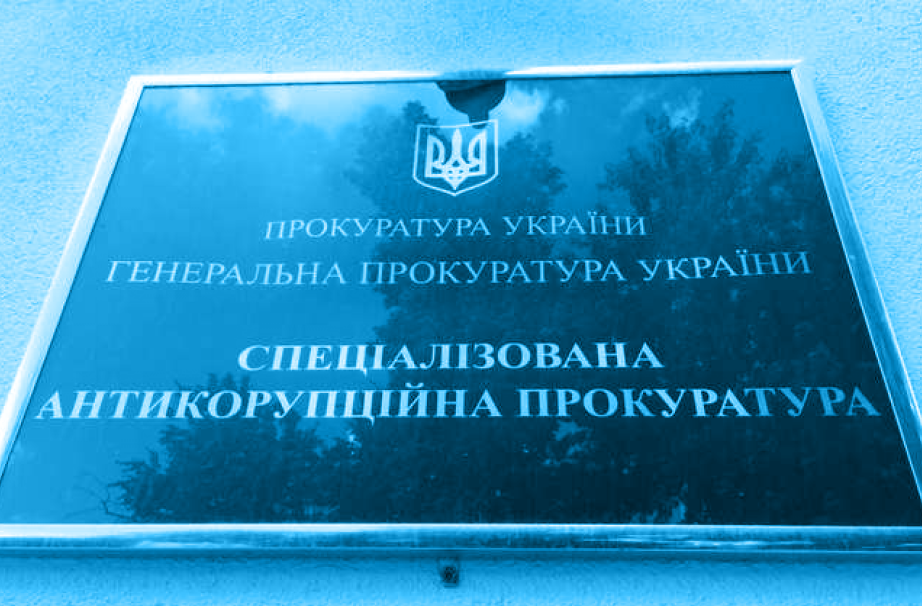 The Prosecutor General’s Office has illegally re-launched special vetting of Andriy Synyuk, the candidate for the position of the head of the Specialized Anti-Corruption Prosecutor’s Office (SAPO). He took second place in the ranking according to results of the competition, but the Office of President is trying to appoint him to this position.

The Anti-Corruption Action Center learned about this from its own sources.

According to results of the competition, the Commission in fact determined the winner, namely the detective of the NABU Oleksandr Klymenko. Another candidate Andriy Synyuk, prosecutor of the Prosecutor General’s Office, took second place in the ranking and is running for the position of the deputy head of the SAPO.

However, the Selection Commission twice, namely on December 21 and on December 24, failed to approve the actual result and submit the winner for appointment to Iryna Venediktova. Part of the parliamentary quota of the Commission, which is controlled by the Office of the President, refused to vote for such decision.

Instead, the Prosecutor General’s Office and the head of the Commission Kateryna Koval began to sabotage the process by illegally demanding re-vetting of candidates.

The illegality of repeated special vetting was confirmed by the NACP. The agency has made official explanation that the law does not provide for re-vetting of candidates: “There are no legal grounds for re-consenting with the purpose of conducting special vetting of the person applying for the administrative position in the Specialized Anti-Corruption Prosecutor’s Office and re-conducting the special vetting”.

As part of this competition candidates have already passed special vetting in spring. According to its results, the respective conclusions were drawn up about candidates. The Selection Commission have them.

Moreover, the Selection Commission did not make any decisions or make changes to the procedure for conducting the special re-vetting. Thus, it is not clear on what basis the Prosecutor General’s Office initiated this process.

On December 24, the candidate Klymenko sent the appeal to the Commission that the Prosecutor General’s Office for unknown reasons and without the respective decisions of the Commission demands his consent to re-conduct the special vetting.

“It is obvious that the Office of the President tries to do everything possible with the help of Venediktova and her subordinates in order not to appoint real winner of the competition, but to promote “controlled” candidate who had received less points. If they re-conduct the illegal special vetting regarding Synyuk, the Office may find the reason not to appoint real winner Oleksandr Klymenko, who had not give permission for re-vetting”, stated Vitaliy Shabunin.

At the same time, if Klymenko gives permission for such illegal repeated procedure, this could mean creating artificial barriers for the appointment process. For instance, during re-vetting the SBU may deny access to state secrecy of the candidate, whom the Office of the President isn’t satisfied with. Earlier, deputy Prosecutor General Mammedov was fired in a similar way.

Andriy Synyuk, regarding whom the vetting has been initiated, was the prosecutor in Sergiy Sternenko’s self-defense case. When he was the procedural head in the proceeding, he actually acted on the same side with lawyers from the company of deputy head of the Office of the President Oleg Tatarov.

Despite the fact that Synyuk has taken second place and is running for the position of deputy head of the SAPO, he publicly stated about the illegality of the competition and his intention to send the appeal. At least it is illogical for the candidate for such a position to appeal the whole process. Synyuk also criticized members of the Commission, namely international experts .