Home Новини Profiting from War in Ukraine: the Role of Medvedchuk - Investigation

Profiting from War in Ukraine: the Role of Medvedchuk – Investigation 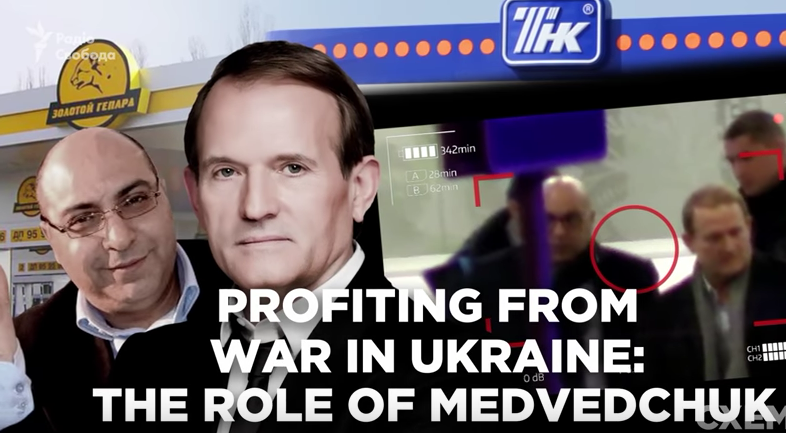 In one of the last publications, journalist from investigate TV-programme ‘SCHEMES: Corruption in Details’ reported how Putin’s close friend, Viktor Medvedchuk, makes direct flights between Russia and Ukraine on his private jet.

Despite the prohibition of direct flights.

Now with the help of other colleagues they managed also to identify people who once accompanied Medvedchuk in the private jet during the flight from Moscow.

One of the men who gave a good goodbye kiss to Medvedchuk was Nisan Moiseev.

This businessman with Israeli citizenship managed to buy part of assets of Russian Federation in Ukraine which Russia had to sell after the annexation of Crimea and support of military actions in Donbas.

A number of journalist investigations indicated that it is Viktor Medvedchuk who could be behind Moiseev.

Journalists published a visual confirmation of the connection between them: