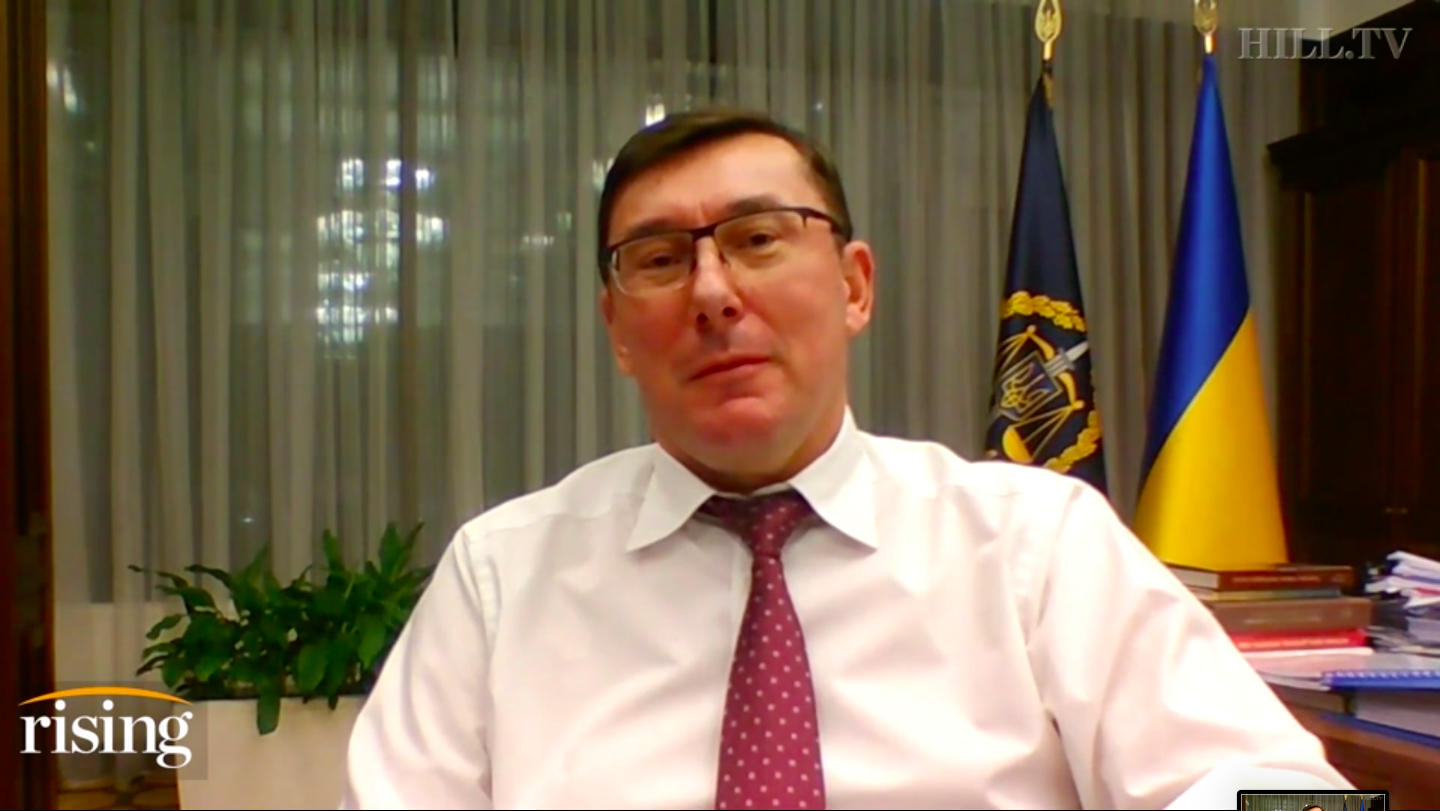 The American media TheHill published the letter of the U.S. Embassy to the Prosecutor General’s Office of Ukraine. Yuriy Lutsenko gave it to journalists as evidence that the U.S. Ambassador Marie Yovanovitch during the first meeting had given him ‘a do not prosecute’ list of people.

This is the only document that the Prosecutor General provided to journalists in order to confirm his words about the so-called list of “untouchable” persons. However, it was signed long before the appointment of Marie Yovanovitch and it concerned the fabricated case, which was also acknowledged by Lutsenko himself at that time.

The Prosecutor General Lutsenko said the lie in his interview. We explain the chronology.

On March 16, 2016, PGO department started the criminal proceeding regarding the alleged embezzlement of funds by the Anti-Corruption Action Center (AntAC) that the organization had not even received. Leadership of this PGO department was reported to be close to Ihor Kononenko and Oleksandr Granovskyi, President’s allies in the Parliament.

Investigators searched for 4.4 million USD of American taxpayers money which, according to their version, had to be spent on the PGO’s reforms.

Already on March 22, investigators of the PGO actually misled the court regarding the allocation of these funds to the AntAC and received the permission to access accounts of the organization, and later its contracting parties. As the result, the AntAC had to file the appeal against investigators and the prosecutor in this case regarding the offense. At that time, the PGO did not worry about the lack of any claims of the US government regarding the disappearance of funds of the US taxpayers in Ukraine.

Since the AntAC has never been involved in the reform of the Prosecutor’s Office, this criminal proceeding was the blatant illegal pretext for investigators to receive access to bank accounts, transactions, financial and accounting documents of the organization.

On April 4, 2016, George Kent, the then Deputy Chief of Mission at the US Embassy, sent the letter to Yuriy Stolyarchuk, Deputy Prosecutor General, on behalf of the then Ambassador Geoffrey Pyatt explaining the fake case regarding the embezzlement of funds for the PGO’s reform. This very letter was handed over to American journalists by Lutsenko in March 2019. 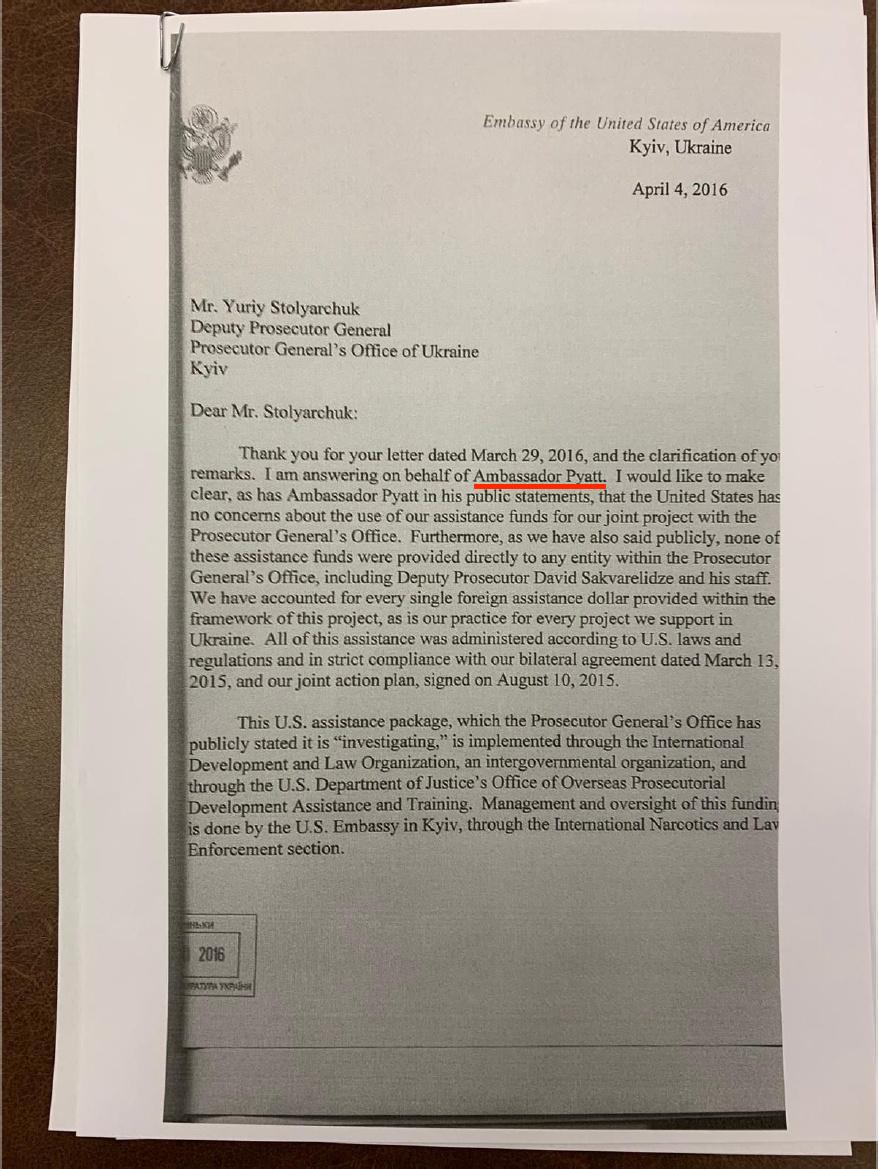 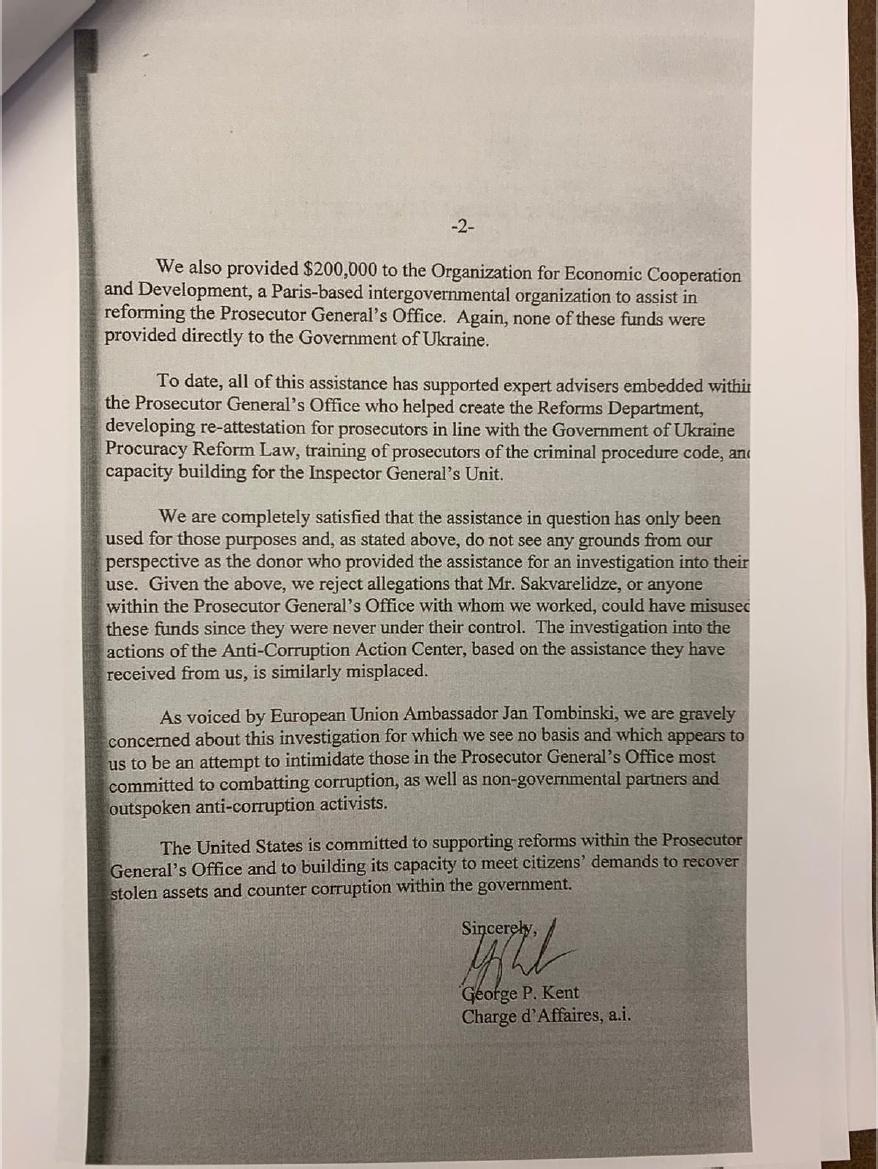 Even after these official confirmations from the US government that no funds had disappeared, the Prosecutor General’s Office continued
investigative actions against the AntAC. Two days before the closure of proceeding the PGO received 11 more decisions on temporary access to documents of the organization, its contracting parties, and donors.

Yuriy Stolyarchuk, deputy of the Prosecutor General Viktor Shokin, even stated that he had intended to question the Ambassador Pyatt in this case.

On August 29, 2016, Marie Yovanovitch handed letter of credentials and embarked on duties of the United States Ambassador in Ukraine.