Presidential responsibility: how the lack of judicial reform covers the Maidan criminals 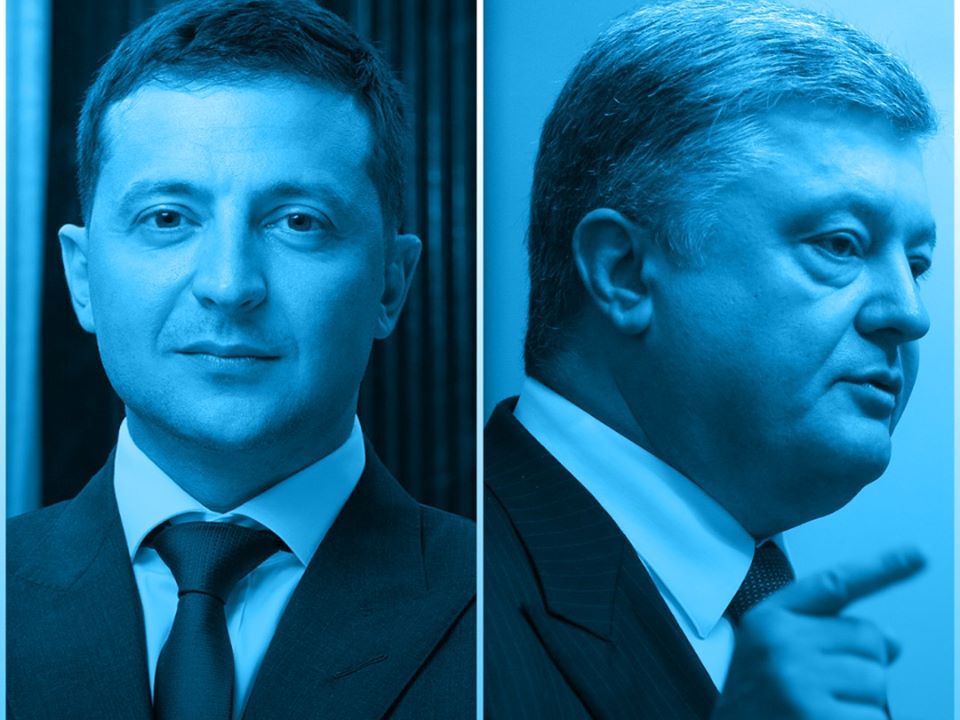 Only few perpetrators have been brought to responsibility for committing bloody crimes after six years of the Revolution of Dignity. Instigators and organizers of shootings have not been punished. Ukrainians are only given loud promises.

The new government also gives promises like their predecessors. We received assurance from President Volodymyr Zelenskyi that “no one will allow to dump the Maidan cases”. Once again the issue of independence of law enforcement agencies and courts was raised regarding exchange of former Berkut officers (special police force) accused of shootings at the Maidan, who were released from house arrest for this purpose.

Today, there are battles regarding the problem of organizing the investigation: the Prosecutor’s Office has lost the investigative function, and all the Maidan cases have been transferred to the scandalous State Bureau of Investigation.

The investigation is not finished yet. However, it will not be finished with the fair punishment without independent court. Poroshenko, as well as Zelenskyi, declared the implementation of judicial reform.

Petro Poroshenko has failed the change of judicial system, because it is impossible to reform with one hand and control with the other. Zelenskyi has the chance not to make the mistake and to keep the promise of “no one is above the law“.

We decided to dig into Poroshenko’s and Zelenskyi’s judicial reforms in the context of cases related to the Revolution of Dignity. After all, despite promises, the Maidan judges are still working in Ukrainian courts, the High Council of Justice covers them, and the repair of system has been superficial.

Never-ending circle of the judges’ cover-ups

Let’s see how people involved in the Maidan crimes, including judges, are “covered” at various instances. In fact, those who should be on the prisoners’ dock for their actions during the Revolution of Dignity remain in their judges’ robes. These are just a few examples of the fact that nothing happens on any level.

The first instance. There is the judge Svitlana Volkova. In 2016, she was dismissed by the Verkhovna Rada for setting free the person involved in the case of shooting 48 Maidan activists.

However, recently she has been resumed at position according to the decision of the new Supreme Court (more information below). Already in January 2020, the adviser to the fugitive President Viktor Yanukovych Andriy Portnov received the gift from her. Volkova decided that Portnov, who escaped from the country after the Revolution of Dignity, had actually lived in Ukraine during the last five years. Now, it gives him the right to participate in management of public affairs and even to become the Member of Parliament.

The second instance is appellate one. The Court of Appeal of Zhytomyr region upheld the decision of the first instance regarding compensation for non-pecuniary damage to the traffic policeman who had made fake protocols to the Maidan members for the trip to Mezhygirya.

According to the court decision, due to the criminal proceeding initiated against him, the traffic policeman Viktor Tyshchenko “became devastated, lost sleep, lost appetite, lost the point of life, was in constant stress, and was expecting that he would be illegally sued for the non-existent crime”.

The compensation to the traffic policeman amounted 300.000 UAH.

Third instance is the Supreme Court. In November 2018, the Grand Chamber of the Supreme Court, the most recent court instance, cancelled the dismissal of the judge of Dniprovskyi District Сourt of Kyiv Oleksandr Dzyuba.

On February 19, 2014, Dzyuba sent to prison two protesters, arrested by the law enforcement officers on Grushevskogo street in Kyiv. After the Maidan, the Prosecutor General’s Office initiated the criminal proceeding against him. And now he is on the prisoners’ dock.

In 2018, the High Council of Justice managed to release him. By the way, he is one of few. However, the Supreme Court made the decision that Dzyuba was released illegally.

In fact, the Supreme Court wrote that Dzyuba’s decision to arrest protesters was legal. The speaker in this case was Oleksandr Zolotnikov. He forbade peaceful meetings in Odessa during the Maidan time.

Who should break this never-ending circle of the judicial elite?

Only two judicial bodies can do this: the High Council of Justice (HCJ), which is responsible for appointment, bringing to responsibiity or dismissing judges, and the High Qualification Commission of Judges (HQCJ), which is responsible for forming the judicial corps, transferring judges, ensuring their proper qualification. Although the final decision is not made by the HQCJ, but judges are appointed and dismissed according to its recommendation.

However, those who have to bring justice, provide the cover-up themselves. This is also seen in the Maidan cases and how successful is the fate of judges, who had prosecuted activists in 2014.

Due to the delay of the HCJ and sometimes intentional coverage, almost 70% of the Maidan judges retained their positions.

It was the HQCJ that had selected during the competition, and the HCJ recommended the appointment to the Supreme Court of those smudged servants of Themis who continue to cover the Maidan judges today.

In 2015, Poroshenko promised that the Maidan judges would be imprisoned. However, his first steps did not foresee fundamental change of the judicial system.

As confidence in the court was not restored in first post-election years, Poroshenko made the radical step. In June 2016, the Verkhovna Rada voted for amendments to the Constitution in the part of justice and the new edition of the Law “On Judiciary and Status of Judges”.

The law foresaw the liquidation of high courts and the creation of new Supreme Court during the open competition; compulsory integrity examination for all current judges and dismissal of those who fail; involvement of the public in these processes through the Public Council of Integrity. The High Council of Justice only slightly changed its legal name.

The failure of reform became apparent almost at the beginning, when the mantles of new supreme judges were dressed by old judges of the same high courts. According to results of non-transparent competition, judges, who had banned peaceful meetings during the Revolution of Dignity, had made politically motivated decisions, had lied in declarations and could not explain origin of their wealth during interviews, were appointed to the Supreme Court.

For instance, Oleksandr Zolotnikov got into the new Supreme Court. In 2013, he banned peaceful protests in Odessa. Judges Mykhaylo Smokovych, Tetyana Strelets and Valentyna Yurchenko cancelled the decision regarding dismissal of the Maidan judges. Former members of the HCJ Igor Benedysyuk, Tetyana Malashenkova and Alla Lesko helped the Maidan judges to avoid punishment in every possible way.

The cessionary of the HCJ – the High Council of Justice – chose the same way. We should mention the notorious judge Mykola Chaus, whom the NABU caught while hiding a bribe in a jar.

During the Revolution of Dignity, Chaus deprived the right to drive the 60-years-old engineer Konstantyn Veltyshchev for the trip to Mezhyhirya for the period of 6 months. His “Moskvych” was in the garage all day.

The HCJ did not dismiss him either for the Maidan or for the “jar case”. Only in March 2017, he was dismissed because of the fact that he “did not go to work”.

The High Qualification Commission of Judges also failed two main tasks after the Revolution of Dignity, namely to clean and refresh the judicial ranks.

Only 6% of judges from more than 2.000 did not pass the integrity examination. As of the end of last year, the HCJ managed to dismiss only one judge out of this 6%. The rest continue to receive their salaries.

There are no doubts that the embodiment of the unreformed Ukrainian Themis became Kyiv District Administrative Court (KDAC).

Poroshenko was going to liquidate this court, and “suddenly” he changed his mind to destroy the institution, through which all appeals against power go.

Namely judges of KDAC made first decisions against the Maidan during the Revolution of Dignity. Today, they not only continue their work but also get promotion while the HCJ continue to cover them.

At the end of July 2019, searches regarding the Maidan cases took place at KDAC. Then, the audiorecordings of judges’ conversations were published. They spoke about creation of artificial conditions for interfering with the work of the HQCJ.

Failed Judicial “ZeReform“ by the HCJ

Volodymyr Zelenskyi in his 2019 election program promised “justice and having no one above the law”. He stated that “the judicial branch should become the power, but not the servant of the President, government, parliament, local government”.

One of the first draft laws submitted by Zelenskyi to the new Verkhovna Rada was the draft law regarding the reform of judicial administration bodies. The head of the state proposed to completely restart the High Qualification Commission of Judges, remove dishonest members from the High Council of Justice and halve the number of judges of the Supreme Court.

Members of Parliament supported the presidential initiative. The law came into force on November 7. The entire composition of the HQCJ has terminated its powers, and the new one should have been selected by the Competition Commission with international experts.

Zelenskyi also proposed to involve international experts in the work of the Ethics Commission in order to examine all members of the HCJ and to initiate the dismissal of dishonest ones.

Both new HQCJ and the Ethics Commission should have started their work by February 7, 2020. But the HCJ systematically blocked their creation: due to various delays, approval of rules that neutralize the role of international experts and contradict the law, in fact.

The HCJ became insolent after the final blockage of the reform and even blamed all international partners who took part in the competition to the High Anti-Corruption Court.

According to these circumstances, it is obvious that none of changes initiated by Zelenskyi regarding the judiciary will happen as long as all levers of influence on the process of reform are in hands of dishonest members of the HCJ.

The only way to fix this is to make amends to the law, which will prevent the HCJ from sabotaging the reform. Also, the new law should take into account warnings of the Venice Commission. The ability to initiate such changes depends only on the President.

Unfortunately, today the judicial system in Ukraine still operates on the principle of “telephone justice“, but not according to the law.

According to the practice, the refurbishment will not work and only radical steps can change the situation. It is obvious that the fish rots from the top down. And Ukrainians should not expect justice without restart of the High Council of Justice.

Judges selected by judges are only able to protect their own “ecosystem”, pushing out any attempt of the reform, even by breaking the law they swore to protect.