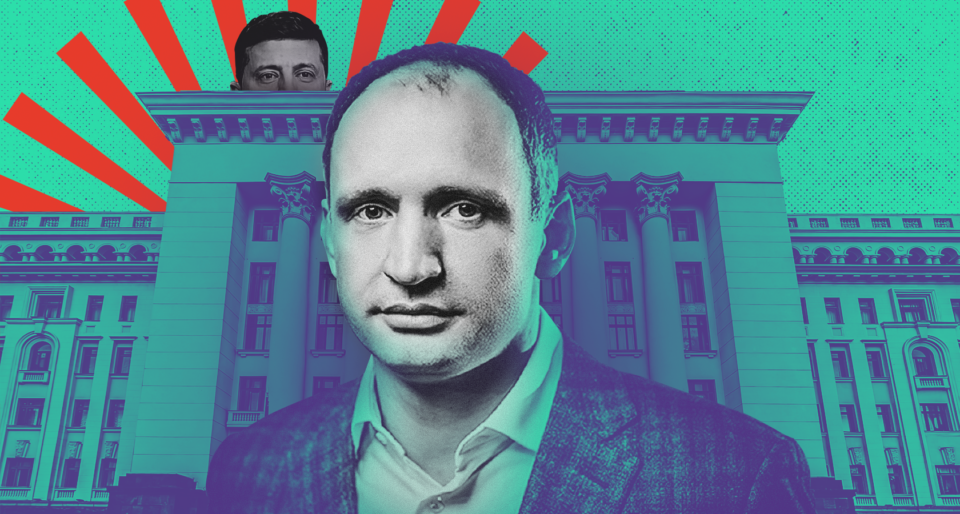 On December 24, the Selection Commission for the selection of the head of the Specialized Anti-Corruption Prosecutor’s Office held a meeting, but for the second time failed to formally approve the winner of the competition, Oleksandr Klymenko. The part of the commission controlled by the Presidential Office again refused to approve the formal decision.

The head of the commission Kateryna Koval read a letter from the NABU detective and the winner of the competition for the position of SAPO head Oleksandr Klymenko. It became known from him that Klymenko was called yesterday from the Prosecutor General’s Office to conduct special vetting once again, later with the same request called the Selection Commission. In addition, the PGO claimed that several documents in Klymenko’s personal file were allegedly missing, but in fact he already submitted them at the beginning of the competition.

In the same letter, Oleksandr Klymenko asked the Commission to provide documents according to which the commission decided to conduct repetitive special vetting and explain the legal grounds for such a procedure.

Moreover, Klymenko asked the National Agency for the Prevention of Corruption to clarify the need for repetitive special vetting.

The NAPC responded: “There are no legal grounds for repetitive special vetting of a person applying for an administrative position in the Special Anti-Corruption Prosecutor’s Office.”

The chairman of the commission, Koval, has already stated that all these documents are available (see 26:05): “We have received the results of a special vetting of ALL candidates.”

“At first, the Office of President played with the hands of controlled members of the Commission to conduct a second special vetting of the winner of the competition. When this scenario did not pass, the chairman of the commission Koval read a draft decision of the commission, which was written in such a way that the actual appointment of the head of the SAPO becomes impossible. According to the draft, Koval was given the opportunity not to approve Klymenko’s appointment until she receives the documents she already has, ” Vitaliy Shabunin, chairman of the AntAC’s board, commented.

Later, the chairman of the Commission Koval read out the draft decision to appoint the head of the SAPO containing a controversial para 15:
“Candidates for the position of the head of the SAP, his first deputy and deputy, selected by the Selection Commission, are submitted for the appointment of Prosecutor General for appointment subject to confirmation by the Selection Commission of their compliance with the laws of Ukraine “On Lustration” and “On Corruption Prevention ” and obtaining state secrecy clearance in accordance with the Law of Ukraine “On State Secrecy”.

The phrase “subject to” means that they will be able to block Klymenko’s appointment to the position of head of the SAPO. After all, all these documents listed in this paragraph have been already provided to the Commission. For instance, the condition may be never fulfilled if, for example, the PGO quite rightly says that there is no reason to additionally provide the Commission with the documents it already has.

In the end, the commission voted for 3 different draft decisions:

two normal ones as a result of which there would be no problems with the appointment of the head of the SAPO. The members of the commission controlled by the Office of President refused to vote for these decisions.

one draft decision was proposed by Koval, which would have blocked the competition. Independent experts did not support this decision.

“You know very well that you will not receive these certificates from the Prosecutor General’s Office. You read the NAPC letter, which you did not want to read because you know very well what is in it. Now you are referring again to the new special test, but there is a part that will never allow you to submit nominations to the PGO. You have received all the necessary confirmations from the PGO a month ago, ” Drago Kos, a member of the commission, summed up addressing the commission’s chairwoman Kateryna Koval.

Competition for the head of the SAPO lasts 15 months. Among the two finalists of the competition, the winner was NABU detective, who investigated the case of Oleg Tatarov, Oleksander Klymenko. However, on Tuesday, December 21, the controlled members of the Commission refused to vote for the formal approval of the results, delaying the appointment of Klymenko as the next SAPO head.