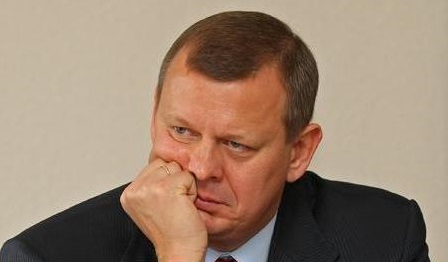 On June 3, the Ukrainian Verkhovna Rada took the significant step in lifting parliamentary immunity from the Ukrainian MP Serhiy Klyuyev.

Klyuyev, a close associate of former president Viktor Yanukovych, had been under investigation for fraud and embezzlement of public assets, amounting in the value of millions of dollars.

Given his position as an MP and the immunity status associated with his position, prosecution seemed unlikely, but through the concentrated efforts of the Anti-corruption Action Centre along with Automaidan activists and partner MPs, his immunity has successfully been lifted.

The Anticorruption Action Centre took an active role in guiding this process to such a conclusion.

At the outset, AntAC had published an article on May 7, 2015 on Ukrainska Pravda, highlighting the steps the General Prosecutor’s Office should take to prevent the lifting of EU sanctions on Klyuyev.

Specifically, AntAC called on the General Prosecutor to submit an official request to the Verkhovna Rada to lift Sergiy Klyuyev’s immunity status. This request was then submitted on May 12, 2015.

While it initially appeared that Klyuyev might avoid prosecution, as the Verkhovna Rada’s Procedural Committee did not assent to voting on Klyuyev’s immunity status, AntAC renewed its efforts and reminded the Verkhovna Rada and the public of the severity of his transgressions.

First, on June 1, AntAC published an article about publicly known facts of Klyuyev’s embezzlement of state funds, including the fact that he officially owned the company “Tantalit”, which financed the building of Mezhyhirya, Yanukovych’s luxurious estate.

Second, AntAC organized public street action in coordination with AutoMaydan activists in front of the parliament to articulate the necessity of lifting his immunity status. Our organization’s message was televised, and we shared the details with Ukrainian MPs through leaflets and infographics placed in the Verkhovna Rada.

Although lifting his immunity is a significant step, there are still several more ahead to lead to his prosecution. Therefore, AntAC next will

Through these next steps, we will work to establish stronger accountability and rule of law in the state by ending the impunity of senior state officials engaged in corruption.