Home Новини Pardon us, IMF, so long, reforms? Myths about 3 billion worth of Eurobonds

Pardon us, IMF, so long, reforms? Myths about 3 billion worth of Eurobonds 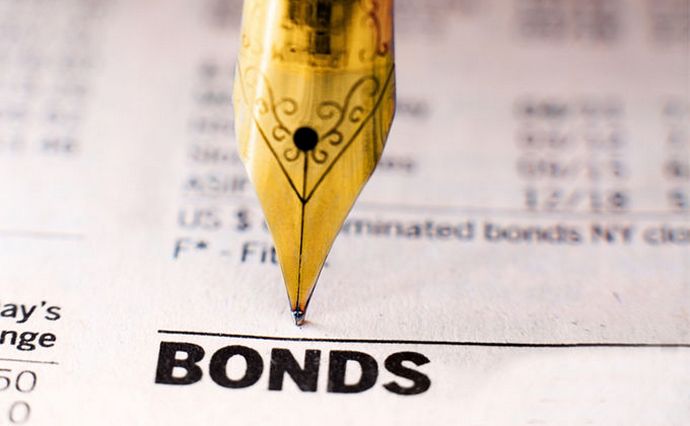 What does Ukraine issuing/placing its Eurobonds actually means? Is it good or bad? What are the risks? And, most importantly, what to do next? Answers here.

The world isn’t black and white. One cannot simply classify everything into victory and treason, as it has become customary in Ukraine in recent years. Economy is no exception. It is just as many-sided and non-homogeneous.

What does Ukraine issuing/placing its Eurobonds actually means? Is it good or bad? What are the risks? Is there reason to be afraid? Or should one rejoice? Ukrainian expert community and politicians immediately split into two camps, for and against.

Naturally, those closer to the government, saw a great number of victory signs, whereas those leaning towards opposition, just as naturally saw all characteristics of treason.

Below are several myths on the issue that need to be busted in order to separate the “picture” from the “black and white domain”. Also, more importantly, to understand what to do next.

The very fact of issuing European debt securities (so-called euro obligations) by Ukraine is an important event. Ukraine made its comeback to the market of private foreign funding after 2015, when, having restructured its Eurobonds, Ukraine slammed the door on this market for several years.

At the time, holders of Ukrainian debt securities were coaxed with 3.6 billion USD of additional obligations, their pay-offs being tied to economic growth of the country for 20 years, starting with 2021. The debt was reduced by 3 billion USD. The interest was raised by 1-2%. Yet, this still caused fear.

After such flops, nobody would even consider buying our new debt securities.

Therefore, this event is a significant one and not to be ignored. The blockade is broken.

Issuing Eurobonds will be of no consequence for the business

Not true! The Ministry of Finance, like a proverbial ice-breaker, has just cleared the channel for the private business. Now, those who are still or already more or less in shape, can enter external loan markets. Including IPO.

Business got a breath of fresh air. Sure enough, it will not be able to breathe fully and deeply yet. In order for business to breathe normally, one needs a change of environment, improvement – and a radical one at that – of the country’s business climate. That is a completely different story, though, an unfinished tale of structural reforms, which part of the elite so vehemently opposes.

Ukraine simply tested the market of external private loans and will leave it at that, going back to its usual work with international financial institutions, including IMF

No, Ukrainian Ministry of Finance is not likely to leave it at that. It has already gotten the taste. The demand (the number of buying claims) was several times higher than the amount they planned to sell.

It is highly probable, that at the end of this year or at the beginning of the next year another attempt to enter the market will be made. The number of obligations issued is predicted to fall somewhere in the middle of the unsatisfied demand of risk investors.

Taking into account the fact that the demand was 6 billion higher than the offer, new chunk is predicted to amount to 3 billion USD. More is too risky, less is unsatisfying. That’s what most of the private businesses would do. One simply cannot have too much money! Take as much as you can while you can!

Ukraine is not a private enterprise, though. The country has accumulated more than enough debt – over 80% of GDP. Meanwhile, the cost of servicing this debt is frankly astronomical. In the state budget draft for 2018 almost 6% of GDP is allocated for paying off the interest on already existing debt, which is more than expenses for military and defense complex and security of the country.

Considering the above, should one take out additional loans? Sometimes, yes.

The Ministry of Finance is doing the regular financial engineering. Attempting to substitute some debts with the others. Whereas the pay-off terms are delayed as far as possible into “unforeseeable future”. This “unforeseeable future” is 2019. The very time when the country (provided the present status-quo stands) will be on a new peak of its political cycle.

The real danger lies in our lack of responsibility. We are agreeing to passing over our debts to our children. “Let them deal with it in 15 years” logic is only good for those one doesn’t care for. Hopefully, this does not pertain to our children.

As recently as at the end of last week Ukraine needed IMF. It was going to fulfill its obligations and conditions offered by none other than Ukraine itself. Will the situation remain the same by the end of this week? I wouldn’t count on it. Lack of acute money need can result in slowing down the reforms.

And we all know how that one goes.

The relatively favourable location of the state debt is not due to the fact that we command more trust, but to the rapid change of the global situation. In the few recent months the investors’ behavior has changed significantly. They now tend to take higher risks.

As recently as this spring, Ukraine could enter the global financial market at 9-9.5% interest rate. Now it was able to do it at 7.4% interest. Moreover, bond maturity is to be unprecedented 15 years.

When analyzing our situation in isolation, one can be under the illusion of complete trust to Ukraine. However, when taking a look at the preceding events, the following stands out:

Iraq sold its bonds this summer at its record low of 6.75%, Greece reentered the market at 4.6%, Belarus, having had no access to the global loan market for decades, was able to get almost 1.5 billion USD at 7.6% interest rate. Even Tajikistan, one of the poorest former Soviet countries, that entered the market for the first time in its recent history, was able to borrow half a billion USD at 7.1% of annual interest rate.

Last but not least, Argentina sold 100-year (!) bonds. Now, that is one country that “deeply” cares about the wellbeing of its grandkids as well as several generations of its great-grandkids.

Therefore, it was only natural to take advantage of that “carpe diem” moment. Hats off to the Ministry of Finance of Ukraine for that very reason. It nailed it, grabbed the chance, seized the occasion, and took the opportunity. Nothing more.

What should be done now

First, to use the acquired sum not for the pay-off of 2018 and 2019 obligations, but those that tie us to the creditors for longer. For instance, 3.6 billion USD worth of securities, which will be in circulation on the market until 2040.

Now they are traded at a discount. One dollar of our securities is worth 50 cents. It means that to pay off the whole sum of this debt yoke, 1.8 billion is required. This, however, would be the right thing to do for our children and grandchildren. It’s not their fault, is it? And the remaining 1.2 billion USD can be used for paying off the debt of 2019.

Secondly, by no means should Ukraine pause the reforms and stop fulfilling their obligations before the international partners. IMF, first and foremost. Now it is our partner, guarantor and supervisor.

Thirdly, we should not succumb to delusions, unrealistic, at least for now, dreams, such as some sort of the Marshall Plan for Ukraine. Nothing and nobody can help us, if we don’t help ourselves. This saying is trite and overused, but this does not make it any less true. And if the elite cannot manage that, it needs our assistance.

Oleh Ustenko, president of the Harward Club of Ukraine, executive director of the International Bleyzer Foundation for pravda.com.ua