Fence around Avakov’s villa at Via delle Batterie, in Italian municipality of San Felice Circeo, in Lazio region.

Avakov, Minister of Internal Affairs of Ukraine, became owner of a villa in Italy through the firm from “Gorshenin Institute”.

In 2017, Arsen Avakov, Minister of Internal Affairs of Ukraine, became owner of a villa on the Mediterranean Coast in Italy. That much is stated in the documents from business and property registers in Italy.

The 566-square-meter building has 26 rooms on its first, second floor and the basement. About 774 thousand EUR is the approximate cost of the real estate, according to the calculator on the site avvocatoandreani.it.

Google maps show a house with the swimming pool at this address: 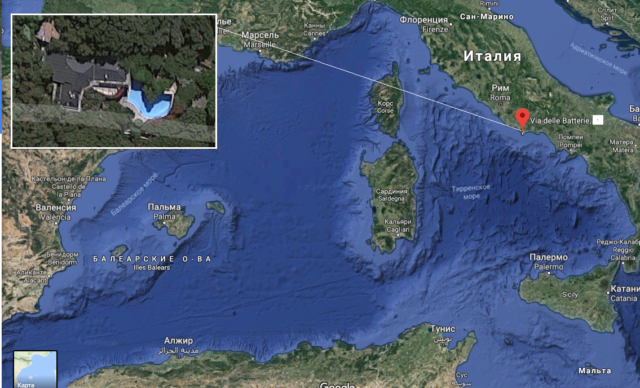 The scheme to buy the villa was a sophisticated one.

In 2017, the firm “Avitalia S.R.L”, exclusively owned by Avakov, took over another Italian company – “Ferdico S.R.L”. 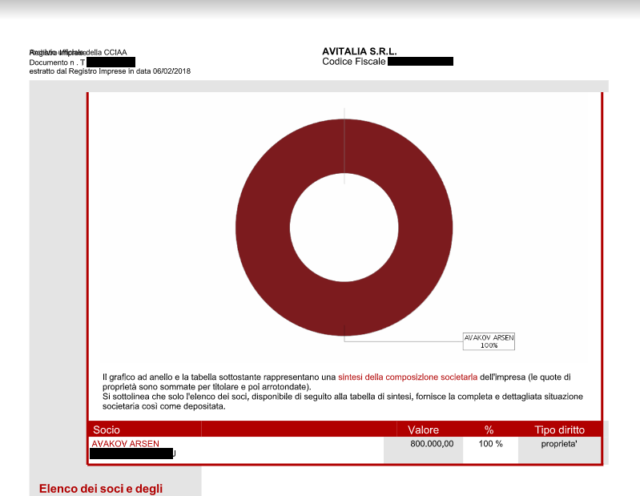 On February 3, 2017, “Ferdico S.R.L” obtained the state act for the right of ownership at Via delle Batterie, in Italian municipality of San Felice Circeo, in Lazio region, province of Latina, Italy. 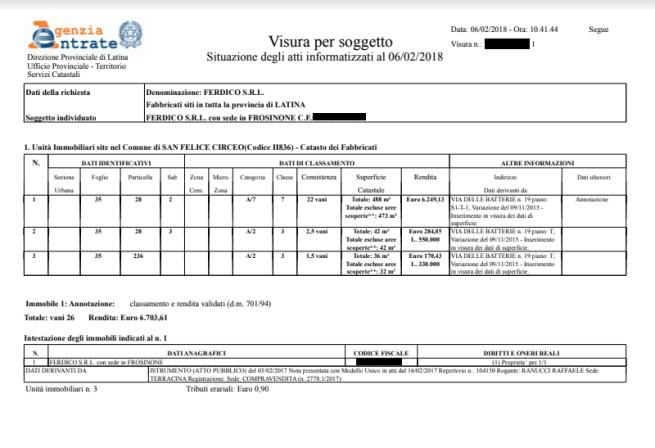 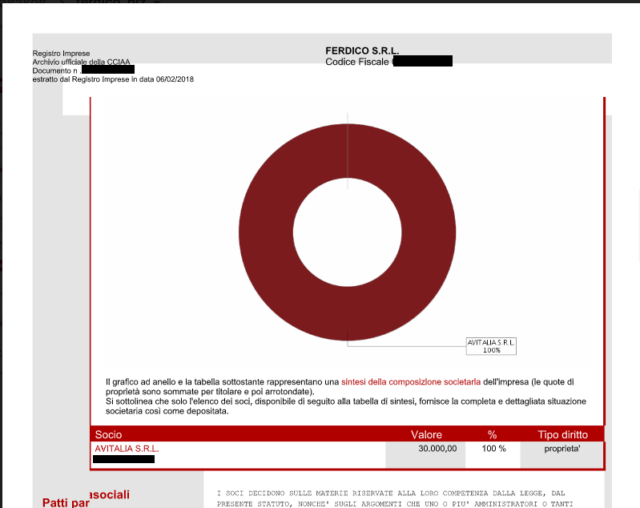 Before the Amirians “Ferdico S.R.L” was headed by Iryna Kuzhel, while Natalia Kozlova and Vadym Omelchenko were board members. The latter is registered in the documents in 2014-2016 as the sole member of “Ferdico S.R.L” (the firm itself was founded in 2013).

Omelchenko, Kuzhel and Kozlova are three of the six co-founders of “Gorshenin Institute” NGO. Besides, Kozlova along with Omelchenko co-own the brand for goods and services “Gorshenin Kyiv Institute of Management Problems”. Omelchenko is one of beneficiary owners of “Gorshenin Kyiv Institute for Management Problems” LLC. Iryna Kuzhel also co-owns goods and services brands Gorshenin. Internet mass medium “Livyi Bereh” (The Left Bank) is a project  of Gorshenin Institute.

When merging with “Avitalia S.R.L” company, authorized capital of “Ferdico S.R.L” was 30 thousand EUR. Consequently, the Minister of Internal Affairs of Ukraine managed to obtain a 774 thousand EUR property for 30 thousand EUR. As of February 2018, changes to reflect the above deal were not made to Italian register of real estate, the San Felice Circeo villa is still registered to “Ferdico S.R.L”.

Analysis of Minister Avakov’s declaration reveals that it is after Maidan that his financial affairs took a sharp turn for the better.

As of 2016, the Minister’s family owned 1.69 million EUR, 448 thousand USD, 12.14 million UAH, 870 GBP, 3015 CAD, 96 thousand JPY. The minister’s wife, Inna Avakova, included in the above sums 1.45 million EUR as a remaining sum from selling a share of some foreign firm worth 1.5 million EUR. Not included – 5 million UAH worth of obligations under the previous sales agreement of a share in “Astra-Finance” LLC which will become valid in case the option to buy such share is realized. Avakov also listed himself as a beneficiary owner of the two Cyprus companies: “Ulisse Management Limited” and “Fontana Management Limited”. He also declared 148 thousand EUR of dividends from “Avitalia S.R.L.” of October 2016, which were not registered in accounts and were not paid in 2016. It is noteworthy, that as of 2017, “Avitalia S.R.L” had from 1 to 2 employees, while “Ferdico S.R.L” – just one.

According to the Unified State Register of Legal Entities, Stock market infrastructure development agency of Ukraine and Youcontrol system, in 2016, 2017 and early 2018, the Avakov famly was directly or indirectly linked to companies that have tax debt, are about to be shut down or liquidated.