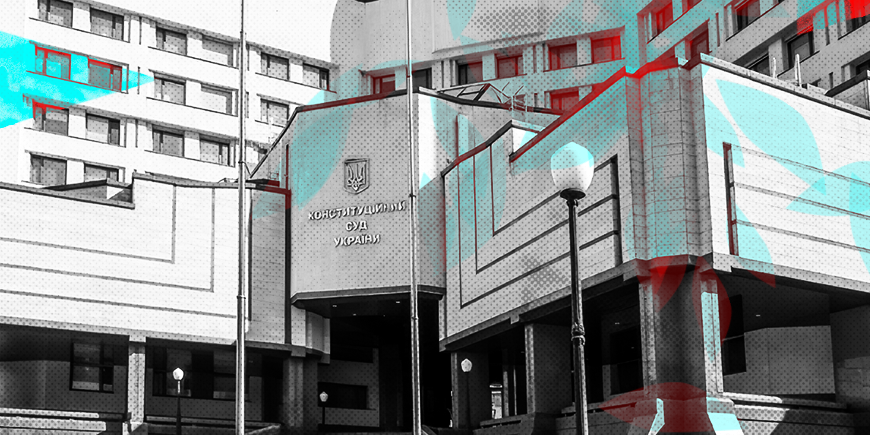 This decision of President Zelensky indicates a desire to fill “vacancies” that he argues appeared after the “cancellation of the appointment” of judges Tupytsky and Kasminin in an unconstitutional manner. However, in accordance with the Constitution, the President of Ukraine does not have the authority to dismiss judges of the Constitutional Court.

We believe that by appointing Constitutional Court judges to replace those ones who have been unconstitutionally removed from office, President Zelensky will only deepen the crisis around the Constitutional Court. Instead of restoring confidence in this body, the legitimacy of an institution designed to protect society and the state from usurpation of power and encroachment on the foundations of the constitutional order will be destroyed.

The political and legal consequences of such a decision are completely unpredictable. In the face of military aggression by the Russian Federation, the illegitimacy of a key body in the system of checks and balances will undoubtedly be used by the enemy. Legal uncertainty, which can paralyze state institutions, is an ideal opportunity for foreign invasion, which Russia successfully demonstrated in 2014.

Instead, we believe that the only way out of the constitutional crisis is to introduce a new transparent procedure for the selection of judges of the Constitutional Court, which would guarantee a real competition with the verification of the candidates’ compliance with constitutional requirements.

We are aware that this way out of the constitutional crisis is not easy, but complex problems are not solved in one step. Quick solutions often enjoy public support, but in the long run lead to new crises. We believe that the Parliament and the President should take a prudent approach to overcoming the constitutional crisis, showing commitment to democratic values, and proving the maturity of state institutions.

Given the above, we call on: