Home Новини NABU Auditor: No Candidte From The Parliament Yet

NABU Auditor: No Candidte From The Parliament Yet 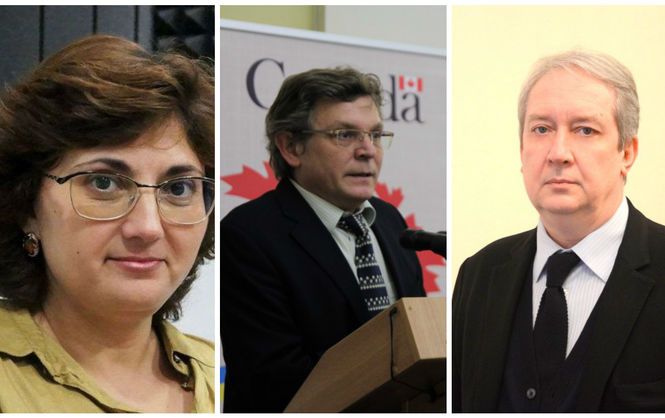 The Parliamentary Committee on Combating Corruption did not take any decision on candidate for NABU auditor from the Parliament. Dates of interviews with the candidates are not officially scheduled.

During the Committee meeting on June 21st members of the Committee from Poroshenko’s Block once again demanded to select candidates of NABU auditor without interviews.  Such approach violates procedure of the competition and cannot be justified. For example, some of the candidates also compete for the positions of judges of the new Supreme Court and, if appointed, may not act as NABU auditors; priorities of the candidates should be clarified during interviews. However, two members of the Committee – V. Kryvokhatko from Poroshenko’s Block and Y. Tymoshenko from Narodniy Front – refused to support selection of the auditor without interviews. Still, by the moment the Committee approached the issue of appointment of interviews, there already was no quorum.

However, an extraordinary meeting of the Committee was held on June 23rd upon request of 10 members of the committee. Although the meeting did not have quorum (12 people where present, while 13 are needed for the quorum), members of the Committee demanded to vote on the pretext that 13 people signed the registration form. However, the HEad of the Comittee prevented such a brutal violation of the rules of procedure.

The Committee intends to gather on July 10th to schedule the interviews and on July 12th – to hold respective interviews. However,  the committee is facing problems with quorum. Scenarios the Poroshenko’s Block and the Narodniy Front will attempt are:

The Poroshenko’s Block is pushing hard for NABU auditor to be appointed by the Parliament before summer vacations in order to have supposedly negative conclusion of the audit in August.

The last day when the Parliament can vote for NABU auditor under its quota will be July 13th.

For more information about candidtes, who participated at the competition for NABU auditor, please read latest Vitaly Shabunin blog post at Ukrainska Pravda.