Yulia Tymoshenko’s family received 2.4 million UAH of income from the Cypress-registered company Diafox Consulting Limited, the very company that the pawnshop chain “Desheva Hotivka” (“Cash for cheap”) in Ukraine is registered to. 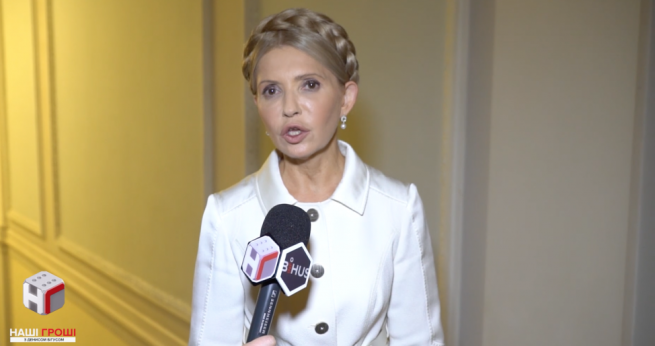 This information was revealed in the journalist investigation by Mariana Motrunych “Cash by Tymoshenko” for the television program “Nashi Hroshi z Denysom Bihusom”.

When asked, what the Cypress company is doing, and what her husband got the money for, Yulia Tymoshenko was evasive: “I think my husband should be asked about that, I am not the one doing business”.

The pawnshop was founded back in 2013. Now the chain “Desheva Hotivka” is comprised of 20 pawnshops. Its registration address is 48, Heroiv Sevastopolia Str., office 207. Coincidentally, this building houses Kyiv regional branch of “Batkivshchyna” political party, headed by the former MP Kostiantyn Bondariev. He is also the one associated with the company that owns the building. 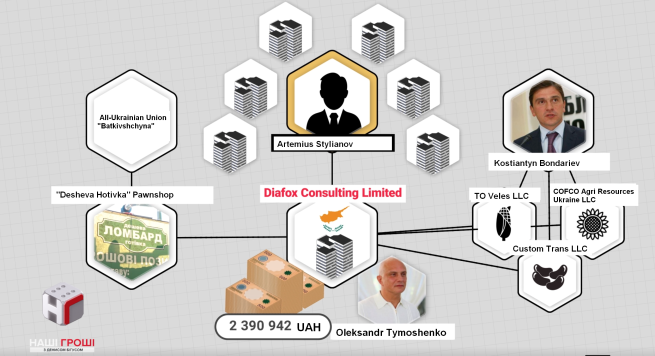 Furthermore, MP Serhiy Vlasenko of “Batkivshchyna” has his public reception office in this very building. The past episodes of “Nashi Hroshi with Denys Bihus” discussed the significance and protection that a mere sign with an MP’s name can offer for businesses. MPs’ community liaison offices enjoy the same immunity from law-enforcement as MPs themselves.

Apart from the pawnshop central office, a number of companies, associated with Bondariev, are registered in the building. 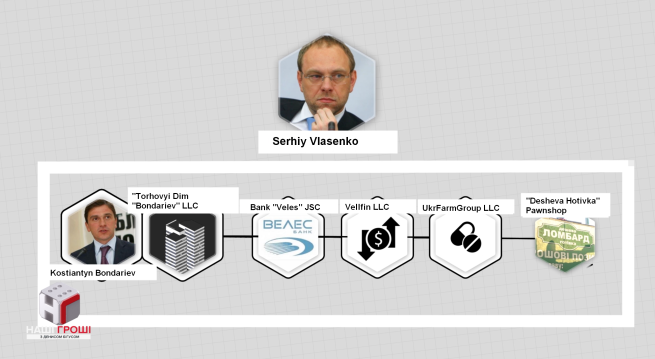 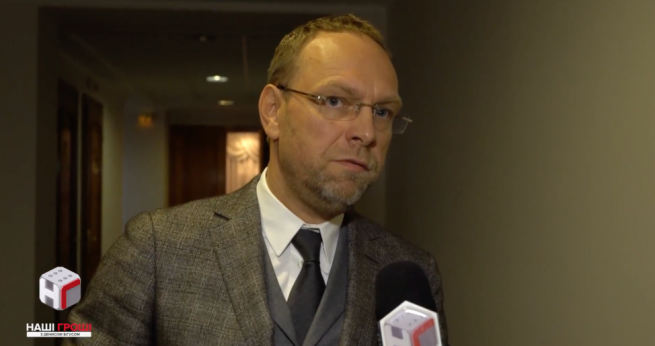 In the Cypress company registry, Artemius Stylianov, a nominee, is listed as the owner of Diafox Consulting Limited. Even though the real owner is impossible to identify, what can be identified is that the offshore can be firmly placed within the BYuT interests. 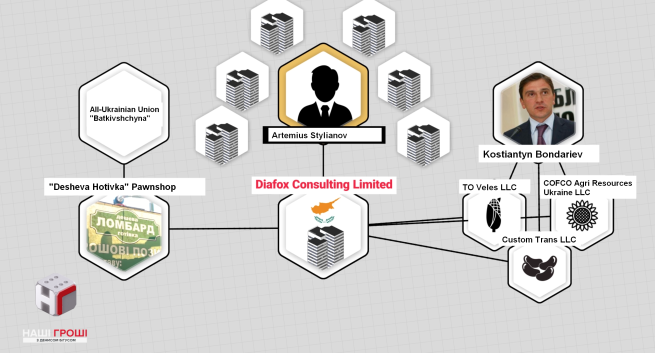 Neither Bondariev, nor Vlasenko, nor Tymoshenko gave any reply concerning the final beneficiary of the pawnshop.

Under the terms of regulations on pawnshop activity, the name of the primary shareholder must be clearly linked with the name of the business. In the case of “Desheva Hotivka”, even the National Committee of Financial Services is unaware of the pawnshop’s owner.

Besides, it was revealed that the chain was involved in semi-criminal circulation of the pawned objects: during the journalistic experiment, the pawnshop was ready to take jewelry without the required ID (passport and identification number). According to the official data, pawnshop business in Ukraine was worth 16 billion UAH last year, the National Committee of Financial Services predicts it to reach 20 billion this year. 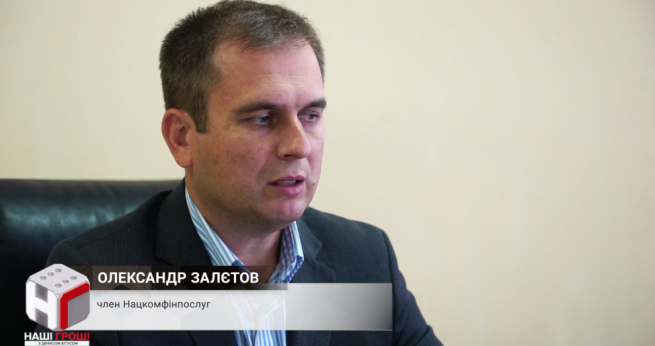 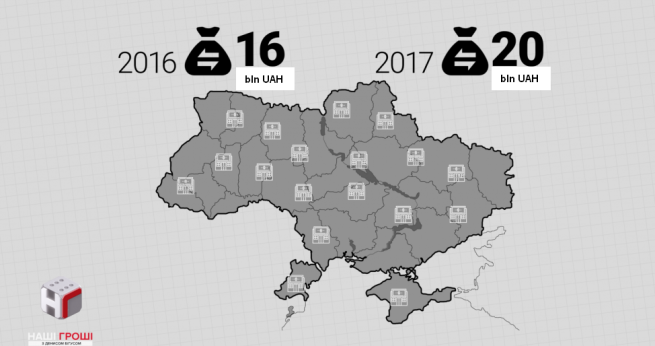 In 2008 Yulia Tymoshenko, then a prime minister, submitted a draft bill “On Pawnshops and Pawnshop Activity” to the parliament. The Verkhovna Rada refused her proposal in 2014. The BYuT party leader declared her husband Oleksandr Tymoshenko’s income to be 2.77 million UAH for the last year, as well as savings totaling about 600 thousand USD. 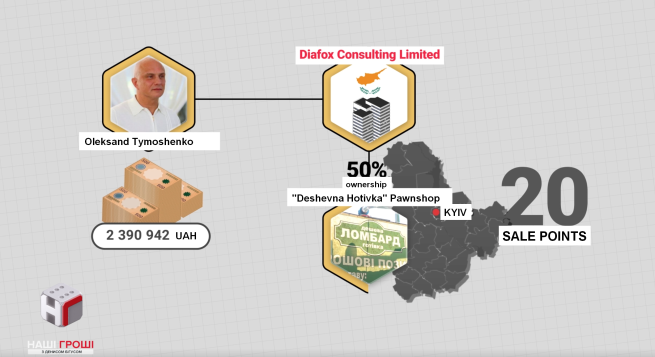 Coincidentally, a number of Oleksandr Tymoshenko’s Ukrainian companies disappeared from the declaration, out of 9 declared the previous year only 2 remained. Most of those companies are registered to the names of the third persons and consequently point to the Czech business of Tymoshenko’s husband.

Tatarov lied about the absence of the draft law to protect himself from the NABU: we publish document and analysis