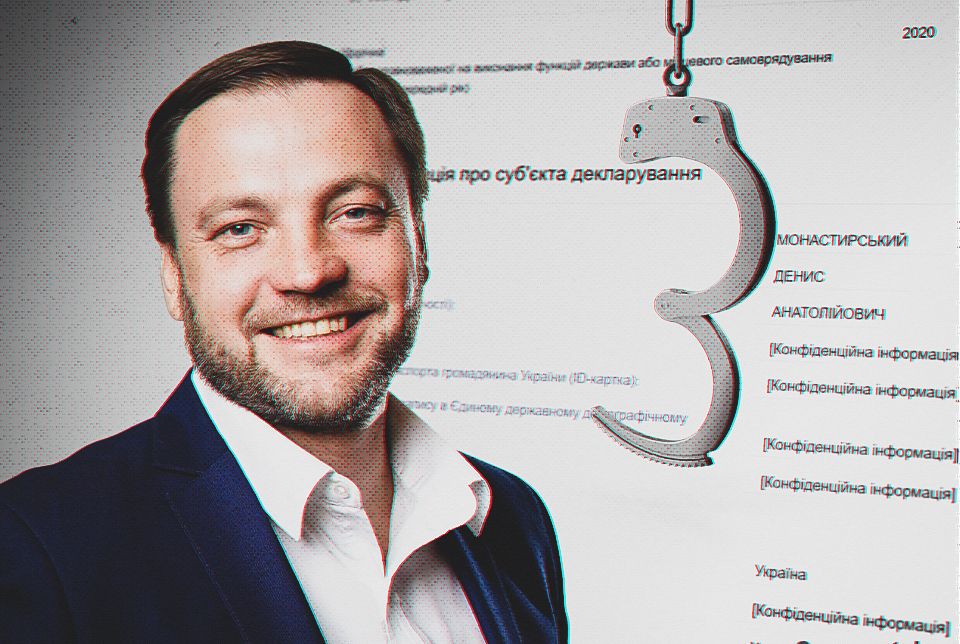 On March 4, MP Denys Monastyrskyi from the Servant of the People and chairman of the Verkhovna Rada’s Law Enforcement Committee wrote a letter to Speaker Dmytro Razumkov requesting that draft law No. 4651 (which increases liability for lying in the asset declarations) to be sent to the Venice Commission for an expert opinion. However, the respective committee did not make such a decision on the draft law. Thus, the MPs try to delay with increasing responsibility for false declarations.

Monastyrskyi justified the need to address draft law No. 4651 to the Venice Commission by saying that “at its meeting on March 3, 2021 (Minutes No.62), the Law Enforcement Committee considered the draft law and decided to recommend to the Verkhovna Rada to adopt it in the first reading and recommend the Speaker Verkhovna Rada should request the European Commission “For Democracy through Law” (Venice Commission) to provide an expert opinion on this draft law. “

Following this letter, on March 12, Razumkov asked the President of the Venice Commission to provide an expert opinion on the draft law.

However, at the very meeting of the law enforcement committee on March 3, the issue of sending draft law No. 4651 to the Venice Commission was not put to a vote, and accordingly, the decision to recommend sending it could not be made.

“Monastyrsky and Razumkov, elected to the Rada from the presidential party, despite the president’s initiative to return the imprisonment as a sacntion for lying in the declarations, did everything not to consider this draft law before the end of the declaration period for 2020. That is, there is no sense in looking for falsehoods in the submitted declarations because the maximum penalty is a restriction of freedom. And the amount from which such a “cruel” punishment is expected is equal to an elite apartment in the center of Kiev – from 9 million UAH. For lying for smaller amounts, even such a punishment is not provided, and due to the limited statute of limitations, the case will not even have time to investigate, “ said AntAC’s expert Anton Marchuk.

During the discussion, MP Bakumov, who presented the position of the subcommittee on the presidential draft law, proposed to send the draft law to the Venice Commission, but only after the adoption of the law in the first reading. After that, the chairman of the committee meeting Monastyrsky took the floor:

“We discussed three draft law: the first is the presidential bill, 4651. It will be the first to put it to the vote, right? A proposal has also been received, in parallel, to apply to the Venice Commission regarding all three draft laws, but this is not the authority of the committee, but the authority of the Speaker of the Verkhovna Rada, he will decide on this. So, I put forward a proposal to support … The first draft law is the presidential one, 4651: who is in favour of adopting and recommending the adoption of the committee’s opinion and recommending that the Verkhovna Rada adopt it as a basis? Presidential Bill 4651, please, who is in favour? ”

A vote has taken the place and the Committee supports this decision. As can be seen from the quotations, Monastyrsky did not mention the sending of Presidential draft law 4651 to the Venice Commission before voting for it. The Committee then held three more votes on other related draft laws and moved on to the next item on the agenda, without any vote on sending the draft laws to the Venice Commission.

We would like to note that draft law No. 4651 provides for the reinstatement of imprisonment for lying in asset declarations, as the Constitutional Court had previously arbitrarily abolished such offence. In December, lawmakers voted for a “compromise” law that was criticized the civil society and international partners for failing to provide real punishment for the crime.

Earlier, the Venice Commission had already recommended Ukraine to reinstate imprisonment as a sanction for lying in asset declaration.

The AntAC appealed to law enforcement authorities to investigate these facts and bring to justice those who falsified the committee’s decision.