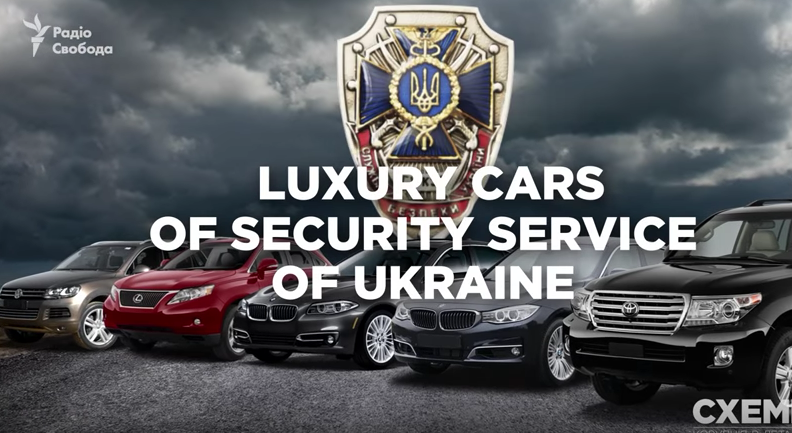 It’s extremely hard to investigate the potentially illegal activity of officers of the Security Service of Ukraine, partly because of understandable reasons connected with the very status of the investigated agency, and partly because of obstacles artificially created by the system.

This time journalists focused on one of the key departments of the Security Service of Ukraine which is called to protect the interests of the state in the sphere of economic security. Lately, this department has received many claims from businesses. Entrepreneurs complain that officers of this department combat business for their own advantage.

Valeriya Yegoshyna investigated the earnings of officers of the economic department of the Security Service of Ukraine on the example of their cars.

On May 10, 2017 there was conducted first court hearing in the administrative lawsuit of AntAC against Security Service of Ukraine, which in direct violation of the law failed to submit publicly asset declarations.

AntAC demands management of the Security Service of Ukraine to follow the requirements of the corruption prevention law and to submit their asset declarations at the united public portal of e-declarations.

Representative of the Security Service at court was not able to explain the reasoning behind such a secrecy and was not even able to give the name of the responsible person within the agency, which issued a decision to run a parallel asset disclosure system.

The court will continue considering the case, but there will be no more public hearings. It is important to note that managers of the agency were already submitting public paper-based asset declarations for the year of 2015 and this information was not considered a state secrecy before establishment of e-declarations system.