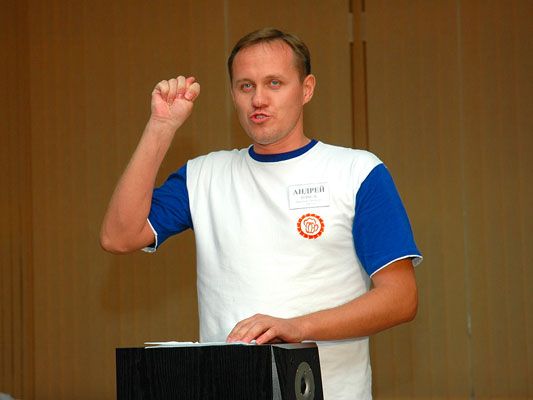 Plea agreement was concluded by former manager of SEPEK company Andrii Koshel with Deputy Prosecutor General Yuriy Stolyarchuk. It became known from the decision of Dniprovskyi District Court of Kyiv.

Koshel is a former top-manager of Serhiy Kurchenko’s SEPEK company, was a defendant in the case of liquefied gas sales on special auctions. He was accused of creating a criminal organization and misappropriation, embezzlement or seizure of property through abuse of office. The man was facing with up to 12 years of imprisonment.

The court decision with the agreement is not in the register yet. At a court hearing on May 12, 2017 representative of PGO Adrian Lupu solicited for the change of measure of restraint for Kroshel, in order to release him from jail under house arrest from 21 pm to 6 am.

Lupu insisted that actual risks in criminal proceeding have decreased, Koshel is “cooperating with the investigation by providing evidence which expose his companions in the commission of criminal offences”

Procecutor also asked to consider that further custodial detention of Koshel will be exceeding the amount of punishment mentioned in plea agreement.

Top-manager of SEPEK was detained on June 12, 2016 while he was attempting to cross the Ukrainian-Polish border.

Criminal proceeding upon which Koshel has signed the plea agreement was started in March 2017. In April case was submitted to Dniprovskyi District Court of Kyiv.

On May 12, on the request of Prosecutor the court allowed to release Koshel from jail with ankle monitor. He is not allowed to leave home from 21 pm to 6 am untill July 12, 2017

Let us recall that in March former Deputy head of the Board of “Naftogaz of Ukraine” Oleksandr Katsuba was also released.  He also entered into plea agreement with Yuriy Stolyarchuk and got probation for paying 100 million UAH (nearly $3.5 million) to the State budget as a compensation to the State for misappropriation of more than $ 1 billion in various episodes.

In 2015-2016 the case of Party of Regions member Yuriy Ivaniuschenko was also diluted. The court obliged to close the criminal proceeding against him because of inaction of Deputy Prosecutor General Yuriy Stolyarchuk, who was responsible for investigation.