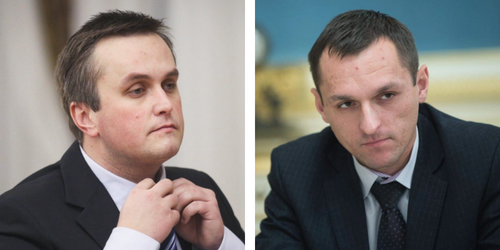 Anticorruption prosecutor Nazar Kholodnytskyi and his deputies are illegally postponing consideration of NABU’s appeal regarding the decision of SAPO prosecutor Krychun, who closed the “case of backpacks” against the son of Minister of Internal Affairs Arsen Avakov and his former deputy.

On July 13, NABU sent an appeal to the Head of the SAPO Nazar Kholodnytskyi regarding the closure of the criminal proceeding in the so-called “case of backpacks.”

According to requirements of Part 1 Article 313 of the Criminal Procedure Code of Ukraine, Kholodnytskyi or his deputy had to consider the appeal and make a decision within three days from the day it was received. That means that Kholodnytskyi had to examine the appeal before he went on a long-term vacation.

However, as of August 15, there was no response from Nazar Kholodnytskyi or from the First Deputy Maksym Hryschuk, who is Acting Head of the SAPO during Kholodnytskyi’s vacation.

NABU forwarded the similar appeal to Prosecutor General Lutsenko, but he essentially refused to consider it. This became known from the answer to NABU, which AntAC’s lawyers received.

“Higher-ranking prosecutor, in this case Nazar Kholodnytskyi or his deputy, may cancel the decision and reopen the investigation of the case. It is obvious that consideration of NABU’s appeal is deliberately slowed down until the time when the case is forwarded to the court regarding the third subject, and then it would be impossible to bring Avakov and Chebotar to responsibility”, – commented AntAC lawyer Andriy Savin.

We should recall that in July 2018, SAPO Prosecutor Krychun closed the proceedings in the “case of backpacks” regarding two subjects – the son of Minister of Internal Affairs Oleksandr Avakov and former Deputy Minister Serhii Cebotar due to the absence of “direct sufficient evidence”. Meanwhile, the third subject was left as the suspect – Volodymyr Lytvyn, who takes responsibility for himself.