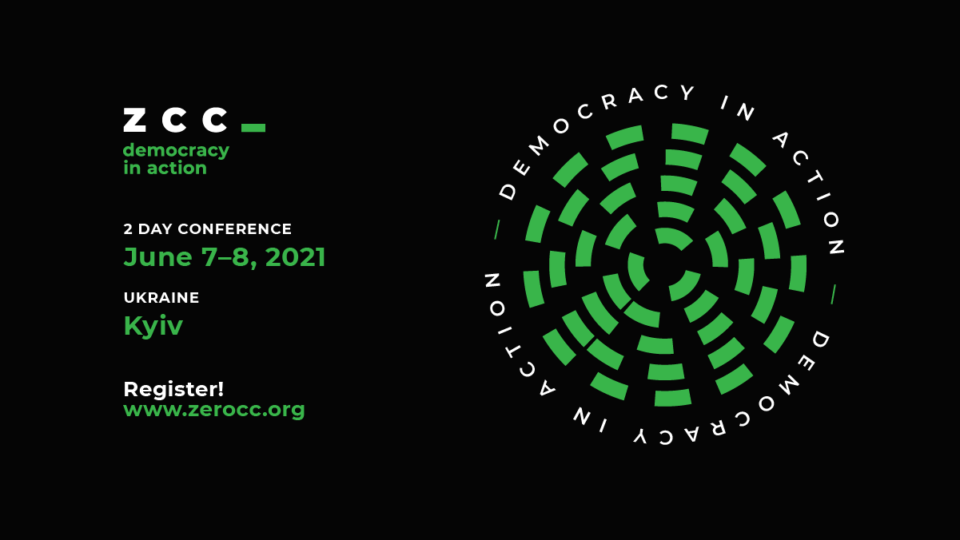 We would like to invite you to the international high-level conference seeking solutions to hybrid threats to democracy, specifically disinformation, strategic corruption and lawfare. The two-day marathon will be held in a hybrid format in Kyiv on June 7-8, 2021.

Democracy cannot be taken for granted and needs active protection. It must constantly preemptively adapt to threats posed by malevolent kleptocrats. Kleptocratic authoritarian regimes aim to erode established democracies from the inside by delegitimizing democratic values, subverting the democratic transition of power, breaking unity and trust within the alliances, or intoxicating their economies with dirty money.

Democracy in action means collective actions of civil society and governments from both well established and transitional democracies.

Democracy in action is learning from each other and seeking innovations, which reflect the core values of dignity, freedom, fair competition, and rule of law.

We are inviting you to join the Democracy in Action forum in Ukraine, a country where hybrid threats to democracy are highly visible and innovative solutions are being tested. In Ukraine, defending democracy means protecting the country from Kremlin military and hybrid aggression exercised through disinformation, strategic corruption, and lawfare.

This year Democracy in Action Zero Corruption conference will cover the following topics:

The event will be of interest for decision-makers, diplomats, investigative journalists, civil society activists, experts, and students of public administration.

The conference is supported and co-organized by USAID/ENGAGE activity funded by the United States Agency for International Development (USAID) and implemented by Pact, and other international partners, such as USAID New Justice Program, EUAM, WNISEF, NED, European Union Anti-Corruption Initiative, financed by the European Union and co-financed and implemented by the Ministry of Foreign Affairs of Denmark (EUACI), and in cooperation with other partner organisations.

Data Ocean became the technical partner of the AntAC’s project PEP.ORG.UA. How the access to the Public Register of Politically Exposed Persons will be improved