Who makes money on HIV/AIDS and tuberculosis in Ukraine – report 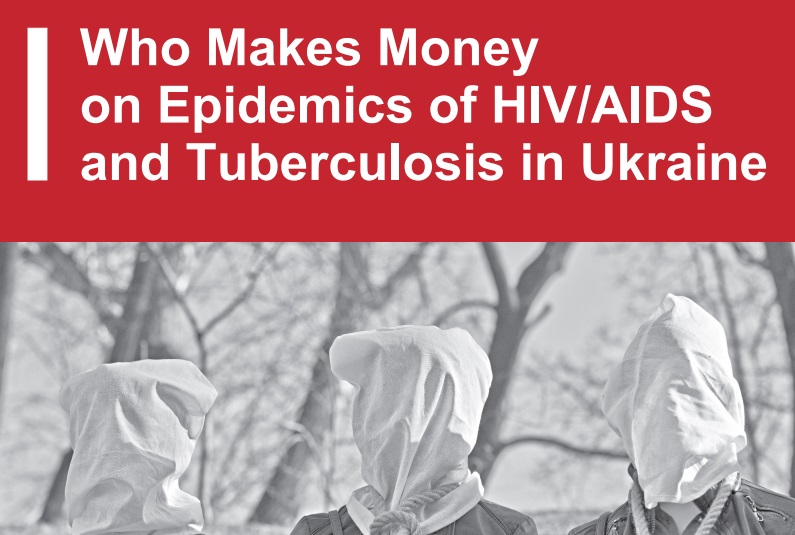 Anti-Corruption Action Centre report shows how Ukrainian taxpayers’ money allocated for the purchase of HIV/AIDS and TB agents end up in the pockets of private intermediary companies.

Report points out a price Ukrainian society pays for corruption in public procurement of drugs – it is life and health of thousands of Ukrainian patients.

Spread of HIV/AIDS and TB in Ukraine is the second highest in Europe after Russia. In 2013 219,862 Ukrainians live with HIV and 61,749 lived with tuberculosis. Together it equals to the population of average regional center of Ukraine.

In the same while Constitution guarantees every citizen the right to free medical services, state provides treatment to only 43% of HIV-infected and 88% of patients with tuberculosis. Instead, part of the funds allocated to the purchase of drugs ” disappear ” at the stage of spending. A great portion of funds allocated for drugs procurement simply “disappear” in the process of procurement.

In the system of drug procurement there is virtually no competition. With 6.5 authorized pharmaceutical traders in Ukraine, only 6 companies won ART bids and shared $30.9 mln USD. Only 8 companies won contracts for tuberculosis agents totaling in $13.7 mln USD.

Analysis of the Anti-Corruption Action showed that in Ukraine there are 4 key schemes of corrupting the system to win bids:

Because of corruption in public procurement of drugs thousands of Ukrainians don’t receive proper treatment. But there is a way out. AntAC’s experts offer a number of systemic changes at the sectoral , inter-sectoral and international levels.