Home Новини How to dump the case worth billions and lie about the lack of choice. The guide from the Prosecutor General 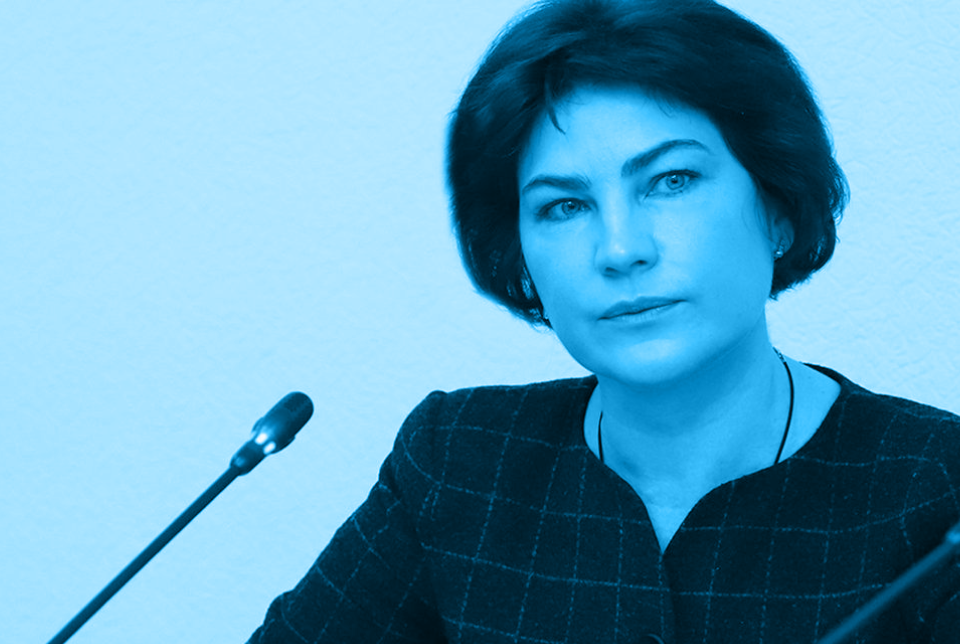 Right after Iryna Venediktova came to the Prosecutor General’s Office, we warned that the number of important cases would be at risk

On June 25, the Prosecutor General of Ukraine Iryna Venediktova , in fact, annulled one of the “most expensive” cases of the NABU and the SAPO. Namely, the case regarding embezzlement of 1.2 billion UAH from VAB Bank by its owner Oleg Bakhmatyuk and his accomplices. Only the miracle can save the case in future.

We explain at the elementary level why Venediktova lies when she states that she has had no other choice.

What did Venediktova do?

What does it mean?

Key procedural actions in the case took place after the case was reopened. Namely, suspicions to Bakhmatyuk and his entourage, preventive measures, and announcement wanted. As reopening of the case is cancelled now, albeit illegally, it turns out that all these actions are doubtful now as well.

After all, formally, if the decision regarding already reopened case is cancelled, it is considered closed from the moment of the first closing. That means from the moment the police did it in August 2019.

What has Pechersk court to do here with?

But the case is investigated by the NABU, so all complaints, appeals and statements should be considered by the Anti-Corruption Court according to the law. Initially, lawyers were repeatedly denied in Pechersk court, including on grounds of lack of jurisdiction.

Was she obliged to comply with illegal decision?

Venediktova herself denies her intention here and recognizes Pidpalyi’s decision as “undermining principles of law enforcement bodies”. Although, she does not agree with the decision, she is obliged to comply with it.

Secondly, Venediktova knew for sure that the SAPO had appealed Pidpalyi’s decision to the Appeal Chamber of the High Anti-Corruption Court. The fact is that this is not the first time when lawyers drag in other courts whose jurisdiction does not extend to the case.

This is done in order to make important procedural decision for them. Such attempts cannot be ignored. And the practice shows that illegal decisions of wrong courts are often cancelled.

At least the Prosecutor General could wait for the decision of the the Appeal Chamber of the High Anti-Corruption Court. In case she really wanted the clear process.

Even by a long stretch of the imagination to comply with Pidpalyi’s decision, it was possible to simply consider lawyers’ appeals and deny to satisfy them. That means to refuse to cancel the decision. And such decision would be legal. After all, the court did not have the authority to tell Venedictova how to resolve the lawyers’ appeal.

In descriptive part of its decision the judge Pidpalyi admits himself that it was possible to cancel the decision on reopening only according to results of its consideration and if there were grounds. But Iryna Venediktova made different decision. She canceled reopening of the case.

All these circumstances state about only one thing. Venediktova’s passage regarding her mandatory execution of illegal decision is nothing more but theatrical production, which has been clearly planned to implement the long-standing plan to close Bakhmatyuk’s case.

This is third and the most successful attempt of Venedictova to dump it. At first, she was “looking for” ways how to transfer the case to the SBU. Then, she interfered in the work of the Specialized Anti-Corruption Prosecutor’s Office, and demanded case materials in order to transfer it to another pre-trial investigation body.

Right after Venediktova came to the Prosecutor General’s Office, we warned that the number of important cases would be at risk. The reason is banal implementation of agreements between Bankova and oligarchs. And that exactly how it happened. The first was refusal of experts of the SBU to conduct forensic examination in the case of PrivatBank. The second is closure of Bakhmatyuk’s case. And this means only one thing. We have the Prosecutor General who is ready to execute any illegal decisions in order to hold the position.