Home Новини Martynenko’s case: the HACC failed its last attempt to return the prosecutor Perov. He was withdrawn because of slamming the door in the court 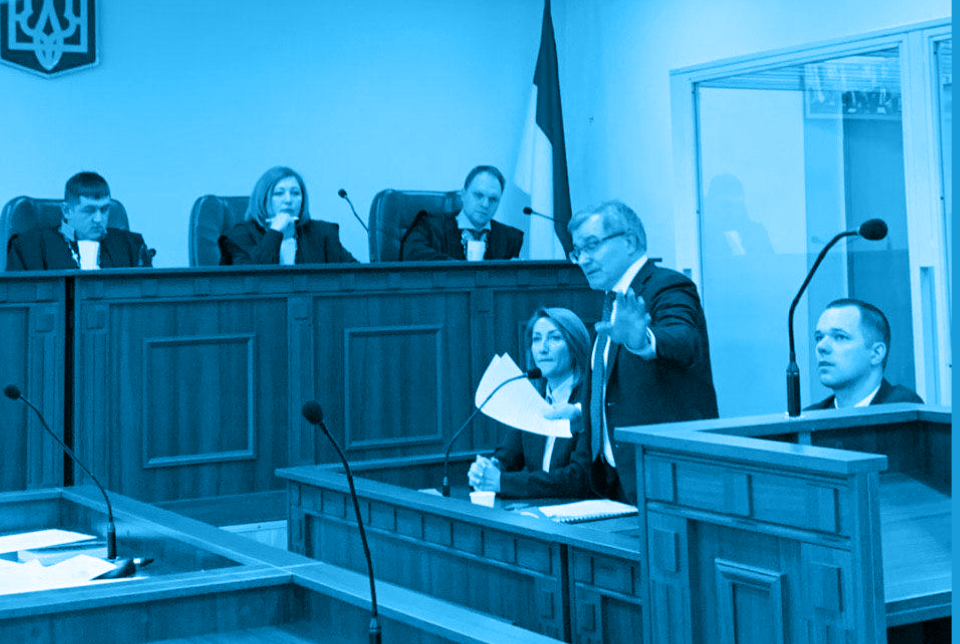 Today, on February 11, judges of the Chamber of Appeal of the Anti-Corruption Court under the chairmanship of Daniyila Chornenka denied the appeal of the Specialized Anti-Corruption Prosecutor’s Office (SAPO) regarding actual return of the prosecutor Andriy Perov to the case of former MP Mykola Martynenko. He was withdrawn in 2018 by Shevchenkivskyi District Court due to lawyers’ speculation.

Thus, judges Chornenka, Mykola Glotov, and Oleksandr Semennykov did not want to cancel the decision regarding Perov’s withdrawal.

“In fact, the HACC could take the responsibility for return of the prosecutor Perov to the case of Martynenko. After all, he was withdrawn without any legal reason. The illegality of Perov’s punishment was even testified by the Grand Chamber of the Supreme Court. However, the Chamber of Appeal of the Court of Appeal bought into hysterics of Martynenko’s lawyers, as well as Shevchenkivskyi Court”, comments Olena Shcherban, the board member of the Anti-Corruption Action Center.

The thing is that in September 2018, before consideration of Martynenko’s case Shevchenkivskyi Court withdrew Perov on the ground of reprimand of the Qualification and Disciplinary Commission of Prosecutors (QDCP).

The QDCP announced reprimand to Perov for slamming the door, but later this absurd punishment was cancelled by the Supreme Court.

Due to the fact that sole circumstance for Perov’s withdrawal was canceled by the court, the SAPO asked to review the withdrawal again. However, Shevchenkivskyi court took Martynenko’s side in result. Kyiv Court of Appeal also assisted these lawyers. It cancelled the decision of Shevchenkivskyi Court, but made up new reasons regarding alleged bias of the prosecutor Perov.

In October 2019, the Supreme Court took these circumstances into account and decided that Perov’s withdrawal from Martynenko’s case should be considered again in the Court of Appeal. This appeal took place in the HACC.