Home Новини Forecast for 2022: what to expect on the anti-corruption frontline

Forecast for 2022: what to expect on the anti-corruption frontline 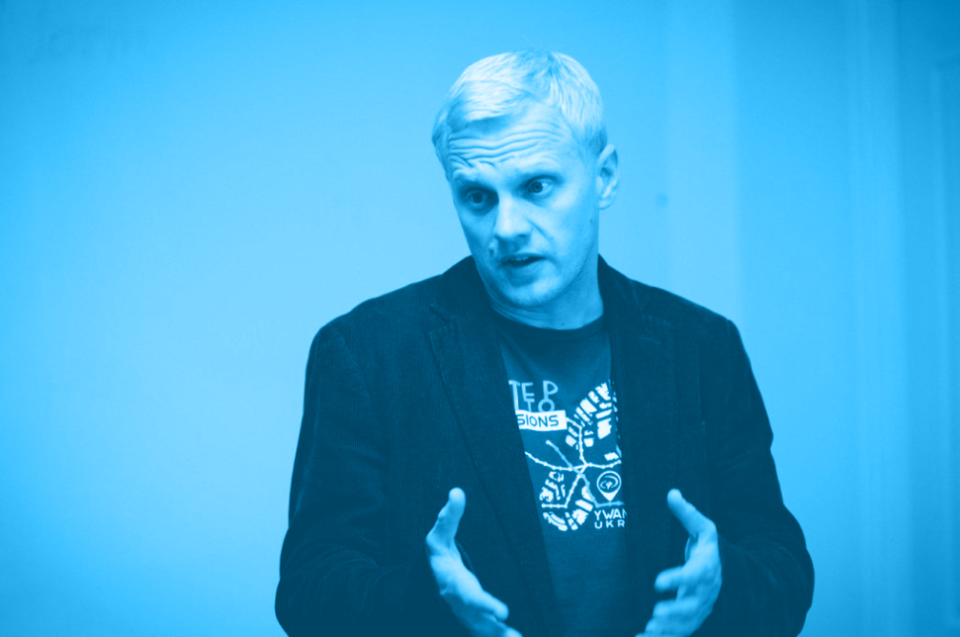 The forecast of anti-corruption policy for 2022 should have been much more optimistic. However, the positive expectations were overshadowed by the suicidal persistence with which the authorities thwarted the appointment of the already selected head of the Specialized Anti-corruption Prosecutor’s Office (SAPO).

In fact, the competition itself is not as significant as Zelenskyi’s modus operandi , which he demonstrated. The Office of President dared to face enormous foreign and domestic losses in order not to recognize the victory of an independent candidate.

Zelenskyi demonstratively violated his promise made to US President Joe Biden, which they both publicly signed. In Ukraine, the disgust of the actions of the Office finally buried the remnants of the president’s anti-corruption reputation.

I would like to quote Sevhil Musayeva, editor-in-chief of Ukrayinska Pravda: “The next time President Volodymyr Zelenskyi tells voters or international partners about his efforts to fight corruption, you know he is lying. Because the most significant story of his presidency in the sphere of fighting corruption is the competition for the head of the SAPO, which has been going on for 15 !!! months “.

This actions of the Office of President shaped very similar positions and emotions in the capitals of the G7 countries, whose government analysts closely monitored the process of selecting the head of the SAPO. More precisely, it was a national disgrace into which the Office has turned this process.

This story has become a game-changer, because (unlike in the case of previous missteps of the government) this time even Zelensky’s supporters cannot find a positive explanation for his actions. This time everything is obvious to the point of no return.

However, political impartiality still requires us to try to find a positive motivation in the president’s actions. Its presence would make this forecast much more optimistic.

But there is no such motivation. The most positive thing I managed to come up with: Zelenskyi was simply “hoaxed” in this story. He, the poor man, once again fell victim to the manipulations of either his own corrupt officials, or Kolomoisky, or Russians directly.

However, despite such a “positive” explanation, it is appalling to be able to “play” the president of a country at war during an elementary competition, which is covered in advance by all leading media, and are personally closely followed by the ambassadors of the G7.

But if Zelensky is “hoaxed” (which even his most devoted supporters do not believe), it will definitely happen again. At least because the president did not punish the person responsible for this process (Tatarov), moreover, he continues to actively defend the latter from the National Anti-corruption Bureau of Ukraine (NABU).

So it becomes obvious that nothing good should be expected from the competition for the new NABU director. The term of office of the current NABU Director Artem Sytnyk expires in April, so the selection process should begin in February.

Unlike the competition for the head of the SAPO, this time the law gives a decisive vote to the experts delegated by our international partners. However, Zelenskyi’s team seems to have a blind fear of independent law enforcement agencies.

Their fear, even multiplied by greed, leaves no room for common sense. So we are already waiting for Office’s attacks on this competition. The vectors of such attacks will vary from the helpful Kyiv District Administrative Court to the efforts of the parliamentary majority.

If the personnel independence of the SAPO and NABU can be preserved, Zelenskyi’s team will try to neutralize the threat from them in another way. For example, they will try to legally give the Prosecutor General the right to transfer NABU / SAPO cases to other agencies at PG’s own discretion.

Summing up this block. One of the baseline scenarios in 2022 is increasing efforts of the Bankova to neutralize the NABU and the SAPO. Regardless of the effectiveness of these attempts, their very presence should become Zelenskyi’s personal reputation damage in the eyes of the Western partners.

As for other law enforcement agencies, positive changes in that swamp in are not expected in 2022. The State Bureau of Investigation (SBI), which was stillborn under Poroshenko’s presidency, is unable to properly investigate even politically motivated cases. Moreover, the PGO, finally sсrewed up by Venediktova, is not only unable to properly oversee these cases, but later represent them in courts.

The newly established Bureau of Economic Security (BES) has not even been able to start work. By the way, 15 months have passed since the beginning of the competition for the head of SAPO, and the director of the BES was selected in three weeks (and the name of the winner was known even before the competition).

Therefore, the BES will be as “independent and effective” as the SBI and the PGO. It goes without saying thatl all three institutions will have to be built from scratch at the earliest opportunity. However, this will not happen in 2022 – both Tatarov and Yermak are totally satisfied with their work now.

Also, there will be no cleaning of “Avakov’s stables” in the National Police. At least because the current Minister of the Interior will not bite the hand that has fed him politically (and not only) for so long.

The news about the SBU are moderately positive. It’s highly likely that the reform will be voted in 2022. Unfortunately, for now nothing will change in the work of the Service, as its investigative powers will be maintained at least until 2024.

That’s all with the law enforcement bloc. Let’s go to the judiciary, where potential reform could be the biggest victory for the incumbent president.

2022 will be the year of implementation of the judicial reform adopted in the summer of 2021. In six months we will see its first results. At that time, the Ethics Council should clean up the current High Council of Justice (HCJ), and the Selection Commission should select a new High Qualifications Commission of Judges (HQCJ).

Thus, by the end of 2022, it will be possible to say with confidence whether we have succeeded in this (without exaggeration) the most important reform. The cleared HCJ should start dismiss judges previously covered by the system. The newly appointed HQCJ should start select honest professionals as judges, not children / mistresses / vassals of judicial bosses (as it always has been).

As this reform does not pose an immediate existential threat to Zelenskyi’s top corrupt officials, I am calmer about it than at the future of anti-corruption infrastructure.

The main threat to judicial reform, at least for now, comes not so much from the Office of President as from the old judicial “elites.” The latter retained partial control over their main weapon, the Constitutional Court.

Today, the judicial mafia has no total control over the CCU. However, in the case of a situational alliance with the Office of President they will have enough votes to destroy judicial reform. As well as, for example, to eliminate the anti-corruption court. The relevant appeal, by the way, is being considered by the CCU.

There is one area of ​​anti-corruption in which Zelensky’s government has achieved impressive results. We are talking about the digitalization of public services. Moreover, Deputy Prime Minister Fedorov’s team is changing not only the frontend, but also, more importantly, the infrastructure and procedures of the backend of the governmental system.

The speed with which government is moving in this sector cannot but lead to lags in the system. However, they solve problems quickly, and the overall result is difficult to deny even for sceptics.

However, opponents of Fedorov’s team complain about the artificial monopolization of the application “Diia” and problems with protection of users’ data. All these are minor detaisl compared to the risks of introducing electronic voting, which Zelenskyi’s team is talking about more and more seriously.

In addition to the above, in 2022, attempts to undermine Prozorro in one way or another will continue. The current corrupt officials do not differ much in their competencies, so they steal in the most primitive way – in public procurement. “Great construction” is the best illustration of that.

In fact, for the same reason (incompetence plus greed multiplied by feelings of impunity), there will be more corruption scandals around Zelenskyi. Much more.

It will not be possible to pretend that they do not exist (as was the case with Tatarov) in 2022 – Akhmetov’s TV channels will show them to the country in all their “glory”. Although the independent media will deal with this without the oligarch’s TV channels.

It is possible (though unlikely) that Zelenskyi will come to his senses before the threat of electoral failure and begin to solve the problems described above. If this suddenly happens , our closest allies will be not only Ukrainian society, but also our international partners, especially the US.

Let me remind you that at the end of last year the White House published the first global anti-corruption strategy. The most interesting part of it is the US leadership in the global synchronization of sanctions (primarily with the EU).

These sanctions could help Zelenskyi fight corruption if he suddenly decides to start it in 2022. Otherwise, the same sanctions will be a deterrent to the president’s desire to attack anti-corruption infrastructure.

For its part, the Anti-Corruption Action Center will do everything possible to help to introduce sanctions against Bankova’s corrupt officials. Starting from the end of 2021, we are working on sanctions against the Deputy Head of the Offfice of President Oleg Tatarov and the favourite judge of Bankova Pavlo Vovk.

Although, in my opinion, Zelensky’s team is not as afraid of US sanctions as much as they are afraid of Ukrainian society. Ukrainians have repeatedly proved that they can show the government its place much more effectively than any international partner.

“Putin’s ultimatum changes everything”: a letter from Ukrainian experts to the head of the Ministry of Foreign Affairs of Germany