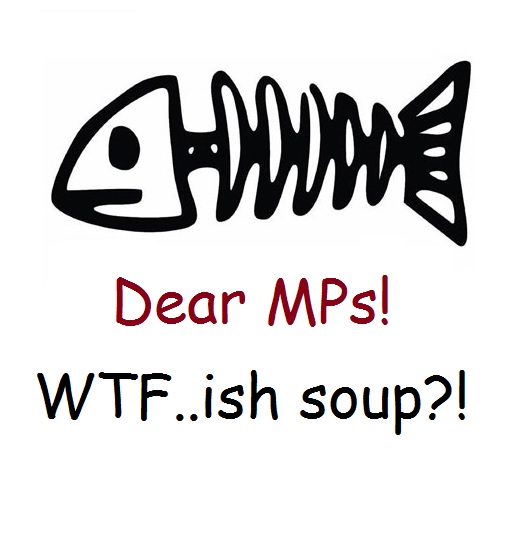 On Monday, October 3, during the Parliament’s Conciliation Council meeting, the activists will hold street action “WHAT THE F…ish soup?” (“Vy Uhu jily?”). They will cook fish soup and demand from MPs not to include the draft laws that actually neglect much of the anti-corruption reforms in Ukraine into the agenda of the Parliament’s session.

The inclusion of those draft laws into the agenda of the Parliament immediately after receiving money from the IMF is a breach of boundaries of good conduct. By doing this, MPs are going to intentionally deceive not only their voters but also the international partners of Ukraine.

Street action will start at 10.30 am in front of the Parliament Committees Building (18/2 M.Grushevskogo).

We would like to draw attention to the fact that immediately after receiving the IMF tranche, which has been given to Ukraine after the fulfilment of obligations to adopt a package of anti-corruption laws, MPs have registered a number of draft laws that undermine all the advances of the ongoing anti-corruption reform.

Among others, there is Draft law No. 5192 submitted by the head of the BPP fraction, MP Hryniv. The Draft law eliminates the system of electronic declarations by closing all the information on all cash, jewellery and valuable gifts owned by civil servants.

The other draft law submitted by the MPs from BPP proposes to limit the authority of the National Anti-Corruption Bureau of Ukraine (NABU). If adopted, the draft law will enable the General Prosecutor alone to determine which cases NABU should investigate and which not. This draft law will transform the fight against top-corruption in Ukraine into the tool of political pressure concentrated in the hands of one person.

The action will be supported by the representatives of Anti-corruption Action Centre, Reanimation Package of Reforms, Civil Lustration Committee, AutoMaidan, Transparency International Ukraine, and Centre UA.

In the case of the inclusion of the draft laws into the agenda of the Parliament’s session, activists will start the long-term protest on the first day of the session.