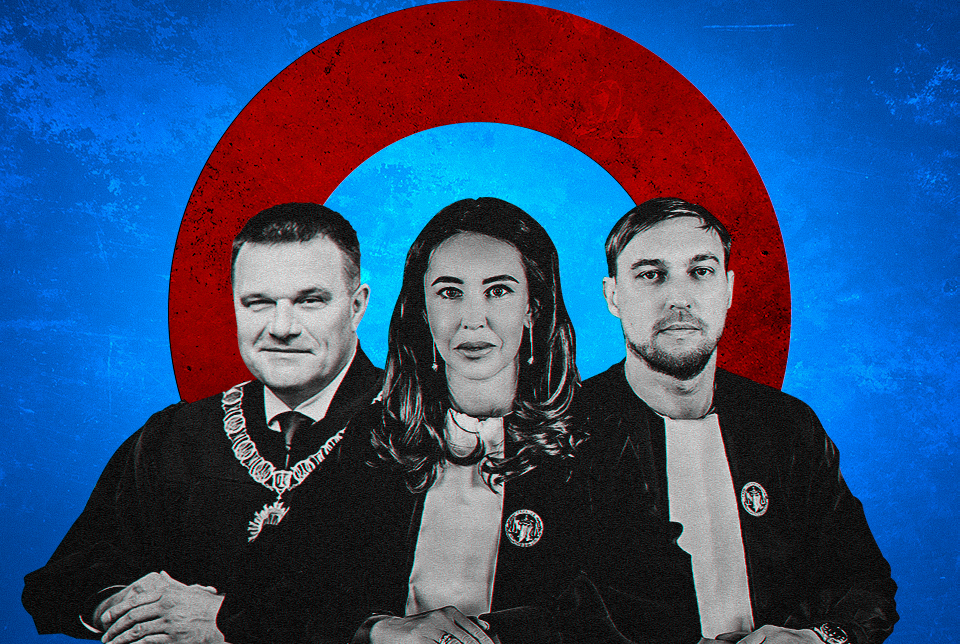 Composition of the court board include judges Fedotov, Sorochko, and Yegorova. This was reported to the Sixth Administrative Court of Appeal of Kyiv at the request of the Anti-Corruption Action Center. They also pointed out that decision of Kyiv District Administrative Court (hereinafter – KDAC) was appealed by the Selection Commission itself, candidates Klymenko (actual winner of the competition) and Synyuk (candidate for the position of the deputy head of the SAPO, who took second place in the ranking). The court has not opened proceedings yet. It is awaiting materials from the KDAC.

We should recall that in December 2021 on the eve of final of the competition for position of the head of the SAPO scandalous KDAC made doubtful decision, which canceled the Rules of Procedure of the Selection Commission. They based its decision on non-existent provision of law, and the judge who had made it has the status of a suspect in the case of the NABU regarding KDAC.

The decision of the appellate instance in this case will not be final (because there is still the Supreme Court), but according to the law, it comes into force immediately after making.

“All three judges have numerous problems with the origin of assets and doubtful decisions in the past. All this throws shadow over objectivity of the process in the appellate instance. After all, everyone understands that judges with such reputation have nothing to lose. They are easy prey for both Bankova and oligarchs who want to block the process of appointment of independent head of the SAPO”, Olena Shcherban member of the board at the AntAC stated .

Presiding judge Igor Fedotov had previously received negative opinion from the Public Integrity Council due to numerous violations and problems in the declaration. In particular, in declarations in 2014 and in 2015 Fedotov did not specify the right to use the house with the total area of ​​287.8 square meters in the village Gora, Boryspil district, Kyiv region. According to opinions of the PIC, Fedotov actually tried to hide his assets in paper declarations in 2012-2015. Also, the PIC noted that family of the judge Fedotov “bought property worth more than 12 million UAH during 4 years, while the declared income of all family members was about 2.9 million UAH”.

Fedotov has been working as the judge in Ukraine since 2003. And before that, as the PIC and Prosud pointed out, he was “citizen, serviceman and judge of the military court of the Russian Federation”. Fedotov acquired Ukrainian citizenship in October 2001. He retired early from military service in Russia in July 2002. At the same time, Fedotov himself states that he had never had Russian passport. It is very unlikely, since he worked as the judge who made decisions on behalf of the Russian Federation.

Judge Yevgen Sorochko is known for the fact that in 2016 he was officially mentioned by then Minister of Justice in the company of judges who had blocked competitions at strategic state enterprises. In particular, Ukrspyrt, Centerenergo PJSC, Ukrposhta and others.

The judge’s family owns property of unknown origin. During 2017 and 2018, the judge’s wife bought the number of real estate properties in Kyiv and beyond, the real value of which clearly does not correspond to official income of the family. Thus, on February 20, 2017, the judge’s wife bought office with the total area of 134 square meters for allegedly 350,000 UAH in the new building next to the metro station Chernigivska. The declared value of acquired property is probably underestimated, as today the cost per square meter in this building on specialized sites is more than 1.500 USD.

In 2018, the judge himself declared receiving the gift from retired father in the amount of 800,000 UAH. This gift preceded the purchase of expensive TOYOTA LAND CRUISER 200 worth more than 2.5 million UAH.

Judge Nataliya Yegorova was the member of the panel who, following KDAC, legalized transformation of Gostynnyi Dvir in Kyiv from architectural monument into the shopping mall. She is also among those judges who have joined the failure of police re-certification. She supported KDAC by her decision, which found illegal the conclusion of the commission regarding Grygoriy Mamka, then deputy head of the Main Investigation Department of the Ministry of Internal Affairs of Ukraine and current Member of Parliament from the Opposition Platform For Life Viktor Medvedchuk. This judge was also the member of the panel, which upheld the decision of KDAC, which wanted to remove responsibility from then head of the SFS Roman Nasirov in Onyshchenko’s scheme.