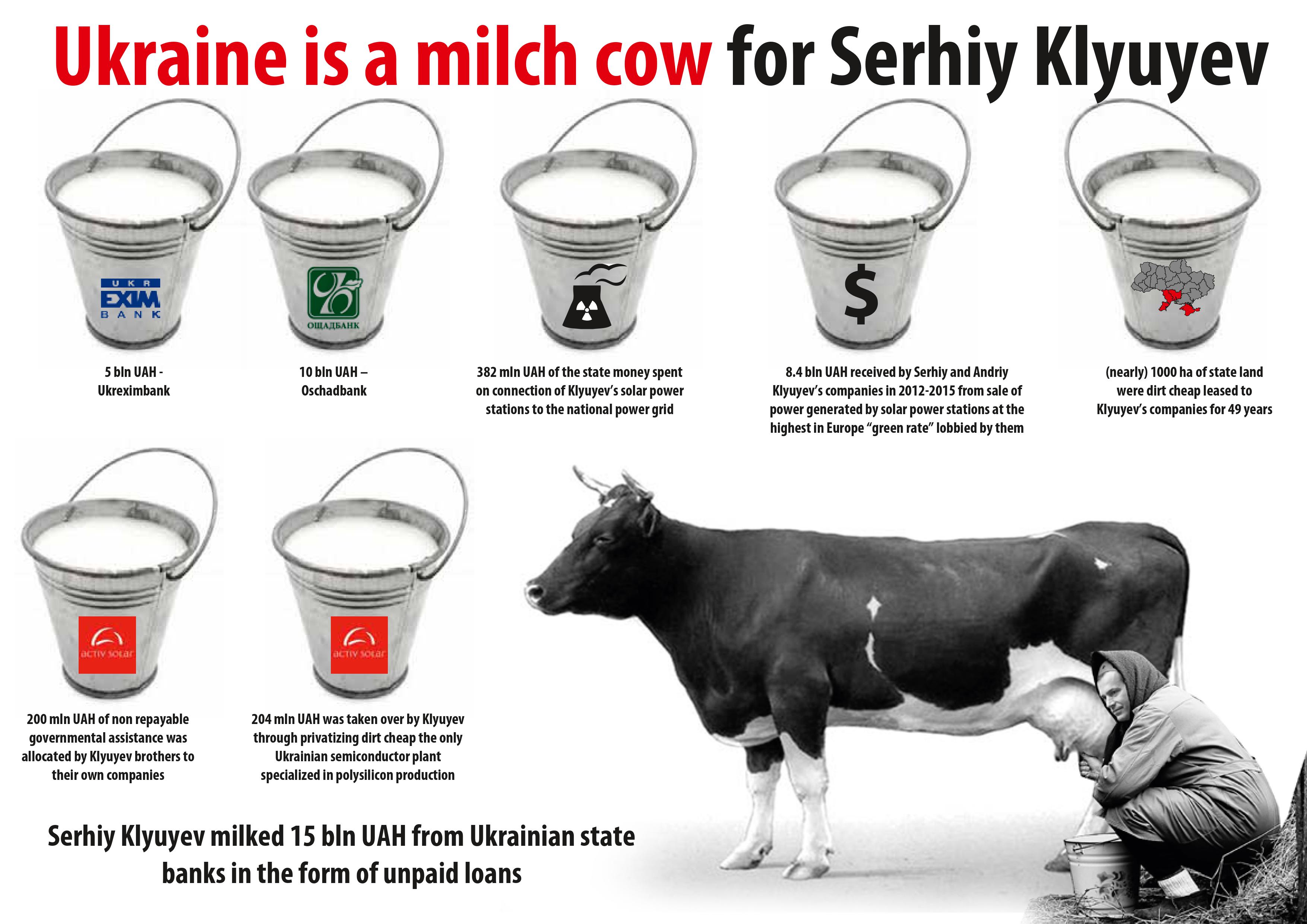 On February 21, the European Court of Justice lifted sanctions from MP Serhiy Klyuyev It means the EU will not prolong sanctions against former Yanukovych’s associate. Sanctions were imposed against him in 2014 and specified through amendment in 2015.

Reasonably grounded doubts of “the authenticity of evidence” which Ukraine provided the EU became a major motive of the court’s decision.

“The Prosecutor General’s Office was obliged to show the European Union some progress in the investigation of Serhiy Klyuyev’s embezzlement of state funds or property, but as the Court’s decision reveals, it was not done”, — Tetiana Shevchuk, legal expert of the Anti-corruption Action Centre says.

It is worth recalling that the Verkhovna Rada stripped MP Serhiy Klyuyev (brother of Andriy Klyuyev, Secretary of the National Security and Defense Council of Ukraine in Yanukovych’s time) of his immunity in June 2015, following which he fled from the country and is being wanted so far.

Brothers Serhiy and Andriy Klyuyev are suspected of taking over Semiconductor Plant PJSC and appropriating 170 mln UAH of public funds.

Besides, in January 2016, the Verkhovna Rada gave consent to Serhiy Klyuyev’s arrest and custody under another criminal proceeding in which he was notified of suspicion on March 14, 2016 for legalization of proceeds and providing illegal benefit in the form of paying for purchase of Tantalit LLC company that formally owned Yanukovych’s Mezhyhiria estate.

The Prosecutor General’s Office did not manage to start special court investigation (in absentia) of any of the said cases though.

“To start court hearing in absentia against Yanukovych’s associates that are currently absconding was one of major mottos of Yuriy Lutsenko before his appointment to the post of Prosecutor General. In May 2016 the Parliament even adopted a special “Lutsenko’s Law” that simplified the procedure of the court trial in absentia. It is a mystery to me why special investigation against Serhiy Klyuyev was not even initiated by the Prosecutor General’s Office during 1 year and 9 months”, — Darya Kalenyuk, CEO of AntAC says.

It should be noted that the Prosecutor General’s Office was investigating only a portion of the money withdrawn from Ukraine. For some unknown reasons, the Prosecutor General’s Office does no investigate Serhiy Klyuyev’s role in withdrawing about 15 billion UAH from the state banks. This is the sum that was not returned by Andriy and Serhiy Klyuyev’s companies to Oscahdbank and Ukreximbank that provided loans for Klyuyev’s business of solar power stations in 2011-2012.