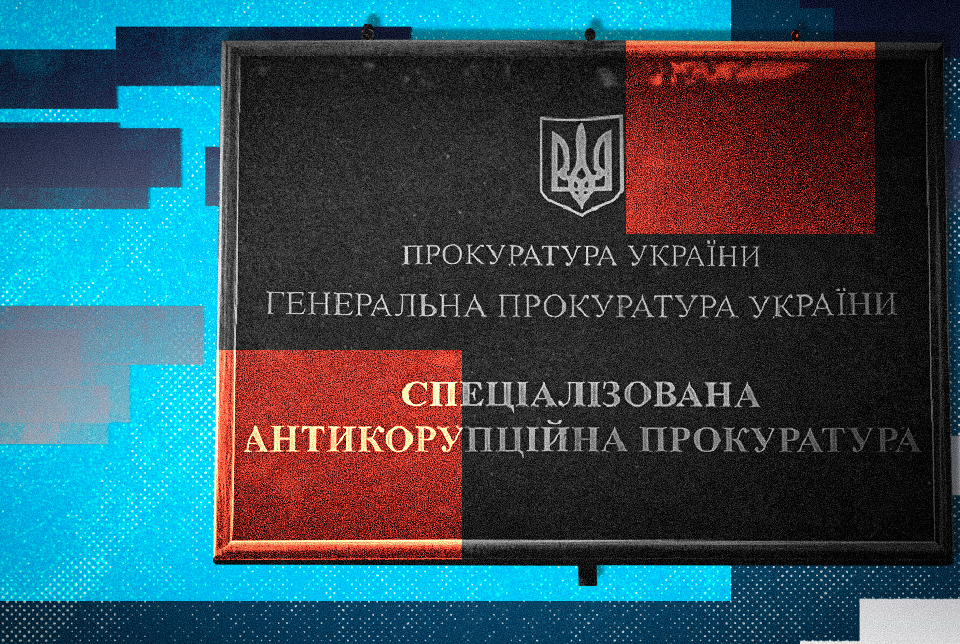 by Vitaliy Shabunin, originally published by UP

Last week, Ukraine received the long-awaited EU candidate status. But at the same time with approval of the candidate status, Brussels made a number of demands regarding reforms to Ukrainian authorities. It provided a list of seven items. Among them is the appointment of the head of the Specialized Anti-Corruption Prosecutor’s Office.

Failure to meet these requirements threatens the loss of status, namely this historic victory of Ukrainian people.

The competition for the position ended six months ago and only five-minutes meeting of the Competition Commission is required for the appointment. But the meeting does not take place despite numerous attempts of part of the Commission to assemble it.

It is no secret that non-appointment of the head of the SAPO was one of key criticisms of Ukraine before granting the candidate status. But even this did not become the argument for authorities.

This means that scenario of failure of the already completed competition remains the key plan, despite the extremely high bids. We show possible scenarios.

It is obvious that such failure scenarios will be based on the decision of the Court of Appeal in the case regarding competition.

Immediately after the European Commission approved the conclusion on granting Ukraine the candidate status, it became known that the date for consideration of appeals against scandalous and illegal decision of Kyiv District Administrative Court (KDAC) had been set for July 12 this year.

The composition of the court and current deliberate delay of the appointment indicate that the competition will be disrupted by hands of still unreformed courts. The latter is particularly cynical against the background of the fact that among conditions of the candidacy is the completion of the judicial reform.

I should remind that in December 2021, KDAC judge Ogurtsov, who is also the suspect in the NABU and the SAPO case, made illegal decision to cancel the procedure under which the competition had taken place. The judge clearly could not be objective, as the head of the SAPO can directly influence the course of case against himself, and the winner of competition Oleksandr Klymenko was also one of investigators in the case against this judge.

The suspects in the NABU and the SAPO case are both KDAC’s head and his deputies. This case has been recently transferred to the High Anti-Corruption Court for consideration.

However, the composition of the court, which will consider the appeal on July 12, also raises warnings.

The presiding judge in the case previously had Russian citizenship and received negative opinion from the Public Integrity Council (civil society body authorized to prepare opinions regarding integrity of judges). This negative opinion about the judge was approved by Roman Kuybida, independent member of the Commission for the selection of the head of the SAPO from the Council of Prosecutors. However, the court refused to withdraw the presiding judge. Two other judges in the panel are also biased and had been noticed in numerous scandals. That is obvious that the Office of the President has levers of influence on decisions of these judges regarding the competition.

The appointment of consideration of the case in July and “manual” composition of the court may indicate that illegal decision of the court of the first instance, instead of cancellation, will be intensified. And so the competition will be disrupted.

The fact that the competition had not been completed before Ukraine was granted the EU candidate status also indicates the sabotage. After all, the need to complete the competition was repeatedly voiced by EU representatives the day before.

In future the authorities will try to level the competition before it is formally required among requirement to provide financial support to Ukraine from the EU and the International Monetary Fund, in order to prevent the completion of competition as condition for providing financial assistance to Ukraine.

Scenario 1. The authorities can eliminate all completed competition procedures and talk about the need for a new one. This is convenient, because before the appointment of the head of the SAPO, the institution is actually headed by politically appointed Prosecutor General Iryna Venediktova.

In turn, the Ukrainian Parliament has been fighting for several months over the fact whom to appoint to the Commission. The Parliament was able to determine its quota only on the third attempt: most of members of the Commission appointed by the Verkhovna Rada did not meet requirements of the law and were completely politically dependent in the selection process.

Later, only in October 2020, the Commission began its work, and in the end of January 2021 announced the competition itself.

Despite attempts of the controlled part of the Commission to sabotage independent competition, the single element of procedure saved the whole process. This is about approved voting procedure, according to which the decision is considered adopted if it is supported by 2 members of the Commission from the quota of the Council of Prosecutors (namely, recognized international and Ukrainian experts) and 5 from the quota of the Parliament.

The competition itself came down to the fact that independent members of the Commission supported worthy candidates, and most part of the parliamentary quota tried to push the pro-government candidates.

The actual winner of the competition was detective of the National Anti-Corruption Bureau (NABU) Oleksandr Klymenko, who scored the highest number of points at all stages of the competition. Instead, most of the parliamentary quota refused to approve such results and appoint Klymenko as head of the SAPO. In fact, the process stopped at this stage in December 2021.

The political reason for unwillingness to approve results of the competition is the fact that Oleksandr Klymenko headed the investigative team in the NABU in case against deputy head of the Office of the President Oleg Tatarov regarding corruption. The NABU failed to bring this case to logical conclusion and transferred to the court due to political interference.

Today, the authorities have simple choice. To appoint Oleksandr Klymenko, who won the competition, as the head of the SAPO, or to put the candidacy at risk.

It is not too late to make the right choice in favor of the country’s development, rather than satisfying one’s interests and saving another Tatarov.