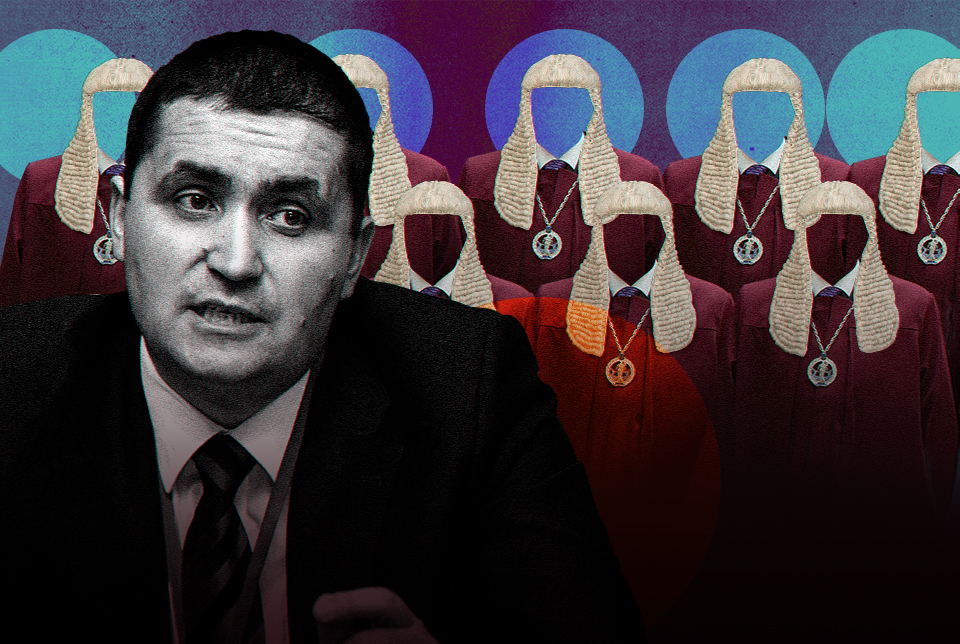 On September 7, 2021, the European Court of Human Rights announced consideration of the case which concerns the appeal of the judge Roman Bregey on violations during the formation of the Supreme Court of Ukraine in 2017.

The respective decision was published on the court’s website on September 27. The judge of Kirovograd District Administrative Court Roman Bregey sent the appeal to the European Court of Human Rights regarding the decision of the High Qualification Commission of Judges (HQCJ), which had been adopted within the competition to the Supreme Court in March 2017.

The HQCJ “reanimated” 43 candidates to the Supreme Court by this decision. They had not scored the minimum allowable score for the practical task, and therefore, according to rules of the HQCJ, should not pass to the next stage of the competition. However, the HQCJ suddenly stated that everyone misinterpreted rules of the competition, and those 43 candidates who had not scored the minimum score for the practical task, but received high scores during testing, will still pass to the next stage.

Roman Bregey also applied for the position of the judge of the Supreme Court, but he stopped participating in the competition just after completing the practical task. The task was to write text of the court decision. Members of the HQCJ evaluated Bregey’s work with low scores.

“From the very beginning of the competition, it became clear that the HQCJ will try to manipulate results and support the “right” candidates. However, we did not expect that worthy candidates would be got rid of so boldly. The decisions of Roman Bregey are used in the School of Judges to train future judges. That is why the fact that Bregey allegedly could not cope with writing the court decision threw big shadow on legality and honesty of decisions of the HQCJ”, expert of the Anti-Corruption Action Center Halyna Chyzhyk commented.

Roman Bregey emphasizes in his appeal to the ECHR that rules of the competition were opaque due to illegal and contradictory decisions of the HQCJ, which had failed to ensure impartiality and equal treatment of candidates.The ECHR must evaluate these arguments. One of the key questions facing the court is whether the HQCJ legally admitted to the next stage of the competition 43 candidates who had not received the minimum score.

“The decision of the European Court of Human Rights may become the first document that will record violations at such high level committed by the HQCJ during the selection of judges to the Supreme Court. Until now, only experts and participants themselves spoke about these violations, while authorities tried to create the picture of the most transparent and honest selection. The most important thing is that this decision may shake positions of the Supreme Court itself and especially those 43 judges, including Mykhaylo Smokovych, who had received their positions precisely due to manipulations of the HQCJ”, Halyna Chyzhyk adds.

What is the judicial mafia afraid of in the State Anti-Corruption Program?