Home Новини Dossier of SAPO head's selection commission: 6 out of 7 nominees do not comply with the law

Dossier of SAPO head’s selection commission: 6 out of 7 nominees do not comply with the law 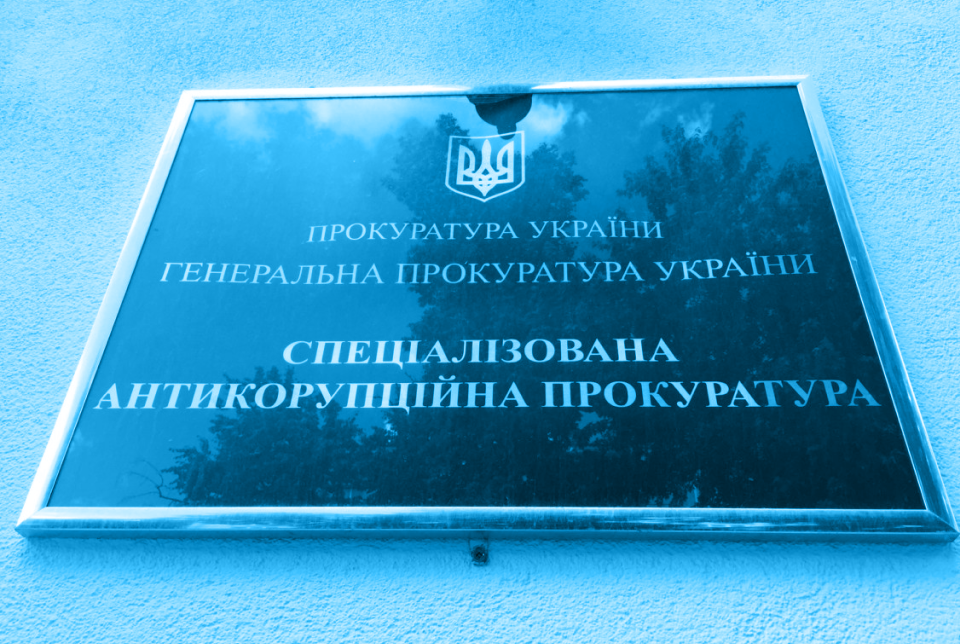 The Anti Corruption Action Centre analyzed the composition of the Selection Commission for the new SAPO head and we believe that at least 6 out of 7 nominees do not comply with the requirements of the law. They do not have an impeccable business reputation, high professional and moral qualities, and authority in society. Importantly, they do not have a significant practical experience in anti-corruption that is required by law. Moreover, we revealed information that raises serious doubts about their integrity.

The information on the members of the Commission is provided below.

Servant of the People

We believe that Vyacheslav Navrotskyi is the only nominee that complies with requirements of the law. He has experience in the sphere of anti-corruption through his scientific work and has good professional reputation.

Yevhen Sobol is the head of the Department of State Legal Disciplines and Administrative Law of Volodymyr Vynnychenko Central Ukrainian State Pedagogical University.  Sobol does not have a proven experience in anti-corruption, he is specialized in social protection law and administrative procedure.

In regard to integrity criteria, in April 2019 he and his wife bought an  apartment for UAH 1,103,116 in Kyiv. At the same time, the family income in 2019 was nearly UAH 414,000 including a wife’s scholarship of  UAH 27,000. In addition, Sobol declared nearly UAH 900,000 as a gift from his father and a third person. This raises a reasonable doubt whether Sobol could afford the purchase and whether his father earns enough money to sponsor it. Moreover, in 2017 Sobol bought a car of UAH 479 433, the price exceeds his annual income as well.

Oleksiy Drozd works as the head of the Doctoral and Adjunct Department of the National Academy of Internal Affairs of Ukraine. Importantly, during the Committee hearing the nominee agreed that he does not have an experience in anti-corruption at all. Moreover, in his asset declaration of 2019, Drozd declared an income received by him as an army serviceman. At the same time the law prohibits the appointment of army servicemen to the SAPO selection panel.

These facts raise a reasonable doubt about nominee`s integrity.

Andriy Gudzhal has worked in the prosecutor’s office until 2019, and later he became the attorney. In 2019, he refused to pass the professional competence and integrity  assessment which was a part of prosecutorial reform and, therefore, was dismissed.

In the declaration of 2016, he did not indicate any housing in Kyiv or suburbs. Although, he started to work in the PGO in March 2016.

Since 2017 he has been declaring the use of an apartment in Kyiv with the total area of 86 sq. m., owned by Gudzhal Nina Petrivna (probably his mother). At the same time, the ex-prosecutor did not specify the value as of the date of acquisition (as well as the date itself), and the value, according to the latest estimate, is 305,000 UAH, which is much lower than the market price of apartments in this residential complex. Furthermore, there is a doubt whether Gudzhal Nina Petrivna could afford the purchase of the apartment. According to her asset declaration of  2016 and in 2017, she did not have enough legal income and at that time was already retired. In 2016, her income was only  UAH 24,000, and her monetary assets amounted to 20,000 USD.

The nominee could also underestimate the value  of his car. HE declared the purchase of  Mazda for USD 8 000. Although, the price for the cheapest and smallest models is higher.

This information raises serious doubts on the nominee’s integrity.

Bogdan Romanyuk is the Associate Professor of Transport Law and Logistics of the National Transport University, Candidate of Law, Lieutenant General. During 1977–1997 Romanyuk held senior positions in the central apparatus of the Ministry of Internal Affairs of Ukraine. During the Committee hearing it was agreed that the nominee does not have an anti-corruption experience, However, MPs decided that nominee`s scientific activity should be sufficient enough.

Also, according to media reports, at one time Romanyuk was “asked” to resign the position of the head of Lviv police for alleged involvement in the beating of participants in mass actions of nationalist movements.

Thus, the nominee does not meet the criteria set up by law.

The nominee has no experience in anti-corruption. However, the Committee did not  even raise the issue during the consideration of her candidacy.

In regard to the integrity criteria, the nominee owns assets that don’t correspond her official income. In particular, in 2011, she indicated an income of UAH  23,000. At the same time, in 2011  she bought a new Hyundai Santa FE SUV for UAH 326,000 (≉14 annual incomes). In addition, at that time Koval owned two other cars: KIA Seed and  Scoda Octavia (both of 2007). Furthermore, in her asset declaration of 2019 Kateryna Koval declared numerous valuable assets such as: few sets of jewelry with precious stones, collection of paintings (15 items), Boucheron watch and an icon. In addition, Koval declared savings in the amount of EUR 85 000, USD 162 000, UAH 1 800 500. At the same time, her income in 2019 was only UAH 650 000. This raises reasonable doubt whether the nominee could afford the purchase of above mentioned property using her legal income and, thus, complies with integrity criteria.

In addition,  Ms. Koval mentioned the commemorative medal “For Merits in Protecting the Rights and Freedoms of Citizens” of the Federal Bar Association of the Russian Federation for promoting international advocacy cooperation, and active participation in human rights activities (2012).Olena Busol works as the head of the department at the Tavriya National University named after Vernadsky. In 2016, Olena Busol applied for the position of ARMA head, then for the deputy head of the SBI, but she failed the tests. Importantly, Busol has no  practical experience in anti-corruption. She only conducted scientific research in the field. Furthermore, for more than 20 years the nominee worked in law enforcement. The law prohibits the appointment of the law enforcement workers to the selection panel. Although the nominee does not work in law enforcement bodies at this time, she has a long history of cooperation and ties in the law enforcement bodies