Home Новини Why dismissal of NABU director by the Parliament is a self-inflicted mistake. Legal explanation

Why dismissal of NABU director by the Parliament is a self-inflicted mistake. Legal explanation 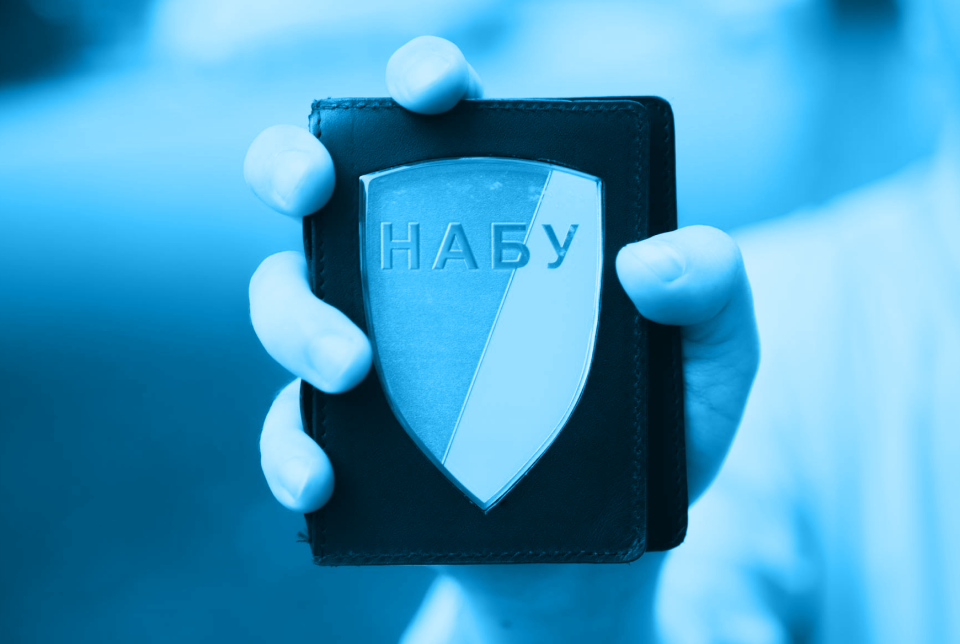 On February 7, the draft resolution on dismissal of Artem Sytnyk, the director of the National Anti-Corruption Bureau, was registered in the Verkhovna Rada.

Initiators of the resolution justify the need for such decision by the fact that the NABU head has been brought to administrative responsibility for corruption offences. Sarny District Court of Rivne region, which approved this resolution, charged the NABU director with the fine.

The consideration of the draft resolution was entrusted to the Procedural Committee of the Parliament, although activities of the NABU are the responsibility of the Committee on Anti-Corruption Policy.

Instead as early as February 19, the Law Enforcement Committee, in fact, recommended to submit the draft resolution for consideration by the Parliament.

As the Committee on Anti-Corruption Policy also has to consider the draft resolution on dismissal of the NABU director, I asked the Ministry of Justice, the National Agency on Prevention of Corruption and independent expert Mykola Khavroniuk to explain legal grounds for such dismissal.

In short, everyone has the same answer.

In order to dismiss the NABU director by the decision of the Parliament, it is not enough to initiate the resolution signed by 150 Members of Parliament.

Members of Parliament don’t have the right for such initiative automatically, but only if there are clear grounds foreseen by the law.

Bringing the NABU director to administrative responsibility is not the ground for his dismissal.

The law foresees the dismissal of the NABU head in case the conviction against him comes into force, that means, in case of bringing him to criminal but not the administrative responsibility.

Thus, the presence of the name of the NABU director in the Unified State Register of persons who have committed corruption offenses or related to corruption could cause fair indignation. However, the law does not provide possibility of dismissal according to this ground.

As clearly stated in the letter from the Ministry of Justice, presence of court decision on bringing to administrative responsibility of persons who have been charged with administrative fines is not the ground for dismissal of the director of the National Bureau, since such circumstance is not foreseen by part 4 of article 6 of the the Law On the NABU law as the ground for dismissal.

Moreover, today the Law on Corruption Prevention does not foresee the dismissal of state servants as result of being brought to administrative responsibility for corruption-related offences unless the court has imposed a ban on holding certain positions.

Initiators of the resolution also assure that Sytnyk’s dismissal is allegedly foreseen by the Law on the Civil Service and the Labor Code. However, this is not true.

Firstly, the Law On the NABU is specialized law, and it solely regulates the appointment and dismissal of the director. This is also stated by experts in their conclusions.

Secondly, the draft resolution regards dismissal of the NABU director by the Verkhovna Rada, and not by the President who has appointed him.

Thirdly, by spreading such rumors authors of this resolution refer only to the Law on the NABU, not to Law on Civil Service or the Labor Code.

In the case of the NABU director, the court directly pointed out the impossibility of applying sanction in the form of deprivation of the right to occupy certain positions. After all, such sanction is not foreseen by the article of the Code of Administrative Offenses, according to which Sytnyk’s actions are qualified.

Amendments to the Law On the NABU regarding dismissal of the director of the body after being brought to administrative responsibility will not allow to dismiss Sytnyk on the ground of already existing court decision.

This would directly contradict the article 58 of the Constitution of Ukraine, according to which the law has no retroactive effect. The Constitutional Court of Ukraine has repeatedly stated in its decisions that the effect of laws and other normative legal acts extends to those relations that have arisen after their entry into force and does not extend to legal relationships that have arisen and ended before such entry into force (decision of the Constitutional Court of Ukraine as of March 13, 2012 No. 6-рн/2012 and 13-рп/2002 as of July 2, 2002).

The NAPC, as well as the Ministry of Justice, refers to article 6 of the Law on the NABU, listing the exceptional grounds for dismissal of the NABU director.

Today, there are no legal facts or circumstances that would allow to apply any of the following grounds in order to dismiss the NABU director.

In other words, there is no legal right to dismiss Sytnyk now.

The scientist Mykola Khavroniuk also analyzed every possible ground in the respect of dismissal of the NABU director.

He points out that: the Verkhovna Rada can make the decision on such dismissal only if there are above-mentioned grounds and according to the suggestion of at least one-third of Members of Parliament of the constitutional composition of the Parliament. These two conditions must exist simultaneously.

Mr. Khavroniuk, as well as the NAPC and the Ministry of Justice, makes the conclusion that there are no grounds for dismissal of the NABU director at this time.

It seems that initiators of the resolution understood absence of grounds for dismissal of the NABU director directly foreseen by the law.

They suggest dismissing Sytnyk on the ground of the norm that forbids appointment to the position of the NABU director the person has been brought to administrative responsibility for corruption-related offences. However, this approach also doesn’t comply with the law.

Restrictions on appointment of the NABU director apply exclusively at the stage of appointment.

The law does not foresee dismissal in case of circumstances that prevent the appointment.

Moreover, the Law On the NABU not only establishes clear and closed list of grounds for dismissal; the Law separately foresees that dismissal for other grounds than are specified is not allowed.

Of course, Members of Parliament have the right for political position on the need to dismiss the NABU director. However, this position may be in the form of statements, media activities, initiation of draft laws, etc.

No matter how grounded the political position is, it cannot be implemented in the form of illegal decision. Otherwise, instead of building the rule of law, we will return to the Lynch’s Courts or NKVD’s troikas, where no rights are protected.

What can be the decision of the Procedural Committee of the Parliament on illegal draft resolution?

According to conclusions of the competent authorities, there are currently no legal grounds for initiating the resolution on dismissal of the NABU director. Therefore, the Procedural Committee can (and, in my opinion, should) state in its decision that the draft resolution has been registered without complying with the law.

On the ground of such decision of the Committee, according to the Rules of Procedure, the Speaker returns the draft resolution to Members of Parliament without including it into the agenda of the session and consideration at the plenary session of the Verkhovna Rada.

Finally. It may seem that the NABU director is inviolable in all circumstances. But it is not so.

The law foresees possibility of dismissal of the head of this body, if results of the audit conclude about the NABU’s inefficiency and improper performance of director’s duties. Such audit should be held.

Moreover, it is also necessary to extend the audit to the Specialized Anti-Corruption Prosecutor’s Office, which provides procedural guidance over the NABU investigations and coordinates major investigative decisions. After all, it is impossible to evaluate activities of the NABU without evaluating activities of the SAPO.