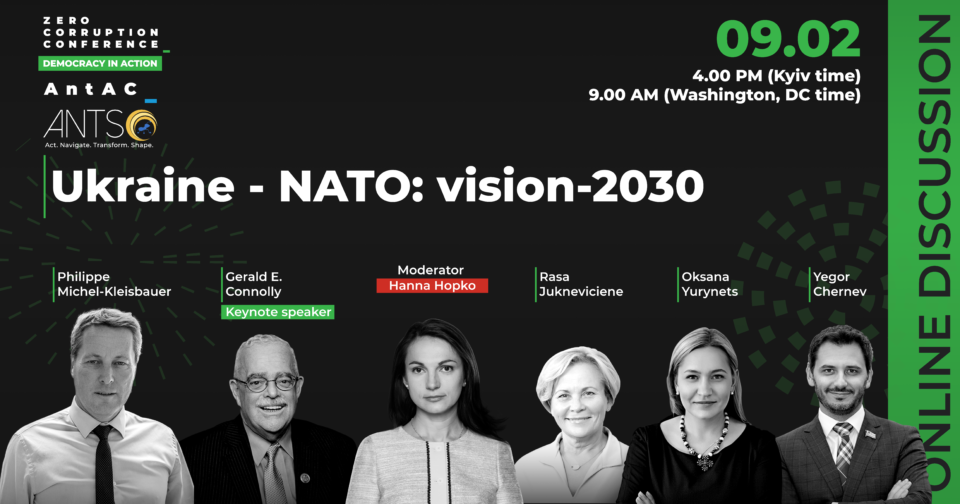 Discussion  “Ukraine – NATO: vision-2030” will take place on February, 9, at 4 pm (Kyiv time ). The event is organized with the support of a Chair of the Ukrainian Delegation to PA NATO. Link for registration

2021 sees Ukraine’s 30th anniversary of its renewed Independence as well as a change of presidency in the USA. Renaissance of TransAtlantic Relations is needed to respond to today’s and tomorrow’s security challenges which requires strengthening NATO as a powerful military, political and global Alliance.

It is an opportune moment to reassess the strategic importance of Ukraine in the post Soviet space but also in a global geopolitical context. A successful Ukraine would also demonstrate to Russian citizens that democratic changes work, that they benefit the country’s population and that Russian citizens can also opt for a democratic instead of an authoritarian future. Ukraine chose to move away from its Soviet past and the Russian sphere of influence to take its place in Europe and join the Euro-Atlantic community.

On February, 7 of 2019 Ukrainian Parliament incorporated into the Constitution the foreign policy priority and strategic goal of Ukraine – to become a member of the EU and NATO. Ukraine clearly chose to move away from its Soviet past and the Russian sphere of influence and to take its place in Europe and join the Euro-Atlantic community. With its abundant resources and significant potential, Ukraine can become a successful country, leading other countries of the region by its example.

Issues to be discussed during the event:

On January 28, 2021, Ukrainian Parliament did an important step towards making this goal come true, specifically started a reform of the country’s counterintelligence service, the Security Service of Ukraine (SBU). The Rada has adopted the draft law on the SBU, but it needs amending before the second reading to ensure it fully corresponds with best Euroatlantic standards.

The panel “Way forward with the SBU reform” will be dedicated to the achievements and challenges of building transparency and accountability in Ukraine’s defence and security sector. What are the key issues which need to be addressed? How to ensure the SBU is focused exclusively on its core activities? How to depoliticise the service? What needs to be done to build transparency and accountability in Ukraine’s security sector?