Home Новини Destroy Vovk's influence: how the President wants to liquidate the KDAC 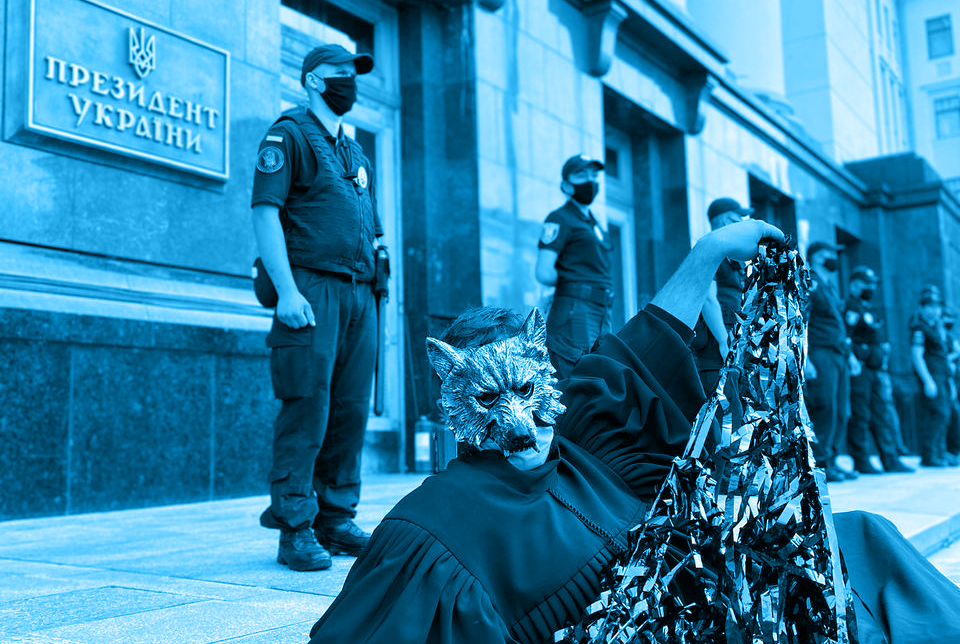 It is assumed that from the moment the law enters into force, the KDAC shall cease its work and it must transfer all cases within 10 working days to Kyiv District Administrative Court, which will consider them until the establishment of new court.

Liquidation means loss of powers for KDAC’s judges, but they will not be automatically dismissed and will retain the status of judges.

According to the Constitution, KDAC’s judges may be transferred to other courts if they pass a competition. The decision on transfer will be made by the High Council of Justice, the recommendation must be given by the High Qualification Commission of Judges.

“Liquidation of the court means that Vovk and Co. will immediately lose their influence. After all, these powers were the source of power and instrument of enrichment of the KDAC’s judges. At the same time, there is risk that the judiciary, controlled by judicial clans, will quickly return power to Vovk. To prevent this, we must defend qualitative restart of the High Council of Justice and the High Qualification Commission of Judges”, commented expert of the AntAC Galyna Chyzhyk.

The President identified the draft law on liquidation of the KDAC as urgent, which means that Members of Parliament should resolve the issue of including this draft law in the agenda of this session as soon as possible, and consider the draft law, in fact.

“Today, we need to support draft laws in the Verkhovna Rada on liquidation of Vovk’s court. It became clear, according to tape-recordings of the KDAC, on whom Vovk has influence. And voting for these presidential initiatives will show who does not mind replenishing safes of the KDAC’s head so far”, adds Chyzhyk.

We should note that the presidential draft laws appeared after new scandal around the KDAC. The NABU caught red-handed brother of the head of the court Pavlo Vovk on the bribe which he had to transfer to the latter.

We should recall that Zelenskyi’s draft law was preceded by petition on the presidential website with the demand to liquidate the KDAC. It received the required number of votes, namely 25,000. Later, the President responded to the petition and instructed to begin consultations with the High Council of Justice on the procedure of liquidation of the KDAC. This is formal procedure.

Liquidation of the KDAC as part of the procedure for reformatting local courts was supported by the High Council of Justice three years ago. In December 2017, the position of the HCJ on this issue was clarified by then-President Petro Poroshenko, but he changed his mind at the last minute to liquidate the KDAC.

We should recall that the KDAC is court that banned peaceful assemblies during the Revolution of Dignity, buried the investigation regarding Avakov’s backpacks, declared the nationalization of Privatbank illegal, suspended Ulana Suprun, and reinstated Roman Nasirov who was charged with corruption offence. The other day, the KDAC once again reminded of itself by the decision to “remove Artem Sytnyk from the position of director of the NABU”. You can read more about this court here.

In July 2019, head of the KDAC Pavlo Vovk and several other judges found themselves at the center of corruption scandal after court searches, publication by the NABU of tape-recordings of judges’ conversations and handing over of suspicions to judges regarding interference in the work of the High Qualification Commission of Judges. One year later, the NABU released new batch of tape-recordings from Vovk’s office and supplemented the list of crimes, in which judges are suspected by the creation of criminal organization and attempts to seize state power.