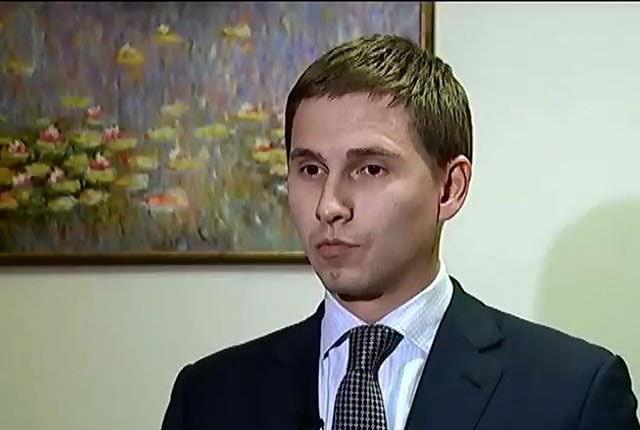 In June 2017, the Chief Military Prosecutor of Ukraine Anatolii Matios started relieving all military prosecutors from their duty to fill in electronic declaration forms, arguing that this is both a threat to their lives, and the lives of their families. Prior to this, more than 100 declarations completed by prosecutors had disappeared from NACP website.

We decided to check what the Military Prosecutor’s office management was trying to hide by removing the declarations of its employees.

A case in point is the Deputy Chief Military Prosecutor of Ukraine Dmytro Borzykh. In April 2017, his declaration was removed from NACP website for unknown reasons.

However, the “Declarations” project website has copies of his declarations. Thanks to this project we analyzed the declarations of Drmytro Borzykh for 2015 and 2016.

Dmytro Borzykh, originally from Luhansk, started his career as the Prosecutor of the Lenin district of Luhansk. After the Revolution of Dignity, he moved to Kyiv and started working in the Military Prosecutor’s office of the PGO where he became the right-hand man to Anatolii Matios. In November 2014, the President of Ukraine awarded him the medal “For Work and Valor” on Prosecutors Day.

The first case which involved Borzhykh, and after which he started to appear in the media was a domestic conflict between Yulia Tymoshenko’s lawyer Serhiy Vlasenko and his ex-wife Natalia Okunska in November 2013. The General Prosecutor’s Office was investigating this case in 2008 because Serhiy Vlasenko was a Ukrainian MP at that time, as was explained by Borzykh. Prosecutors predicted a two year jail term for Vlasenko if he was found guilty. However, Serhiy Vlasenko not only escaped punishment, but became an MP once again.

In June 2016, the blogger and the former employee of the Luhansk Prosecutor’s Office Serhiy Ivanov informed that Dmytro Borzykh, as the right-hand man of the Military Prosecutor of Ukraine Anatolii Matios, controls all conversion centers in the ATO zone.

According to Dmytro Borzykh’s delcaration, his salary was his main source of income. However, in 2015 it was quite high as for the prosecutor (more than 500 thousand UAH).

As to property, Dmytro Borzykh and his mother own a 72-sq.m. apartments in Luhansk and rent a 43-sq.m. house in the village of Ukrainka, near Kyiv. The prosecutor also mentioned his renting of 2 sq.m in a dormitory, which he identified as his place of official registration.

Borzykh did not mention his mother in the declaration for 2016. He now rents a much bigger house near Kyiv, namely, of 390-sq. m. in the village of Lisnyky (Kyiv-Sviatoshyn district).

A bird’s eye view of the house: 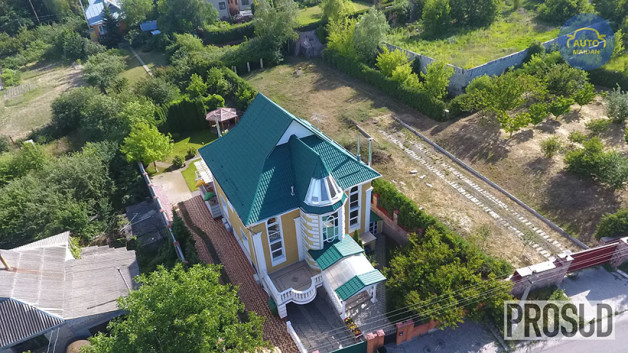 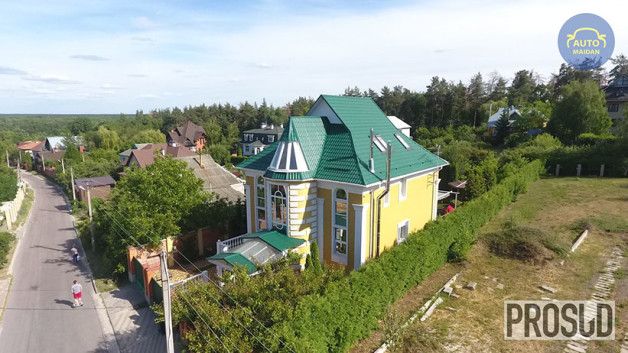 Borzykh’s declaration does not present any information as to the amount paid for the rent of the house. According to the rules of electronic declaration, information on expenses and agreements are indicated only if the size of the corresponding expense (the cost of the subject of agreement) exceeds 50 ‘subsistence minimums’, a sum established for able-bodied individuals on 1 January of the reporting year, and which stands at 80 thousand UAH. This means that Borzykh would have been permitted to not indicate such expenses in his declaration only if the they did not exceed 7 thousand UAH per month. This, almost unequivocally, is impossible for a house of almost  400 sq. m. in Kyiv suburbs.

Borzykh’s apartment in Luhansk also disappeared from his declaration; the income from the sale of immovable property (exceeding 500 thousand UAH) to a foreign citizen was indicated in its place.

The latter begs the question: what was the citizenship of the apartment buyer, since Luhansk is occupied by the military of the Russian Federation? It is far to assume that the new owner of Borzykh’s apartment is a Russian citizen. Then how does this correspond with moral standards?

Apart from 500 thousand UAH in income for 2016, Prosecutor Borzykh also indicated a car in his declaration, a 2006 Toyota Camry.

In November 2013, the photo journalist Max Levin pictured Dmytro Borzykh with Montblanc Thomas Mann pen, worth 1.5 thousand USD. Assets of this type should be declared. However, Borzykh failed to indicate any property in the line “other movable property (except vehicles)” in his declaration for 2015 and 2016. 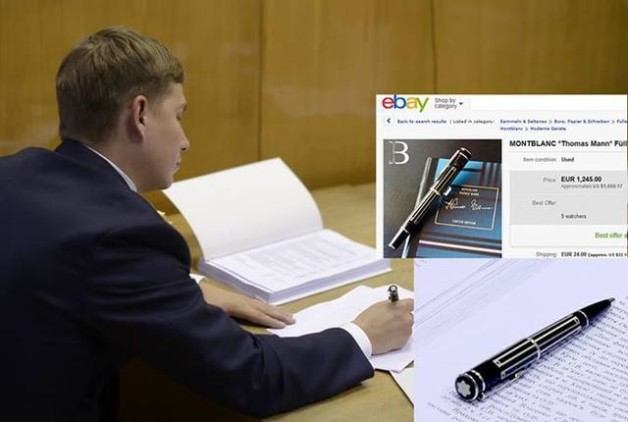 After analyzing Dmytro Borzykh’s declaration, we failed to find any information which could threaten his life. However, the declarations raise a number of question about the accuracy of the data declared, the hiding of his house’s rent cost and connections of the Military Prosecutor to foreign citizens on occupied territory.

This information will be officially passed to the National Anti-Corruption Bureau, the National Agency on Corruption Prevention and the General Prosecutor’s Office. PROSUD.